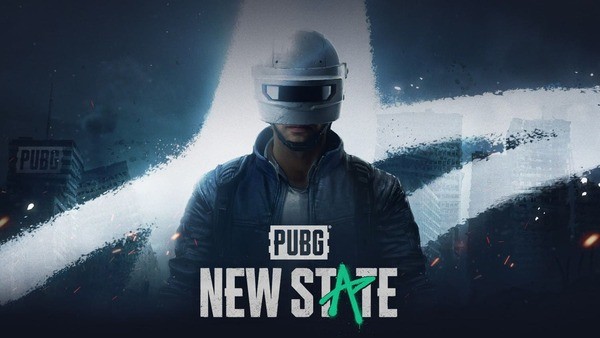 PUBG: NEW STATE is a new game in which you have to survive in a world with harsh conditions. Players have to learn how to fight, destroy 99 opponents and get the title of the best fighter in new royal battle. All actions take place in the new time. You have to plunge into the world of 2051, where the atmosphere of new technologies and developments reigns around. You can see the changes as soon as they appear on the map. There will be buildings filled with new equipment, both old and new electric cars waiting for you on the ground. In addition to loot on the map, collect dollars and buy equipment in the store. Take advantage of the drone by launching it into the sky to spot enemies. These and other innovations are now available in PUBG: NEW STATE.

Read our review to the end to find out all about the new game.

Fight in a wide variety of locations. You can jump anywhere on Troy map and start your journey from there. There is a huge area on the map, which tends to narrow. Every few minutes the zone decreases, so the battle will become even more difficult. Explore the area, cemeteries, kindergartens and even supermarkets to find safe areas and make strategic battle plans.

One of the fascinating moments is the locations themselves. They have a monument, large buildings, forests, open areas and much more. All this adds charm to the game. You can explore many buildings, find a wide variety of weapons and fight opponents. PUBG: NEW STATE also features new city designs. During the flight, you will be able to see a small 3D model of the map with the zones marked on it. This helps to understand the game and its locations from the very beginning. Also, do not forget about the zones that appear every few minutes on the map. These zones are dangerous and we don’t recommend to enter them, as you are playing in time, where the war is still going on.

Collect money and place orders right during the battle

PUBG: NEW STATE gameplay follows exactly the same rules as in the classic Battle Royale. However, there is also a difference – a store. In addition to loot in buildings, as well as on the corpses of killed players, you can find money to buy various things. For example, a signal flare to call aircraft with a unique drop. Weapon kits, folding shields, first aid kits, pain relievers, and gun ammo are available for money. After collecting the money, you place an order in the store and choose a delivery point. Select it in the immediate vicinity of you and wait a minute for delivery. The drone with the package is marked with blue smoke coming from it and all other players see it too. Your enemy can easily shut down the drone.

Revive a partner with a rocket launcher

Another interesting innovation is the Flare Gun – a disposable consumable that you can use at any stage of the game. Purchase it from the drone store with no purchase restrictions. With this device, each user has a chance to revive their teammate. Once you fire your green rocket launcher into the sky, select one of your teammates to resurrect. Revive allies even if they were killed within 90 seconds before being fired. They will appear on parachute to the place where you launched the rocket launcher. Animated players will not have equipment.

Electric cars in PUBG: NEW STATE are very light and move at high speeds. Thanks to modern materials and build quality, the chassis is not just lighter. It is stronger and more durable than conventional cars. Accelerate quickly but quietly and reach very high speeds with the Extra Acceleration feature. The power required to turn on the boost quickly draws energy from the electric battery, so use it sparingly. Keep in mind that driving in the blue zone will also quickly drain the vehicle’s battery.

Trams in PUBG: NEW STATE are an efficient form of transport that quickly moves you between locations. They do not stop and are almost invincible. Don’t get in its way, because you may not be able to withstand the blow! Trams follow a given route at a constant speed. You can see their routes on a world map. By the way, this type of transport has bulletproof glass, so you can watch your enemies relatively safely.

Use search drones in PUBG: NEW STATE for effective aerial reconnaissance to gain a tactical advantage and spot your enemies from afar. You will be vulnerable to enemies while flying a drone. Always keep your eyes open and be ready to get out of control to engage in combat with enemies on the ground. It is worth noting that the drone does not light up your opponents, so you may simply not notice the enemy.

The graphics in PUBG: NEW STATE are refined compared to the original game in terms of details and quality. In addition, the developers added all the animations of the hero from computer version of PUBG and introduced a new technique – roll. It allows you to hide from enemies behind obstacles. The project has good optimization, as it does not slow down even on medium devices. Developers transferred sounds completely from PC version of PUBG. Hear the shots from very long distances. You may not see the enemies, but you will perfectly hear the shooting. The same goes for transport. The sound when firing is very spacious and deep.

Death awaits you around in every corner. To protect yourself, we suggest downloading a mod with auto-aim function, which allows you to increase your accuracy greatly. In addition, we give you the opportunity to download the game in one file with a built-in cache in order to save time and nerves.

PUBG: NEW STATE is in alpha testing mode. This means that the game will still be actively refined and changed. In this regard, the mod may malfunction. If you have any problems in its work, then follow our updates to keep abreast of all the latest news.

As soon as you enter the game, you have to create a hero. You can choose from a man and a woman with three appearance options. It is impossible to create a unique hero here, but you can dress him up in a variety of skins. Since you don’t have much money in the first minutes of the game, you have to go straight into battle. Win and earn coins to buy different clothes for your character.

The game supports Solo, Classic Squad and Team Up Squad modes. You can select your preferred map and mode options on the map selection page in the lower right corner of the screen. Troy is the unique and only map available only in PUBG: NEW STATE. The game takes place in 2051. It is a new island with many unique attractions. The city has many unique locations, each with its own design and mechanics.

They allow for interesting and dynamic encounters with unique characteristics. Be sure to visit all the unique places in Troy during the alpha test!

One of the most interesting features of PUBG: NEW STATE is the ability to view your detailed statistics at the end of the match. View a visualized representation of your match details and key game interactions. Find your kills, deaths, headshots, match movement on the gameplay timeline. Use these key details to learn and strategize for your next match.

PUBG: NEW STATE is a new battle royale game that can compete with all similar projects. If you have not tried this application yet, do it faster.