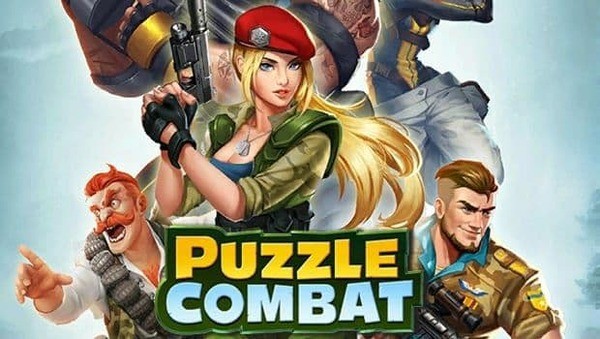 Puzzle Combat: Match-3 RPG is an unusual match 3 puzzle from the developers of Small Giant Games, which also combines an RPG strategy game. Collect bright elements in one row, accumulate energy and activate the skills of your most powerful characters. Fight against zombies in big cities of distant future. Hundreds of levels filled with the spirit of war and adventure await you. Here you can acquire an advanced base and a squad of valiant heroes with unique skills and properties. The main mode here is a single player campaign, but the rapidly growing complexity of missions will force you to familiarize yourself with other local modes in order to upgrade ump your squad. If you are fascinated by match-3 applications, then also download the Matchington Mansion. For RPG fans, we recommend Bloodstained: Ritual of the Night.

Puzzle Combat is very popular on the Play Market. What is the reason of such a success? Let’s figure it out now.

The gameplay of Puzzle Combat includes many components and you need to understand each of them. First, you need to learn awesome combat system that you will encounter throughout the game. The battles here focus on match-3 puzzle mechanics. It is necessary to collect rows from objects on the playing field. Each collected row turns into an attack directed towards the enemy. It is very important to emphasize the point that each character belongs to a certain faction with corresponding color and icon. At the top of the screen, you can see how the amount of damage depends if a character of one faction attacks a representative of the other. Please note that the squad must have representatives of all factions so as not to fall face down in the mud during the battle. 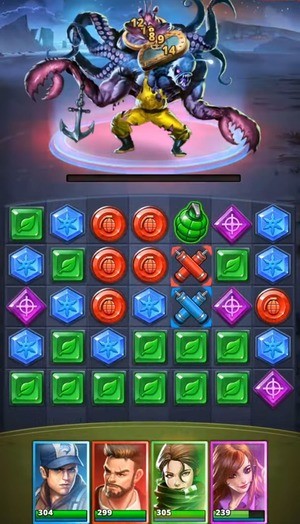 Immediately after starting the game, you get possibility of building a base in Puzzle Combat. This site has many empty areas that you need to fill with the necessary buildings. All buildings here focus on improving your squad. We are talking about the extraction of food, metal and increasing the number of recruits. By using metal, you can research technologies and make weapons for your fighters. Get food and recruits to train heroes of various rarity levels. In addition, general buildings give you the opportunity to plunge into the PvP gameplay. We are talking about setting up a garrison, viewing the logs of victories and defeats and so on.

The main game mode in Puzzle Combat is a single player campaign. Each of its levels is a battle, consisting of several stages. Moreover, you have to face the boss at the final stage of the level. The bosses here are combat vehicles and leaders of the Cobalt Army. In order to complete the campaign levels successfully, you need to visit other modes in order to maintain the optimal level of upgrading the squad. Other modes include various tests, raids, temporary events, hunting for resources and so on. All of these modes offer the same gameplay, but the rewards for winning here are different. As part of the PvP modes, you have to look for a suitable opponent in strength and fight with his squad, getting rating points and rewards.

The main task in Puzzle Combat is to complete many levels of match-3 puzzle. Therefore, you need to move the chips across the field, combining cubes painted in the same color. Three or more connected elements will immediately disappear, giving energy to the hero and striking the enemy. The more chips there are in one row, the more powerful the blow can be. Overall, storyline is very simplistic, and represents only periodically pop-up dialogues of main characters. Thanks to this, the player receives hints and immerses in the atmosphere of amazing universe.

Puzzle Combat has high-quality 3D graphics with carefully designed characters and all the objects of the base. In addition, you can also enjoy various sounds and pleasant music, which only contributes to interesting and high-quality gameplay. 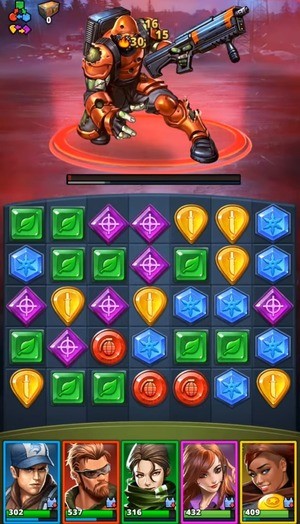 It is hard to argue that donation has a big impact in Puzzle Combat. Real money allow you to buy the strongest heroes, sets of weapons, experience boosters and much more. However, keep in mind that there are also enough free bonuses here. You can also upgrade a squad of heroes through daily rewards, bonuses received during quests completion and so on. However, if you want everything at once, then download our mod for unlimited money and enjoy the fully unlocked gameplay.

Adventure, combat and danger await you at every turn in Puzzle Combat. In addition to battles, you need to take care of the economy of your fortified base. Each inhabitant must receive his share of food and medicine, while the training of fighters must be an ongoing process. The strength of army and success of the campaign depend only on your efforts. Get ready for a top-secret mission, because now you are one of the Hawks members. Destroy enemy bases and destroy their soldiers!

Bottom Puzzle Combat gameplay screen features cards with your heroes, each of which corresponds to a specific color of elements on the field. Having filled the scale of energy, you can use a powerful skill and finish off the enemy. Each character has a unique set of skills and characteristics, which you can read about in the corresponding section. All you need to do is to watch the level of their health, because if it drops to zero, you will lose. In addition, each of the fighters has several options for improving in order to be one-step ahead of the enemy.

Another important part of the gameplay is the base. It is necessary to build various structures on it, such as a smelter (metal creation), warehouses, kitchens (food production), barracks (training fighters) and others. The more buildings you have, the more resources you can receive every day. Defensive structures are able to protect your base from sudden attacks of enemy troops, as well as from bosses. If it is easy to cope with ordinary opponents, then you will have to try hard to defeat bosses in Puzzle Combat. Do not forget to carry out various improvements.

If you are looking for an unusual take on the classic match-3 puzzle game, then Puzzle Combat: Match-3 RPG is worth downloading. Here you have to show all your strategic abilities to defeat creepy zombies, terrorists and mercenaries. Solve logic puzzles, use unexpected tactics and destroy the strongest bosses. The combination of several genres at once makes this game incredibly addictive.