Rage of Destiny is an awesome RPG from the developers of IGG.COM studio. Prove might and banish the hordes of demons from the peaceful lands. Gather a squad of the best heroes, arm and go on an adventure. Unite with other players, invite friends, communicate and develop together. Use tactics, factional features, specialization of individual heroes in order to form an indestructible army. Fight monsters of the god of death, as well as other users in the arena for fame, money and crystals/scrolls/hearts. It is thanks to the latter that you will be able to summon new heroes to your own squad. The game perfectly encourages beginners. You will have every opportunity to assemble a more or less cohesive and effective group of fighters almost at the beginning of the adventure. If you are interested in RPGs, then we have prepared Pocket Rogues and Immortal Diaries.

Rage of Destiny has high scores in official sources and good download dynamics. All the details are in our review.

The gameplay in Rage of Destiny is not much different from that of any other team-based RPG. Battles here take place without the participation of the user. There are two lines on the battlefield and the heroes fight with the nearest enemy. You can only choose the right squad composition, as well as choose the moment to apply the ultimate skill of a particular character. As soon as the hero accumulates enough energy, his porter will shine, after that it is enough to tap on him to apply the skill. They are both defensive and attacking. In addition, all heroes are divided into factions. For example, creatures of light focus on protection, point damage, strengthening and healing of allies. Grave-born specialize in attacking one hero and all without exception have the skill of vampirism, which allows them to heal. 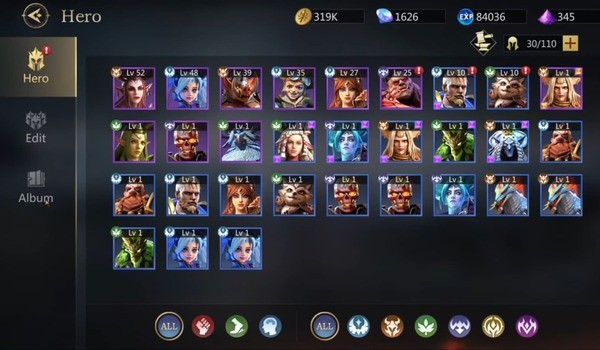 Combine heroes of your choice

Combine heroes correctly with each other in order to achieve maximum cohesion and efficiency of the squad in Rage of Destiny. Use faction bonuses to gain an advantage over your opponents. You can get new heroes in the tavern. For this, you need crystals, scrolls or hearts. In addition to the above features, heroes also differ in class. There are magicians, warriors to break through enemy lines, arrows and assassins, as well as knights. As you progress, you receive items of equipment. First select a certain fighter, click on “Put on equipment” button, after which the hero will try on the best from your inventory. All characters have several options for upgrades.

It is also worth mentioning passive earnings mechanic in Rage of Destiny, which developers closely relate to the story campaign. Here you have to go through levels, divided into specific chapters. Each level, obviously, will be more difficult than the previous one, and its completion can bring you more and more rewards. The speed of passive earnings directly depends on the level passed at the moment. Therefore, the further you can go the more rewards you will receive per unit of time.

You will also encounter a similar passage mechanic in “King’s Tower” mode, where you need to go through the floors of a high tower. Over time, you will also open up a PvP arena and all kinds of dungeons for earning experience, gold and equipment. A separate feature here is a peaceful city, in which you can, for example, upgrade your fighters, get additional tasks, play roulette, buy chests and much more. 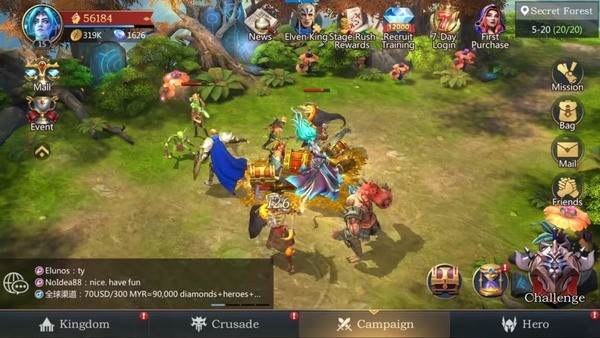 Undemanding graphics in the interesting visual style of Rage of Destiny. The game is not only perfectly optimized, but also very atmospheric. Together with its own setting, it provides you with a quick immersion in the gameplay. Enjoy epic music throughout the story.

For more convenient gameplay, we suggest downloading Rage of Destiny mod, which allows you to inflict maximum damage on enemies. It also activates god mode, which gives invulnerability.

Rage of Destiny allows you to participate in battles, which represent all the local game modes. It is worth mentioning right away about the local combat system, as it affects both the single player campaign and other modes. Here you need to collect a squad of fighters. It is noteworthy that you yourself can customize their location in battle. The battle itself takes place automatically, but you have the opportunity to use the ultimate abilities of the heroes when you see fit. There is also a fully automatic mode, when the whole battle takes place without your participation. If you win, then you earn experience, equipment, components for crafting and some in-game currency. 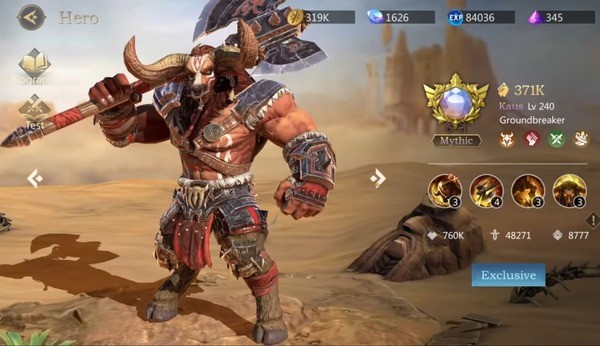 The rest of the modes in Rage of Destiny here serve to ensure that you can earn additional types of in-game currency to spend in special shops. You will definitely be pleased with “Mystical Labyrinth”, made according to all the canons of the roguelike concept. Go through special cells that involve performing an action or participating in a battle. Here you can find additional heroes and spend currency earned in battles on upgrading existing heroes and purchasing equipment.

Receive heroes here as part of special summoning rituals. Be prepared for the fact that you can often come across the same heroes, but process them into resources. In the process of forming a squad, it is worth considering that the characters have their own role, class, skills, strengths and weaknesses. Take care of the presence of a tank, a healer, a ranged fighter and so on, so that your squad can resist the forces of darkness.

Rage of Destiny is an interesting and addictive game that takes a person into a fictional world. The main character has to confront various monsters and demons that have taken over the entire planet.