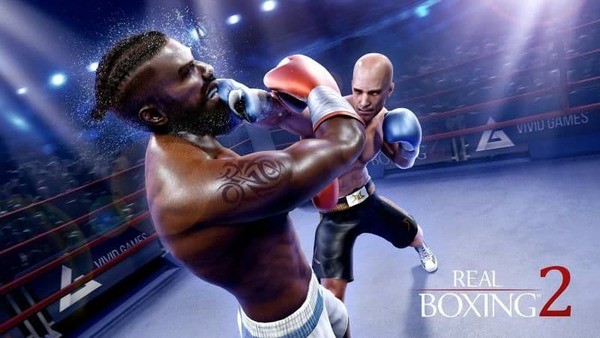 Real Boxing 2 is a game where a gamer is able to fight in a virtual ring with boxers from different countries and levels of training. However, the main emphasis of the game is in its realism – in order to enter the ring and win, you have to spend a lot of time in the gym. Train as much as you can, upgrade your hero, increasing his fighting skills and abilities. The purchase of equipment also helps in leveling-up. The developers offer gloves, underpants and mouth guards from the simplest to elite gold ones. As for the battles, there are more than enough of them in the game, but you need tactics and good defense to win! For fans of the sports genre, we suggest checking out Flip Master, as well as Sling Drift.

Real Boxing 2 simulator was developed by Vivid Games in 2015. To date, the game has over 5 million downloads and has a rating of 4.3. The age limit is 16+.

Stallone in a funny hat and fights from Creed’s face

Real Boxing 2 officially launched under the title Creed, marking a storyline based on the movie Creed: The Rocky Legacy. That’s why you can see Rocky (played by Sylvester Stallone) wearing that very funny hat on each loading screen. Boxing process is on behalf of movie protagonist – the younger Creed. You need to lead him to numerous victories. However, you can create your own unique fighter that can surpass both Creed and Rocky.

Creators developed this sports fighting game as a quality simulator, so it is not so easy to control the game at first. It takes some getting used to. Nevertheless, at the initial stage of your playthrough, there are not so many battles. The game movements are limited to the classic set of blows. Moreover, opponents are not too strong. In addition, you have access to training in the gym, where you can improve and hone skills of your fighter. All this allows the player to fill his hand and properly prepare for important matches. During the walkthrough of Real Boxing 2, the player has new opportunities both in attacking actions and in defense. You also need to get used to them in terms of control, albeit not for long.

The simulator assumes receiving awards not only for successful battles, but also for completing tasks. By the way, the mini-games in Real Boxing 2 deserve special praise. They are diverse, simple and well-rewarded. In addition to prizes for victories, the player increases his rating, which allows him to assert himself among many players from all over the world. You can even assemble own team to qualify for team and unique personal awards and prizes.

The game is excellent from the very beginning. The graphics are not just excellent, but very realistic. This is not surprising, because the developers made Real Boxing 2 on Unreal Engine 4. This engine ensures the realism of what is happening on the screen. Excellent special effects allow the player to feel the entire gameplay in his own skin practically. Well rendered graphic elements add dynamics and naturalness to Real Boxing 2.

The sound doesn’t let down in the game either – the design of the wave corresponds to the general game spirit and individual game processes. Therefore, the battle soundtrack helps the gamer feel the atmosphere of a boxing match in the big hall. The sounds of the training can help you to cool the ardor.

The developers tried to create a simulation as close as possible to real life. The gameplay involves not only endless battles in many arenas, but also training the hero chosen by the player. That’s why you have to improve his fighting skills and equipment. All this requires funds that the player receives in the process of walkthrough. Usually, lack of funds prevents gamers from holding several fights in a row. By downloading the version of Real Boxing 2 with unlimited money mod, you remove some game restrictions. Therefor you get more freedom in actions and choice of behavior. Access to unlimited money makes the game even more interesting and exciting!

Our team tested the functionality of unlimited money mod. Based on the test results, we can confirm that mod works properly and perfectly. In order to take full advantage of this modification, just install it on your device. No additional steps are required. In addition, we tested the game with antivirus software to rule out the possibility of any malicious utilities. 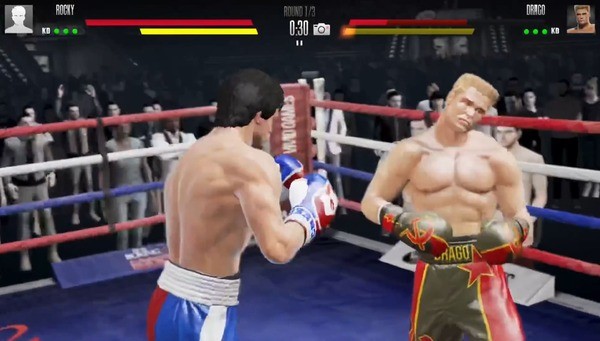 A distinctive feature of the Real Boxing 2 gameplay is control. Since the game strives for maximum realism, the player have to adapt to the buttons and movements in order to maximize the effectiveness of strikes and series, as well as reflect the attacks of opponents. The game is not suitable for every smartphone. It requires high performance and a constant network connection to access all game functions.

Real Boxing 2 is a game for real men with realistic graphics and endless opportunities to show yourself in the arena of one of the brightest fighting games of recent years!

How to install Real Boxing 2 Mod?

Don’t forget to delete the original version of Real Boxing 2 before installing our modified version to prevent errors during installation process.