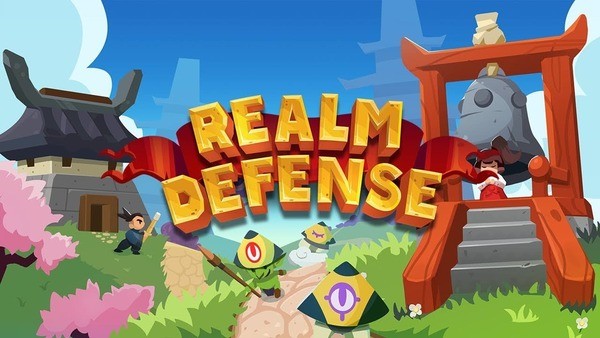 Realm Defense: Hero Legends TD is a fun strategy game with nicely rendered graphics and classic tower defense gameplay. The key task of the player: kill all enemies attacking in waves and prevent them from passing through the built defense. There are four types of towers at your disposal: warriors, archers, magic and cannons. Moreover, it is impossible to upgrade each tower several times. There are also heroes who are able to move freely throughout the map, as well as magic elixirs and summoning magical creatures. Spend points on upgrading towers to get maximum power and defeat the most dangerous bosses. The player is waiting for a high-quality strategy in which an exciting gameplay, more than 40 levels with additional challenges and different worlds with unique types of towers. If you are interested in strategies, you can also download Fly Corp: Airline Manager and Dawn of Titans.

The forces of evil have gained sufficient strength and now keep the surrounding villages in fear, not giving their inhabitants peace. However, you have to clear these lands from the monsters infesting on it.

Save yourself from the invasion

In terms of the gameplay, the developer did not bring anything new. We have two points on the map, sometimes there are more of them. The essence remains the same – from one part of the map the enemy enters the level and at the second point passes into our domain. Task of players in Realm Defense is not to let the enemy enter the realm and kill him on the way. Fortunately, the enemy moves only along the trajectory thought out by the developers in advance. There is a path on the virtual field, or paths, only along them the enemy moves.

There are points along the edges of the paths where you can place your defenses and repel enemy attacks. It is worth noting that the game has become more casual because the developer initially chose the most advantageous positions for the attack. You only need to put the right towers there and repel enemy attacks. This is good on the one hand, but you are not allowed to defend flexibly on the other hand.

You have 4 types of towers in your arsenal – an archer’s tower, a magician’s tower, a knight’s tower and a cannon tower. Building towers costs a certain amount of coins, as well as their subsequent improvements, of which there are a lot. You should not mindlessly put the same towers around the entire perimeter in the hope that they will have time to kill the enemy before he passes further. All towers in Realm Defense have their own characteristics and each of them is necessary to win. For example, a building with knights gives you two fighters to fight enemies. While the knights are fighting off the attack, you can shoot the enemy from the cannon with cannonballs that deal damage in the area. Add arrows or a magic beam here, and you get a rather formidable force, although, of course, the game is not so simple.

In addition, a hero participates in the defense, at first one is available to you (later on, you will open others according to the scenario) with special abilities. The heroes are an archer, Lancelot the knight, a ninja, a rabbit with a sword, and so on. Heroes become stronger increasing their level and enhancing their special abilities.

Get rewards with coins for winning Realm Defense missions. Spend on buildings and improvements, as well as bottles of energy to upgrade heroes and participate in the next missions. In addition, use crystals (due to which you can hire new heroes) and stars to develop tower skills. As the game progresses, complete quests and get rewards.

The graphic component of Realm Defense is at the proper level – picturesque landscapes, colorfully drawn units of enemies and heroes, and animation of everything that happens. The sound row will also delight you with its diversity. Loud discharges of cannons, howling of monsters, whistle of arrows and the clang of metal – all this disposes to complete immersion in the battle taking place on the screen.

To feel as confident as possible, we suggest you download Realm Defense Mod APK, which allows you to activate god mode.

Realm Defense players need to take everything into their own hands and try to do everything possible in order to end this endless war finally. You have at your disposal a huge number of different structures that you can build to protect the territory. The main task is not to let a single enemy hero pass through your defense. Place the towers wisely and balance your forces well so that you do not have weak points and you can kill all enemies that get too close.

Each destroyed enemy brings you rewards that allow you to pump your warriors during the level and after the main battle. That is why you need to be ready for the next fight, which promises to be even more difficult. After all, this time terrible bosses can go, which is many times stronger than ordinary characters. Also, do not forget to develop your state in order to remain in the top of the strongest players. Explore new locations and conquer enemy lands to expand your empire. Daily tasks will be available to you, which will open up funny surprises for you!

This is not to say that Realm Defense is the best game in the genre. However, if you want to play something from this genre and you have time for this, then this project is worth trying.