Red Ball Super Run is an excellent time-wasting game that is a continuation of the adventures of the red ball, loved by gamers from all over the world. The new version has even more levels and locations, opportunities and dangers, as well as many other things. The application is an arcade platformer – a genre that is very popular today. It is very easy to play here. All that is required of the player is to move, jump, destroy enemies and collect items. The gameplay of the project focuses on the confrontation between the protagonist (Red Ball) and the antagonist (Black Square). The main mode in the game is single-player. It is available without a network connection. Thanks to its extremely simple controls, as well as cartoon graphics. The application is popular with children as a simple and exciting hobby. Be sure to check out also Hotel Transylvania Adventures.

If you are interested in this concept, then read our entire review to the end. 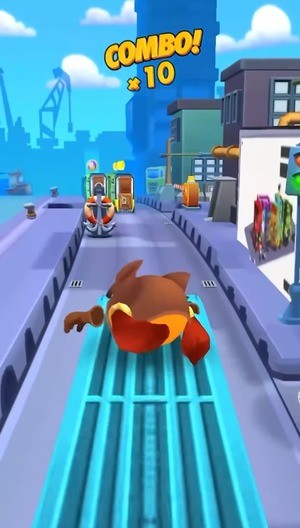 The gameplay mechanics of Red Ball Super Run are extremely simple, but the difficulty of the passage itself grows with each new level. At first, everything seems quite simple. You can go through the first few stages quickly. The further you move, the more obstacles appear on the way of the hero. The goal is to get to the very end, destroying the villains. In addition, there are obstacles to movement. You have to substitute boxes in order to jump higher or, for example, push stones, filling the abyss. There is a kind of puzzle here.

Jump over enemies to defeat them

Enemies in Red Ball Super Run are some cubic creatures, vicious and insidious. To defeat a simple enemy, it is enough to jump on top of him once, and he will disappear. The main thing is to avoid collisions side by side. Hit armored cubes twice and you will need to tinker even longer with giant bosses. Having reached the first of them, you will already understand that the game is far from so easy.

There is a huge angry cube at the last level of each location, who, among other things, has as many as 6 lives, depicted as black hearts. It is necessary to hit six times directly from above to count the victory. Everything becomes more complicated when the leader begins to call on his minions. You have to switch to them, as you will definitely die.

The gameplay of Red Ball Super Run is a combination of a corridor adventure and a puzzle. Control a red ball that rolls from one level to another. You must avoid the henchmen of the main villain or destroy them using other objects, such as boxes or stones. In addition, you will encounter puzzles as you progress through the levels from the very beginning. Solve them with the help of ingenuity and logic, as there are simply no tips in the game. For example, in order to jump to an area that is too high, you need to “drag” a block that he came across earlier. 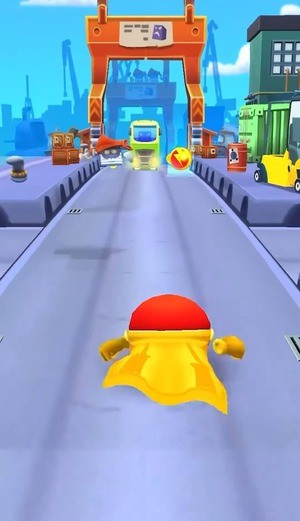 Red Ball Super Run features animated 2D graphics, which does not significantly load the device’s processor. You can run the game on almost any medium. Playful music will sound during your adventure.

Download Red Ball Super Run Mod APK for unlimited money. It will allow you to purchase skins and more.

There will be a large number of obstacles on the way of little round hero will in every possible way can prevent him from passing the level. In addition, enemies will also appear in the form of cubic enemies. Scattered all over the map are golden stars, which are analogous to coins in arcades and platform games. 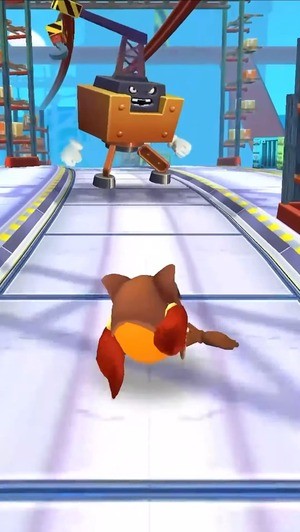 They are an important part of the game mechanism in Red Ball Super Run, since it is impossible to explore the world around you and move around the map without them. To unlock the next location, you need to collect enough stars.

Otherwise, you will have to replay everything repeatedly. The interface is pretty straightforward and simple. In the left corner are the player’s lives, and in the right is the scale of points. By collecting stars, you can fill it. Full scale will take you to the next level.

There are enemies in the game have a form of black cubes with sharp teeth who will try to harm the protagonist. All opponents are divided into several classes: moving and stationary. Touching any of them means immediate death. You will have to go through the level again. However, not only enemies can take away health. If you touch a dangerous object, then the round will also be over.

The only way to defeat enemies is to jump on their heads. This method is a classic skim for many platformers. Having struck correctly, you can hear the sound and notice the scoring. The enemy will disappear, and the ball will be able to move on.

You need to go through several levels in order to clear them in zones on the general map. A boss awaits you at the end of the zone, which is very difficult to pass. The bosses will only get stronger with each new location.

This series certainly pleases fans not only with an excellent plot, but also with graphics, music and dynamics. Kids will definitely enjoy Red Ball Super Run, although adults can also enjoy the fun atmosphere.