Respawnables is a Team Fortress-style mobile shooter in which you have to kill crowds of enemies in endless battles respawning repeatedly. Collect points, gain experience, develop and save thousands of killed enemies in your statistics. There are no plot any special moral background. The developers don’t make you think about what and why you are doing. Simply every time you click on the big button in the main menu, you get into battle. Sweep like a hurricane across the battlefield and bring the pain of defeat and gritting teeth to opponents. For shooter fans, we also offer Space Marshals 3 and Gangstar Vegas.

Respawnables is a shooter that has won the hearts of over ten million players and one and a half million of them have left their positive reviews.

Respawnables developers did their best on the locations and made it possible for players to find workarounds during any battle. A large number of routes in locations, coupled with their multilevelness, provide a huge scope for the use of a wide variety of tactical solutions. Using a wide variety of weapons, you can approach an unsuspecting enemy from behind, from the side, from above, from below. All that awaits him after such a maneuver is surprise and anger. The enemy is back on the respawn and you got another kill in your piggy bank. Don’t think that you are invulnerable and all enemies are stupid dummies. Enemies often use such tactical decisions against you, so always try to control all the paths leading to you. 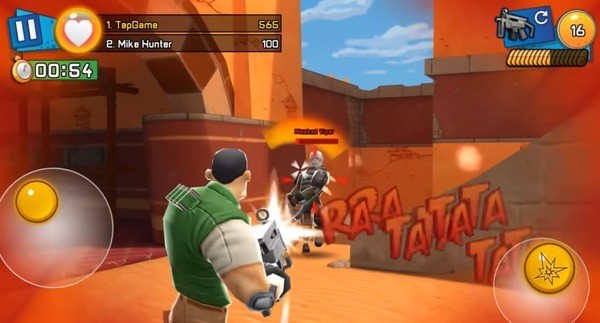 Weapons that give opportunity to try different gameplay

The developers of Respawnables provided the player with a huge arsenal of different weapons to choose. Each gun provides the opportunity to use different battle tactics and taste completely different combat options. Using shotguns, you need to follow ornate paths along a large number of routes in the location, trying to get around the enemy so that he does not notice it. Use this tactic to get close enough to the enemy in order to inflict only one decisive blow on him and take another kill in your piggy bank. You can choose a long-range weapon. Find a corner with small number of paths where you can see the whole map – the round is yours. Choosing different weapons and adjusting your tactics to it, you can dominate any opponents.

Respawnables is similar in many ways to the famous Team Fortress series, but is not a copy or analogue. The game resembles a hat simulator only in visual style. The gameplay is still completely different. The main game element in Respawnables, as you already understood, is respawn. No matter how many times you died, until the very end of the round you constantly revive and go into battle again. This allows you, in the event of a careless decision, to find and take revenge on your offender.

There are two modes available – single and team. Single player, as the name implies, allows you to enter the battle and fight with a large number of players. Team mode comes down to standard wall-to-wall death match, where you can win the round only by a common effort. You don’t have to worry about the bullets – they are endless, you just need to reload the weapon and shoot again, grinding enemies into powder. 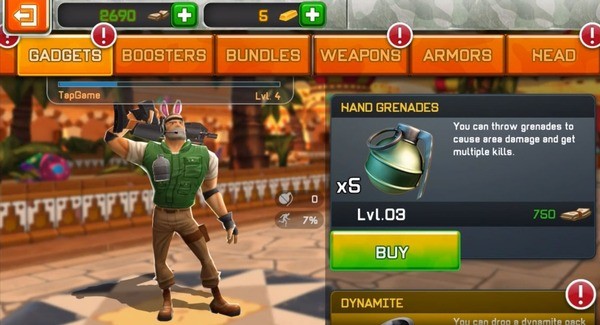 Respawnables offers players a glimpse of a detailed game world, with cartoon graphics that evoke positive emotions and smiles. The developers have done a great job, providing the player with the opportunity to enjoy the visual component of the game. Overall, interface is simple – two sticks floating on the screen, a ammo slider in a clip with a reload button and a grenade throw button. Nothing superfluous and distracting. The game has driving music that accompanies you during the battle and a simple melody in the menu.

Respawnables has a wide assortment of different weapons and items for character customization, but most of it is available only after donating or earning a huge amount of in-game currency. We provide you with the opportunity to access all game content at once and destroy enemies with any weapon. You just need to download our mod for unlimited money and gold in Respawnables and dominate your opponents!

After installing the mod, an unlimited amount of money appears on your account. You can spend all these riches on weapons and skins for your hero. We have tested unlimited money feature for Respawnables and can confirm its high quality and safety. 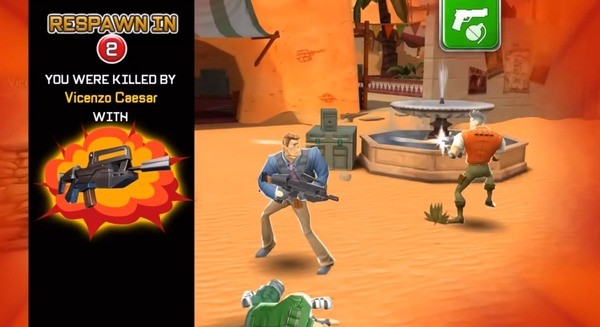 The gameplay in the game is simple – kill enemies, reload weapons, change them, run across multi-level locations, die and repeat again! The point of the game is precisely in the endless revival, so do not be afraid to go for risky maneuvers. Therefore, you lose only a few seconds, again making your way through the location to the place where you died.

Respawnables is an excellent shooter with detailed multi-level locations, playing which you can get a lot of positive experience and drive. Just equip yourself as you want, choose the right map and go on adventure. Try to reach the top after each battle to become famous among local players. Use your tactical thinking and gather a team to become the best on a filed in different multiplayer modes.

How to install Respawnables Mod?

Don’t forget to delete the original version of Respawnables before installing our modified version to prevent errors during installation process.