Retro Battle is a casual game from Yso Corp. Become a random person with a gamepad in hand. All that is required of you is to approach passers-by on the streets of a big city and challenge them. All passers-by are conditionally divided into beginners, advanced and professionals. This means that it will be easy to play with someone, and very difficult with other one. The very first game is a banal clicker. Just tap the screen faster than your opponent and win. However, later the tasks will be more sophisticated and exciting. The collection of games growth – there is a store for this. You can buy them for candy. By the way, we also have other casual apps like Tall Man Run and Hidden Bay Museum.

If you are looking for interesting and unusual games, then download Retro Battle. 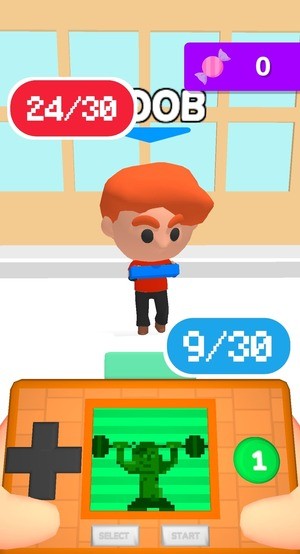 Participate in dozens of mini-games

Plunge into the world of fun games scattered throughout the location. You go out into the city with a gamepad in your hand and there are many passers-by around. Above each of them hangs a sign: noob, casual, hardcore, hacker, pro. Accordingly, noob is the easiest to play with. The first task is to tap on the button simply. Whoever presses up to 30 times faster wins. If you win, you will receive some candies. Use this in-game currency to purchase new games. You will also receive games for success. Unlock a new game gradually or instantly by watching a half-minute commercial.

When player wins the very first game, he will be able to get another one. It is an analogue of tanks on Gameboy. Just control the tank by shooting at the targets. Don’t forget to compete with your opponent. The one who destroys more obstacles faster wins. You can unlock a game where you have to jump over barriers or play baseball with a bat. The main thing is not to immediately approach a strong opponent. First practice on beginners and only then increase the difficulty.

Another feature of Retro Battle is the local shop. It stands alone on the map. Approach it and look at the assortment. There you can buy new games like Car Fighter, Blob Man, Dino Run, Bubble Smash, Space War, Samurai Attack and more. The price of games varies. Some are quite cheap, while others are very expensive. Purchase all games with candy. Apart from games, there is nothing else to buy in the store, but the assortment of mini-games there will become bigger as you progress through the app. 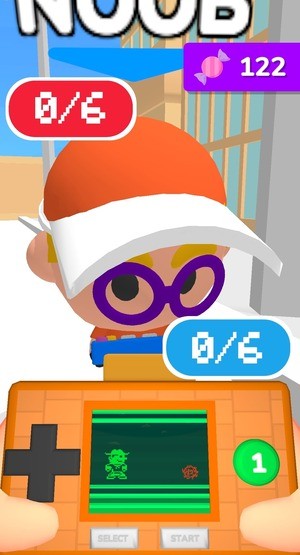 The graphics in Retro Battle are very simple and uncomplicated. The character models are in 2D, and most of the mini-games are reminiscent of those on the GameBoy. Actually, this is clear from the name of the game.

The game made quite a splash among a wide variety of users. It failed to achieve a high rating for many reasons, one of which is advertising. Users say that there are so many ads that it takes more time than passing levels. Disconnecting the game device from the Internet in this case does not help, as the game starts to freeze and even crash. The only solution to the problem is a mod that disables all ads. In you can get free items without watching ads addition, thanks to the mod. For example, immediately unlock a new game, rather than waiting for several levels.

Yso Corp Studio is a rising star of the Play Market. All activities of this developer are directly related to the release of unusual timekiller games that may well surprise with their gameplay and themes. In the studio’s library, you can easily find a wide variety of arcade products that will satisfy your thirst for competition, leveling characters, fighting games, puzzles and much more. Retro Battle is exactly such a project, where you need to fight in a large number of mini-games and win. Go from beginner to pro, unlock all games and become the best. 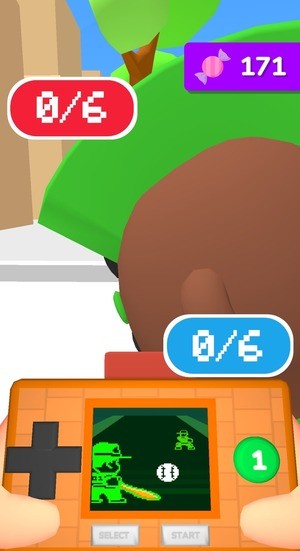 Retro Battle is a fun game with competition and collection elements. Collect mini-games, complete them and challenge passers-by, including professionals.