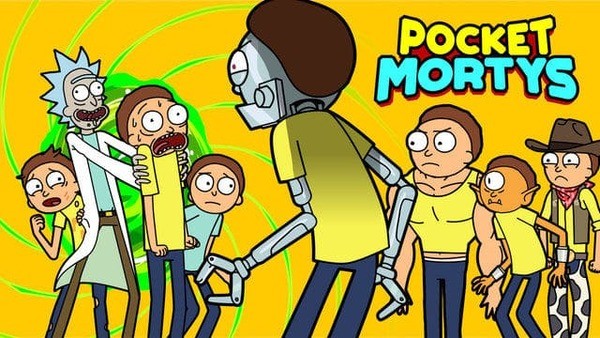 Rick and Morty: Pocket Mortys by [adult swim] games is the original Rick simulator from the legendary animated series. Find and train different Mortys from many universes. If you have long wanted to experience the madness of the fictional world from the original picture, then this application is for you. Look for new Morty, train and improve their skills, attack other Ricks, earn a rating in order to assert your leadership in all worlds. The project is inspired by the original idea of ​​the series, so it will be perfect primarily for fans of “Rick and Morty”, but the rest of the players will have something to do here too. Rushing through many universes, you have to collect as many of assistants as possible and fight the same Ricks from parallel galaxies in order to find out who is cooler! We also recommend downloading Tap Dungeon Hero and Car Mechanic Simulator 21.

More than 10 million Play Market users have already downloaded the app. Join and download Rick and Morty: Pocket Mortys to have a fun time with your favorite cartoon characters.

The storyline plays an important role in Pocket Mortys. Here you will get acquainted with Rick’s new hobby – training various Mortys. There is a tournament in the Multiverse, in which any Rick who trains his Mortys can take part. To do this, the coach needs to defeat opponent wandering around the world, subdue him and develop him in every possible way in order to win spectacular battles. As you might have guessed, the project is a certain parody of the Pokémon franchise.

Throughout the entire time of the gameplay, you will explore various territories and fight enemies. As the battles passed, you earn experience and increase the level of your fighters. The higher the level of your hero, the more abilities are available to him in battle. You will also meet small towns on your way with other trainers and NPCs walk around, issuing side quests.

The reviewed product offers you to become a real trainer who leads your fighters into battle. As fighters, they use various characters that you could see in original animated series. It is worth noting that each hero here has not only unique characteristics and abilities, but also belonging to one of the categories. 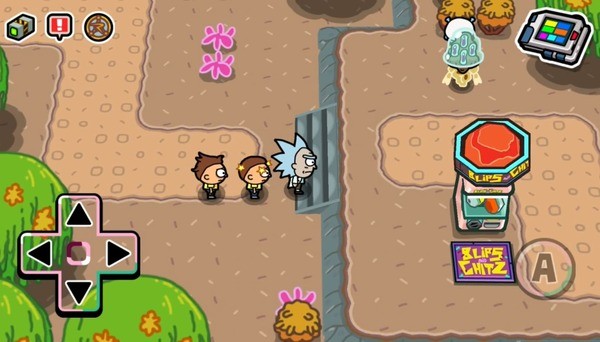 Battles in Rick and Morty: Pocket Mortys are rock-paper-scissors. For example, a Morty with a Rock Attachment has a number of bonuses against a Fighter with a Scissor Attachment. This principle offers you to gain an advantage even in a losing battle. End of each fight brings you precious experience that raises the level of both Rick himself and all of his charges. With increase in the level of the trainer, you will unlock all new passive bonuses and opportunities to somehow strengthen the squad.

Plunge into the fascinating world of 1v1 battles using the skills of your minions in multiplayer mode. See the weirdest special tricks in form of a hairball or a poison bite! Use the mortipad to collect data and learn new abilities. Raise your prestige and defeat other players from all over the world. Capture new companions and create an invincible team. Fight endless opponents and show them your boundless strength.

In between Pocket Mortys battles, you need to communicate with NPCs to receive side quests that promise you pleasant rewards. You also have the opportunity to walk around the small town with a variety of shops. Buy consumables to use in battle, new Mortys, experience boosters and much more. All this is available to you for local currency, which you will receive during battles and for completing tasks. 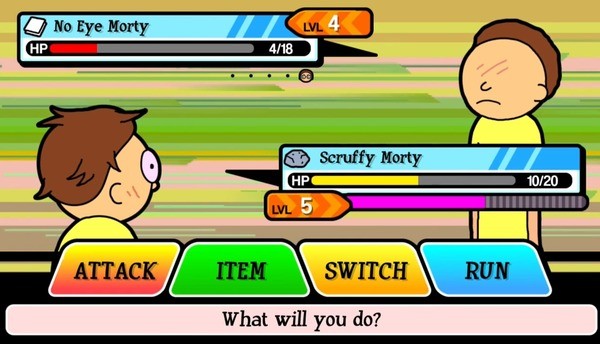 You will definitely like the design of locations in style of your favorite cartoon. All characters and stages that you meet as you progress are present in the original universe. Meet many parallel worlds in which not everything is the way you are used to seeing. Some characters do not look like humans at all, and their appearance will make you wonder and even laugh at the evolutionary process. In addition, you can enjoy the author’s voice acting of your favorite characters.

Real money in Rick and Morty: Pocket Mortys can help you to buy local currency. These additional capsules drop the rarest fighters and various power-ups. As part of the storyline campaign, you will not feel an imbalance between donators and ordinary players, but players who are ready to pour real money have a noticeable advantage in multiplayer modes. To neutralize this advantage, download a mod for unlimited amount of tickets.

Synthesize your first mate and join the battle. Each Morty has its own incredible abilities that you will use throughout the game. Watch the level increase and develop skills the way you want. Mix, match, and build the perfect Pocket Mortys team, each one complementing the other’s flaws perfectly. Create the perfect balance for attack and defense! Defeat the portal guard at each location and open up new dimensions, getting valuable badges. 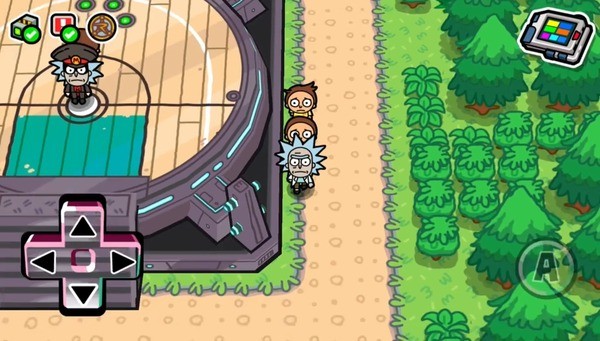 Travel across dimensions and locations. Find lost companions who do not have their own master. Compare the characteristics and try to catch a new companion by fighting with him. Wear him out in the attack and use all your abilities to beat and catch him. Use a chip that allows you to control a new minion and get a huge collection. Spend chips with every taming and frequently replenish your arsenal by completing side quests and bonus missions.

Rick and Morty: Pocket Mortys is a great way to re-immerse yourself in the atmosphere of the original project. Although the very specific gameplay may alienate a beginner, it definitely deserves attention, as well as the concept of the game as a whole.