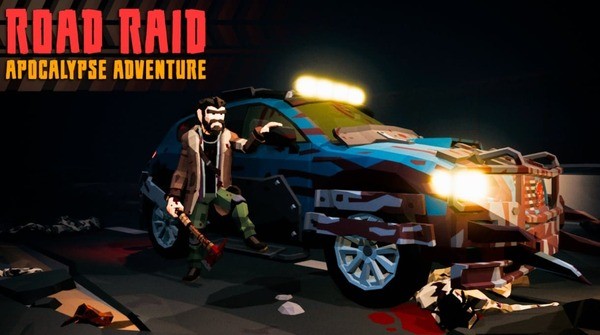 Road Raid: Puzzle Survival Zombie Adventure is a puzzle game created by one developer with a dark world and an interesting storyline. The old way of life no longer exists, an unknown virus quickly spread across the planet, which led to the collapse of human civilization. However, not all people have become zombies. Playing as a man named Arthur you have to challenge gangs of marauders and zombies, which you will certainly have to face. Travel the world and meet new survivors or marauders on the way. The most important thing is to solve logic tasks to move boxes. You have a certain number of moves at each of the levels, so there is no room for error. If you like logic games, then also try Braindom and Brain Wash.

The project in question gained more than 10 thousand downloads in a short time. Its average rating is 4.5 points. Users note interesting puzzles and plot, but scold the game for a large amount of advertising.

Dark world of a post-apocalyptic city

The protagonist of Road Raid: Puzzle Survival Zombie Adventure is the wanderer Arthur, who moves around the city in his car. His first task is to get some fuel for the car, but this is extremely problematic, because zombies roam everywhere in the city. To solve their problem, you have to get out of the car and go on first adventure.

It is worth noting that the developer tried to make the most authentic atmosphere in his game. When you just travel around the city, you see rubbish everywhere, abandoned and broken houses. In addition to the items necessary for passing, you can see half-decayed corpses of zombies, boarded up windows and barricades.

Road Raid: Puzzle Survival Zombie Adventure is all about solving puzzles. In general, the game features sokoban style, where you need to move the boxes to progress through the levels. Your character needs to go from one point of the location to another, simultaneously pushing the box. At the same time, the hero has a limited number of moves, so consider this fact.

If the first levels are rather educational (you will not have trouble), then everything will become much more complicated further. There will always be a shortage of moves, while the correct decision will be far from obvious. Do not forget about the various obstacles that constantly appear at the location, limiting your moves. In addition to the aforementioned boxes, these can be sharp spikes, bandits and much more. You need to be smart and resourceful to go through everything.

Customize your hero and his car

The main character of Road Raid named Arthur can be dressed in several types of clothes during the playthrough. You can pretend to be a police officer or a worker, which change your appearance. The hero’s vehicle is also changing. At the very beginning, he drives an old car that resembles a buggy, but later he can change to a jeep or even a tank. In addition, there are several other fun effects in the app. It is worth noting the possibility of turning on the VHS shooting mode, but you can do it only for real money. 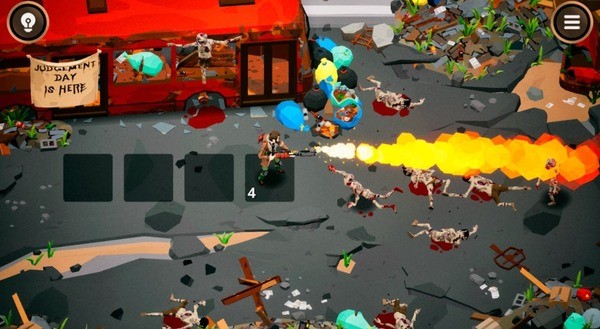 Take advantage of the tips

If players of Road Raid: Puzzle Survival Zombie Adventure face with insurmountable obstacles, then they can always use a hint that highlights the right moves. To get a hint, you need to watch a short commercial. The hint icon is located in the upper left corner of the screen in form of a light bulb.

As already mentioned, Road Raid: Puzzle Survival Zombie Adventure is a very atmospheric app that is memorable from the first minutes. It has great plot, graphics, and soundtrack. You will definitely be in suspense from what is happening around you. Difficult puzzles will only add interest to what is happening.

Some levels of the application are extremely difficult. To go through the next location, you can take a hint, but you have to watch an annoying commercial for this. If you do not want to waste your time, then you can download the mod for an unlimited number of tips. Thanks to it, you can avoid difficulties during the passage. 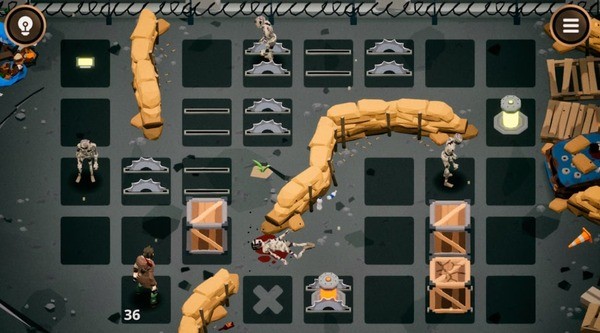 Do not forget that at each level the character has only a limited number of moves. Think in advance about the correct and optimal route, because there will be no time to go back. If something did not work out for you, then you can always click on restart or, as a last resort, use the hint. Reach the checkpoint and complete a dangerous mission.

The main character of the game will also be able to change weapons during the passage of the storyline. Initially, he has only iron bar that can hit enemies and move boxes. However, you can acquire, for example, a flamethrower to burn zombies already at a distance. This and many other weapons are available in the app.

Road Raid is an unusual puzzle game in interesting setting. The application has an age limit of 7+, so it is suitable for almost all gamers.