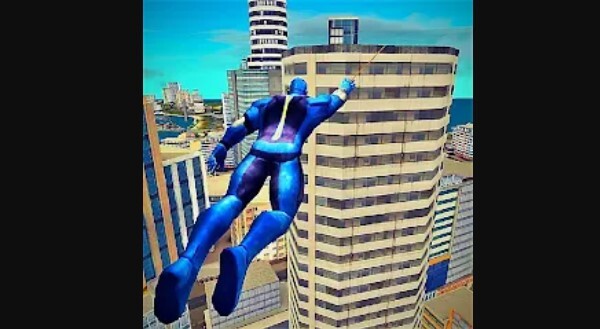 Rope Hero Mafia City Wars – dress up as a superhero and use various gadgets and weapons to cleanse the city from evil. Only you can stop the chaos that is happening on the streets of the city. The police are already powerless, civilians are afraid to leave their homes and every bandit is just waiting to steal something. Use the rope and feel like a real spider-man who can move around the city at breakneck speed. Jump on the buildings, use your combat skills and help bring the city back to a peaceful life. For action lovers, we can also offer Archer Hero and Gangster Crime: Mafia City.

Rope Hero Mafia City Wars is a new project from Naxeex Robots, which has absorbed all the best from the old parts about the adventures of a superhero. Thousands of downloads and good ratings speak for the quality of the project. However, is it really so? We invite you to read our review and find out the truth. 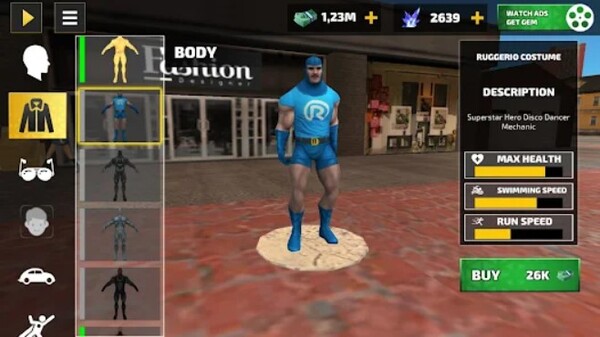 Each mission in the city involves a real fight with entire gangs. In other words, any duel requires appropriate preparation. To do this, you need to pre-purchase weapons, special gadgets and even vehicles that will solve such problems. Your attention will be available not only ordinary cars, but also tanks, planes and helicopters.

Special attention deserves special aircraft that you can use both for military operations and for ordinary travel around the city. In fact, your character is strong enough and in addition to the rope, he has super strength in his arsenal. However, it will be much more fun and enjoyable to play with additional elements on hand.

Travel around the city

Your hero has the right to rest, so in your free time, you can just move around the city. Use vehicles to travel, conquer the highest skyscrapers and try to make the longest possible jumps. You are free to do whatever you want. There are no restrictions in terms of entertainment. High-quality drawing of city streets and maximum detail will obviously not leave you indifferent. 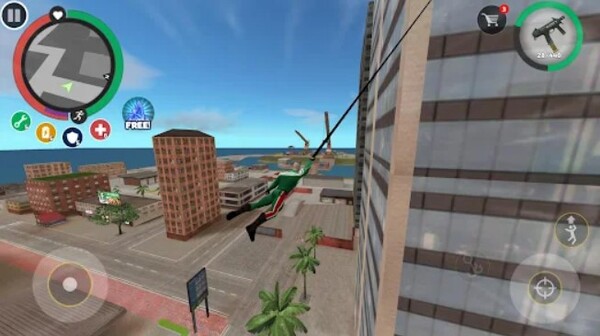 Choose your own path

If you suddenly get tired of fighting bandits in Rope Hero Mafia City Wars, you can choose another let and take the side of evil. The game campaign has many tasks that can make you a famous superhero or the king of the underworld. Join the fight for glory or personal gain – it is up to you. In any case, you are the most powerful person in this city, so no one will argue with you.

Fight the cops, make a mess on the street or just get away from the chase. On the other hand, come to the aid of the police and help eradicate crime on the streets of a major metropolis. Moreover, no one bothers you to combine business with pleasure. During the day, you can be a superhero, and at night turn into a genius of the underworld.

Destroying bandits is a noble cause, but not always profitable. However, the hero will need costume upgrades, skins, and various upgrades. Download Rope Hero Mafia City Wars Mod APK to unlimited money for all your needs. 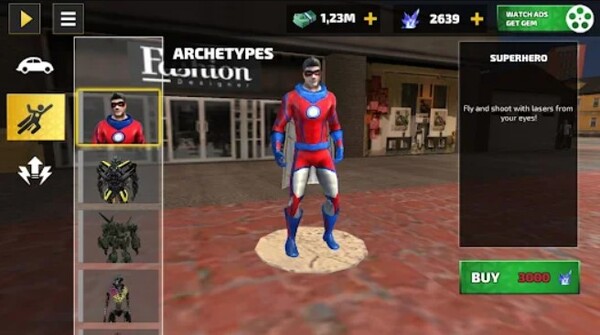 Rope Hero Mafia City Wars can actually be called a quality project. It is up to you to help the funny blue superhero win fame by fighting crime in the big city. To do this, you can use a large arsenal of various weapons, as well as superpowers. For example, you can use the endless rope to quickly move through the streets or move on the roofs of buildings.