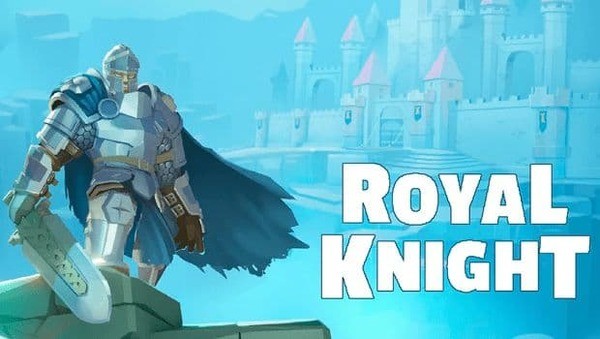 Royal Knight – RNG Battle is RPG in a medieval setting from ONESOFT. Fight with other knights using various weapons, skills and tactics. However, battles are not the only goal of this project. You also need to become the king of the castle by making your way to the throne. Starting with a simple page, you can gain prestige among your subjects and lead the kingdom in battles. Your adventure only begins, because you still need to protect the castle from attacks of other conquerors and skillfully manage your people. Fight exciting battles and upgrade your castle. Arrange massive events while watching your own kingdom. This project combines several genres at once, which is its main feature. Among other RPGs, our team recommends American Dad! Apocalypse Soon and Hero Wars.

Royal Knight – RNG Battle appeared in official sources in December 2020 and is in Early Access at the time of this writing. Nevertheless, we can already share our first impressions of the project.

A large part of the adventure comes down to fights held in 1v1 mode. Choose your fighter and put him into battle against your opponent. There can be several opponents in total, like your fighters, but they can fight only in turns. These are turn-based battles, when players make moves in turn. Each hero draws four skill cards and uses them one by one, taking life from the enemy. The most important thing in Royal Knight – RNG Battle is to watch who oppose you (even before the battle) and choose the right hero based on your observations. You need to choose the right weapons, armor and skills for him. The one who runs out of lives loses. By the way, different characters also have different lives, so keep this in mind before the battle.

Be smart to win

Correct tactics and strategy of the battle in Royal Knight – RNG Battle are extremely important. Therefore, we recommend you to study all the necessary aspects carefully before each battle. First, see what skills are on the list of your deck. Since you know your opponents in advance, you can choose the most vulnerable skills for them. For example, if the enemy has very heavy armor, then use magic spells or take a heavy hammer as a weapon that can penetrate the opponent. You have a choice of all the heroes in collection before each battle, but you can only choose one. By the way, you have the opportunity to learn skills of the defeated heroes after the battle. Just choose which characters will get this or that skill.

Despite the interesting battles in Royal Knight – RNG Battle, this is not the only thing, because you still have a huge castle. It is home to your characters, who need care and protection. At the beginning of the game, you can use only castle building room, knight’s room, mercenary room, forge and kitchen. Subsequently, you can add new floors. For example, build a gold mine room that can bring you profit. Each building fulfills its specific function. Forge allows you to craft and make new weapon or armor, while the knight’s shop offers you to equip character and choose combo set. Prepare for battle in the best possible way by starting with improving your castle!

Royal Knight – RNG Battle can delight users with good graphics and clear portrayal of characters. Already at the very beginning of the game, you can choose the appearance of your hero. Moreover, all types of weapons and armor have its own unique appearance. In-game sounds are clear and realistic, but things are worse with music.  During the battles, you can listen to the same soundtrack, which starts to get very annoying after five minutes.

Our team offers you to download Royal Knight – RNG Battle with mod for free shopping. Using it, you can seriously strengthen your characters and get much more chances for a successful outcome of the battle.

We checked out Royal Knight – RNG Battle mod. Now, when you acquire any weapon, equipment or learn a skill, money amount on your account only increases. Note that game still is in Early Access, so it continues to be developed and therefore may be unstable. However, in general, there should be no interruptions in modified version functionality. Install this exciting game on your Android devices and enjoy the amazing gameplay.

Royal Knight – RNG Battle is a fun RPG with city simulation elements where you can control castle instead of city. Prove that you are the best not only in battles, but also in economy. Come up with your victory plan in order not only to keep the kingdom under control, but also to develop it. Become a great king and make your name remembered by entire generations.

Manage resources wisely, train new mercenaries to turn them into killing machines. Learn all new skills and make powerful combinations for maximum damage. Finally, build up the castle with new rooms and become the most powerful ruler in the area.

Royal Knight – RNG Battle is a fun and addictive role-playing game in which many users can find something interesting for themselves.