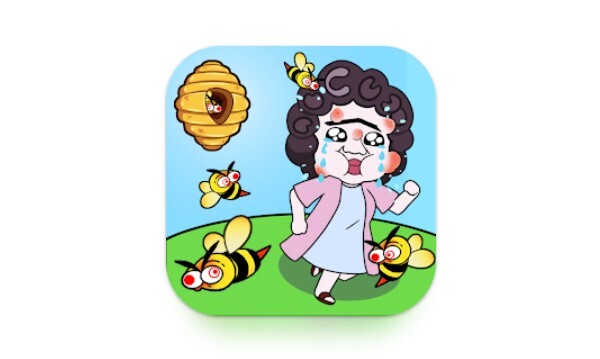 Save The Women is a new game from WEGO Global in which you have to become the protector of unfortunate women. Draw a regular line that can protect the lovely women as well as other colorful characters from the bee attack. Hundreds of different levels are waiting for you, so don’t lose face and defend yourself for as long as possible to get the maximum reward. If you like such projects, then we can also offer you to download Save the Pets.

Save The Women was born on the wave of the trend, after the resounding success of similar projects from other developers. In general, the mechanics remained the same. The only change are the rules. We will tell you more in our review. 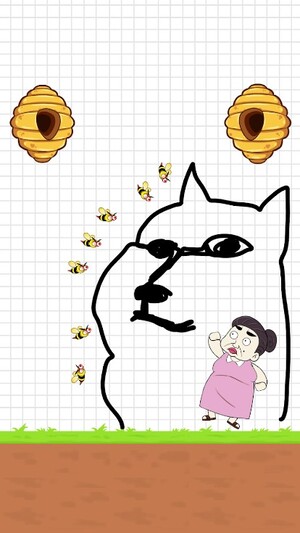 Old rules in a new way

Against the backdrop of the popularity of such projects, many developers decided to create similar games in order to keep up with the wave of hype and make themselves known. However, a simple carbon copy of the project with a change in the main characters could hardly surprise anyone. Moreover, each creator can give completely different skins to his project. That is why WEGO Global went the other way and decided to entice users with modified rules for successful completion.

So, the main rule remains unchanged. You still need to solve the puzzle by drawing a minimum defensive line. Again, this nuance is optional. In other words, if you cannot get stars for completing a level, you will still move on.

On the other hand, the developers have made life easier for the players and decided to reduce the time of active defense during the attack of words. If in other similar projects you needed to fend off bees for 10 seconds, then here this parameter was reduced to 6 seconds. Thus, you will have less to worry about the integrity of the drawn structure in the later stages of the game.

Draw a line to protect the woman from bees and many other life-threatening attacks. You can draw tricks, walls, shelters and any kind of defense to help the little man survive. Learn to draw lines creatively, develop logic and develop your brain. Try to complete all levels and save the main characters. 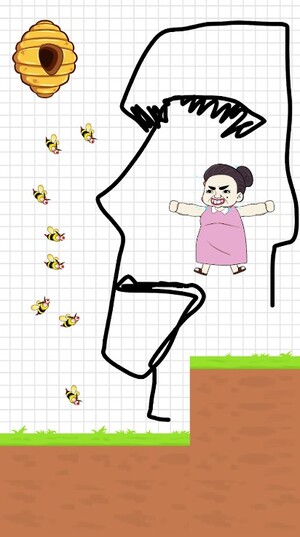 After you finish the drawing, the most interesting thing will begin – the test. It is necessary that the character not only survive, but hold out for six seconds, only after that you will be credited with victory and you can move on to the next stage. Victories allow you to unlock access to new locations and nothing more. You can get clue keys only by watching short commercials.

As such, you will not see graphics and level design here. All the action takes place on a blank sheet of paper with various obstacles, beehives and a woman you need to save. These puzzle games always rely on addictive gameplay, which Save The Women boasts.

Download Save The Women Mod APK for unlimited amount of money and gold that you can spend on different skins and hints for successful completion of levels. Be the first one to complete the game fully. 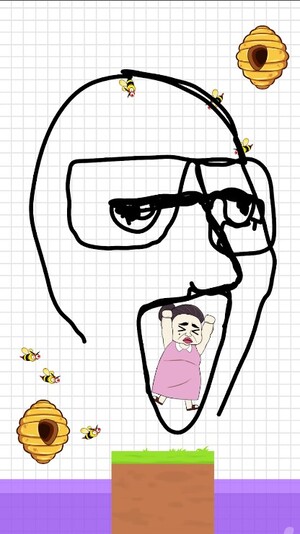 You are given several options for each challenge in Save The Women, but only one of them will be correct. Are you ready to make a choice? Think about each situation, put yourself in the place of a girl and make the right choice. Will you save the woman or will you lead her to death? Check it out right now!