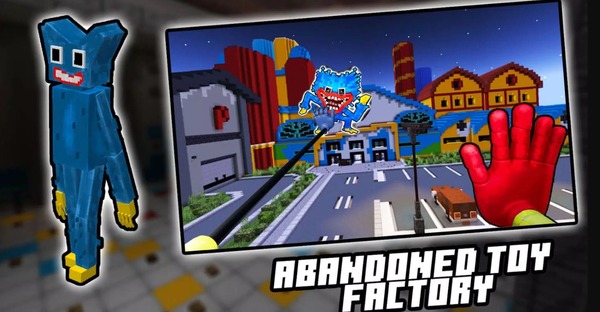 Scary Escape: Chapter 2 is a modern horror game with a great atmospheric component, in which your character have to wander alone at night through an abandoned toy factory, constantly facing many interesting puzzles to solve in order to get out of there. There is not a soul around, huge halls and office premises, old production mechanisms. Meet toys that people have obviously forgotten in some places. It seems that no one is there, and the factory is abandoned. However, something strange is happening there. Stay alone with the toys and obviously not for having fun. Figurines, on the contrary, are fraught with danger. You need to explore all corners of the factory, avoiding a direct meeting with the “inhabitants”, solve puzzles and move on. If you like exciting games, then download Nextbots In Backrooms: Obunga.

Scary Escape: Chapter 2 is a huge success with users, as it has already more than 500 thousand downloads. If you are interested, then read on.

Scary Escape: Chapter 2 is an exciting game that contains horror elements, interesting adventures and many puzzles. With all this, it is necessary to avoid meeting with the crazed animatronic toys, which have turned from cute clowns into merciless killers. All the actions of the game take place in an abandoned factory where animatronics were once created. After the closure of the enterprise, all functions stopped.

One night, the mechanisms started up without permission and began to create toys that burn with the thirst for murder. Your hero is tasked with investigating the factory, finding the reason for the start of obsolete mechanisms and, if possible, permanently shutting them down. The contract did not mention the information that crazed toys roam the building.

Scary Escape: Chapter 2 has a large collection of all kinds of puzzles. The solution brings you two kinds of effects. The first is to open doors to run away from enemies or hide and wait for a while in a dark corner. The second aspect offers you unique power-ups that allow you to scare away toys.

Both of these effects allow you to survive until the morning, when the animatronics hide in unknown places and turn off until the next night. The game continues until the hero finds the control panel and turns off the power system. It is also necessary to destroy the animatronics with the help of provoked accidents from out of control mechanisms.

Immerse yourself in the battles of Scary Escape: Chapter 2 and take the negative character that you like. Run through labyrinths of various sizes and attack any enemy you meet with your current weapons. Apply spikes, poisonous claws, melee and firearms, special combos.

Each horror character has his own personal abilities, parameters, ability to attack near or from a long distance, setting traps. Players have to act according to their tactical ideas, apply different skills, collect items and potions and accumulate special energy to activate superpowers.

According to the plot of the game, the main character ended up in an abandoned toy factory. Previously, production did not stop and made a variety of toys, delighting children and adults around the world. Something terrible happened and the factory had to close along with the toys that stayed unsold. The protagonist wants to know what exactly happened in this ill-fated place and why it is extremely dangerous to be in the factory at night.

The main character can hack electrical circuits and service terminals using special tools. Everything would be fine, but you will not be alone at the factory. Mechanical toys come to life and set deadly traps in all rooms, be careful not to fall into deadly traps. Meet Poppy, Catby and of course Huggy. Throughout the game, you have to covertly and silently move through spacious locations, solve intricate puzzles and avoid the eyes of animated toys.

Scary Escape: Chapter 2 is a real survival game for the main character. Huge rooms are dark, tangled corridors, many doors. It is not clear where the exit is, but it’s up to you to find it.