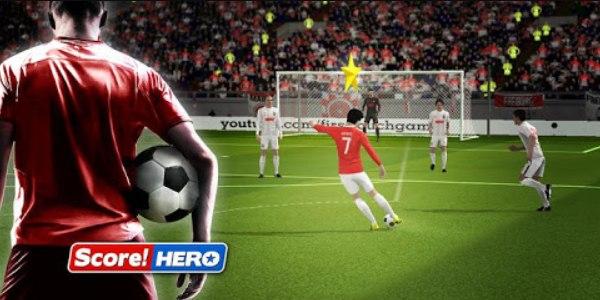 Score! Hero is a mixture of arcade and simulation of a sports game like soccer. The main essence of the game is as follows – you have an opportunity to play a game moment, which should lead to the result in the form of a ball in the goal. There are no truths familiar to us from other football simulators – we cannot directly influence the players – artificial intelligence is responsible for everything. Our task is only to draw the trajectory of the ball from the player who owns it, for a shot, a cross or a pass. The speed and direction of the ball will depend on swipe with your finger.

Despite the gameplay simplicity, this game has been popular for several years. Let’s see what advantages it offers.

There is nothing to say about control in Score! Hero – it is simple, primitive and understandable, probably, even for the smallest child. We look around from right to left by swiping our finger across the screen and draw the trajectory of the ball with the same finger. What could be easier? At first glance, this looks like a simple task, but in fact, everything is much more complicated, since you have to think through each of your maneuvers on the playing field several steps forward in order for the attack to be successful. At the same time, if the opponent took the ball away, the goalkeeper caught it or the ball flew out of bounds, you have to start your attack again. 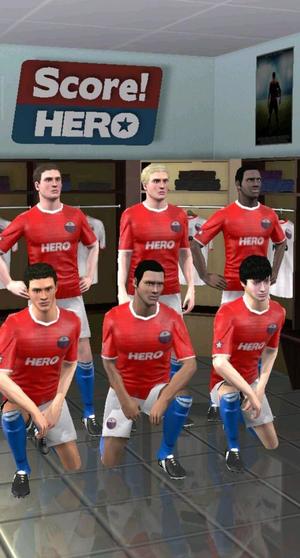 Complete about 300 levels and become a football guru

Score! Hero has the story mode in form of seasons divided into levels. For example, in the first level you need to score from one or another position, in the second you need to pass and score after that. The options are gradually becoming more versatile, and the opponents are more intelligent. It won’t longer be possible to stupidly pass in front of the opponent’s nose and score into the bottom corner right next to the goalkeeper. Here, tactics will come in handy with the ability to swipe your finger across the display correctly. In any case, the levels are interesting and make you constantly think with your head and gain skills. 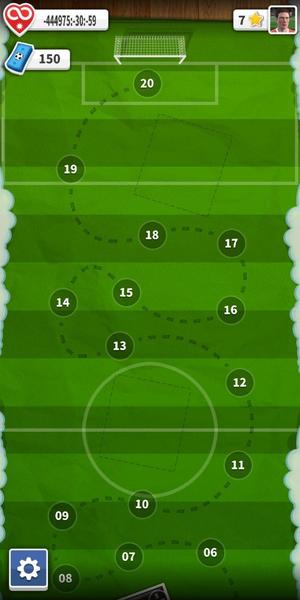 At the very beginning of Score! Hero, we choose the appearance of a football player, whom we will play later. To some, this aspect won’t seem so important, because you may not pay much attention to its appearance, but for real football fans this opportunity will be interesting. As you progress through the game, you have dozens of options for hairstyles, beards, hair colors, game form options and ability to rename your hero and assign him your favorite number. Overall, the game has everything you need to create your own copy.

Gradually, our footballer becomes popular, as he receives invitations from famous teams, signs up with sponsors, changes clubs and earn decent money. Such a manager of a football player, if you wish, but taking into account the game component and all the important elements that bring pleasure and excitement. 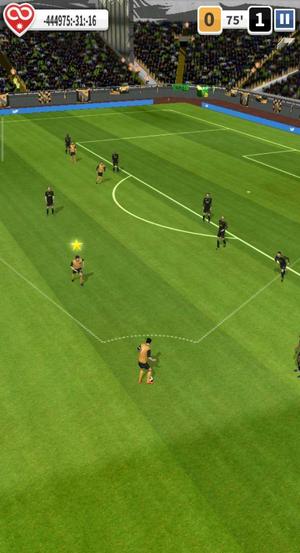 Play even without an active internet connection

Perhaps the key feature of Score! Hero as a representative of the time killer genre is the ability to stay connected to the gameplay even without an active Internet connection. Regardless of your location, you can always immerse yourself in a world of serious battles and score goals on vacation, at work or on the way home.

Score! Hero doesn’t differ in mediocre graphics, but at the same time, it does not terrify with it. The picture is quite good, without any major flaws. The player models have high standard graphics, and they don’t look ugly, as often happens in games of this genre. The game developer deserves credit for the well-crafted soccer player animations that are better than some games positioned as soccer simulators. The developers also made the sound component at a generally good level. Fans, kicks, ball touches, commentators all have their own sounds. 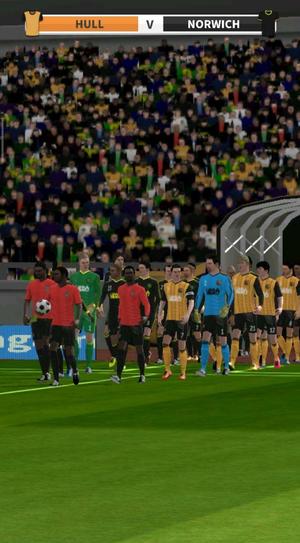 Score! Hero is a free game, but the developers have implemented a micro-transaction system in it, which allows you to buy in-game currency, and most importantly, energy. You have the opportunity for real money to turn the moment back on one-step. For example, you shot inaccurately on goal after five accurate passes. If you don’t want to pay – just start playing the level from the beginning. Each pass spends energy and when it is over you can wait for its replenishment or pay with real money.

However, we can offer one more scenario – download a modified version of Score! Hero, in which you receive unlimited money and energy after the first launch. Thanks to these features, you don’t have to wait for energy replenishment, and pass the levels almost without waiting.

We tested the mod for unlimited energy and money on our devices. Based on the results of our verification, we can guarantee its functionality without crashes from the game. 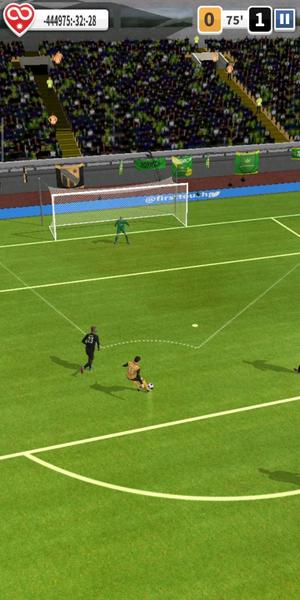 In order to take advantage of the modified version of Score! Hero you need to download it from our website and install on your device. All the above-mentioned  advantages become available immediately after the first launch.

A few words about personal impressions of the gameplay. As we said above, there is nothing difficult in the game, just as you progress through you have to come up with sophisticated options of dealing with opponent’s team. Additional hero customization options and the ability to select career milestones have been added here just for the ultimate immersion in the gameplay. Build an attack, score the goal, unlock new levels and repeat the cycle again.

Score! Hero catches from the first seconds of the game with its simplicity and originality, even people far from football. However, after a short period, disappointment occurs in the face of ended “energy”. As a result, the whole point of the game comes down to short 10-15 minutes intervals of the gameplay and hourly expectations of energy recovery – if you don’t buy game currency. That’s why the game is more suitable for those who like to pass the time, for example, playing on a smartphone in public transport. Moreover, you can try World Cricket Championship 2, if you want to play more sports games.

How to Install Score! Hero Mod?

Don’t forget to delete the original version of Score! Hero before installing our modified version to prevent errors during installation process.