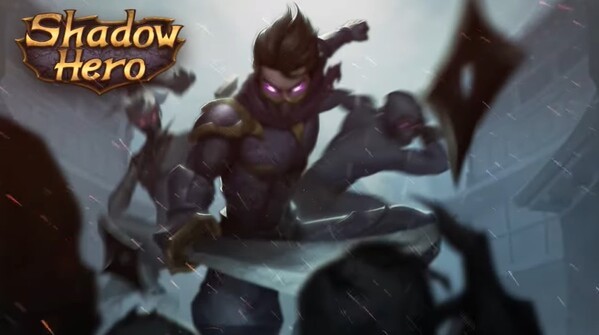 Shadow Hero: Idle Defense – a strategy game in which you will control a ballista and great heroes while defending your castle. The gameplay of the project is that the user takes control of a large ballista, which stands on the castle wall. At this time, the player is constantly attacked by hordes of enemies that must be destroyed. You can do it manually. Point the weapon at the enemies or turn on the automatic mode and enjoy the gameplay in peace. To make it easier for you, hire heroes who will help you defend the city with their arrows and shurikens. Also, do not forget to pump the castle and ballista to achieve success. Download also Kingdom Maker and Guns up! Mobile.

Are you able to fight back all the enemies in your path? Find out by downloading Shadow Hero: Idle Defense.

Deal with all enemies

Try to cope with the waves of enemies that attack your castle. The fortress has health and mana indicators. You need to understand that even if the enemies reach the walls, you will still have time to fix everything. The main thing is to kill them until they destroy the structure. In general, there are two game modes – normal and automatic. You control usual ballista, which is at the top. It shoots herself in the automatic mod. You can only activate the superpowers of the heroes and the gun skill, which increases damage.

Over time, one ballista will not be able to cope with the flow of enemies, so you will need help. You can try many heroes of which there are several dozen in Shadow Hero: Idle Defense. As is often the case in this kind of game, the characters here are divided into categories depending on their elements. They predominantly use ranged weapons, be they arrows, shurikens, spears, or magic. Once per minute, you can use a special skill that powerfully hits the area. Initially, you have no access to the heroes, as they become unlocked gradually. In total, five slots are available, that is, a player can put up no more than five heroes in battle.

Upgrade your turrets and base

Shadow Hero: Idle Defense is not pure strategy, it also has RPG elements. This means that the project provides for a pumping system. You will be able to upgrade base and turrets to have a better chance of success. By the way, new slots for heroes open only after the castle is improved. For example, the tenth level of the base will be required for the second hero on the wall.

This requires money. In addition, various passive skills will be unlocked upon reaching the levels of the base. For example, all damage taken reduces by 15 percent after level 70 and short-term invulnerability that you can use after level 20. As for the ballista, it becomes stronger when pumping and its skill will be even more deadly.

Shadow Hero: Idle Defense has great and well-animated graphics presented in 2D side view. There is also a 3D format, which will be during your leadership of the kingdom. The visual special effects are also great and you will be pleasantly surprised every battle.

There are two main currencies in the game – money and diamonds. If you want the development of your base to be fast, and the defense against enemies reliable, then use Shadow Hero: Idle Defense mod for unlimited money and diamonds.

Shadow Hero: Idle Defense offers you to rule small kingdom that you will lead as soon as you start your gameplay. You have a treasury and a barracks where you can mine gold and increase the number of soldiers who will guard your possessions and attack enemies one by one in order to conquer new lands and rewards. After all, the main point is that the entire gameplay takes place at idle.

As soon as you exit the game, the gameplay will continue and the next time you enter the game you will receive your reward. Complete the tasks assigned to you as well earn even more rewards and unlock new upgrades for your kingdom!