Shortcut Run – original racing game for mobile devices on Android platform, presented on October 16, 2020 around the globe. Here the user independently paves his way through special boards. Take part in stunning competitions with many rivals, make yourself the shortest path and win by arriving to the finish line first! Each player carries boards of some color, which make it possible to pass certain parts of the map faster, so don’t neglect these tricks. We also recommend Fun Race 3D and entertaining [3D Platformer] Super Bear Adventure.

Shortcut Run was released recently, but has already gained popularity among gamers. Now we will tell you what are the main secrets of the game.

Build bridges in the air and complete tracks many times faster

This runner allows the user to control a person who, together with others, runs along a certain road built on a platform in the sea. During the race, you can collect and save special plates that later you can use automatically when the character leaves the platform. Collecting these plates, you can build a path for yourself, along which you can walk through the air, to shorten the path to the finish line significantly. 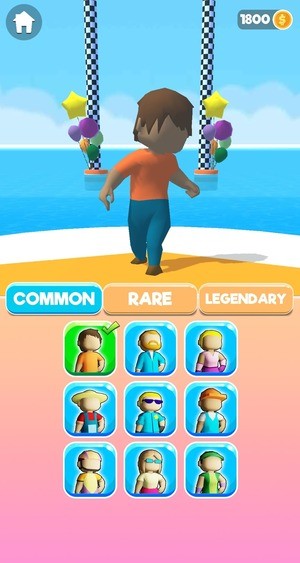 You can find a large number of collecting plates on the road. The main thing to remember when running on water is that they can run out. In this case, the character can drown so it will be necessary to replay the level. It is important to note that the racing game Shortcut Run is not easy and this only increases interest in it.

A large number of exciting stages

Shortcut Run offers users many locations and levels to complete. However, with each level, the walkthrough becomes more difficult, and the rivals are stronger, but this only increases the excitement and thirst for victory.

The developers have taken great care of this seemingly important detail. You won’t have to get used to the panel or study it for an uncountable amount of time, because it will take no more than 10 minutes to master it. Everything is utterly simple and practical. All the necessary buttons are located in an accessible place, so you don’t have to reach with your fingers at an extreme moment to another part of the display. 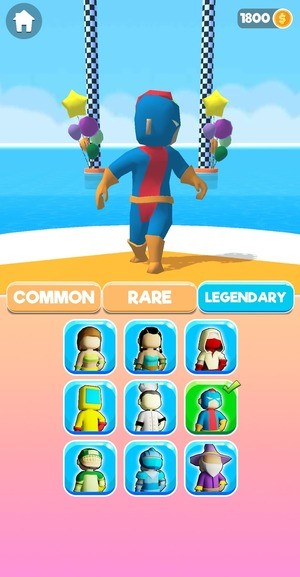 The sound is a little worse. Since the game release on Play Market was less than a month ago, the sound often disappears. Users complain that the game have crashes, but the developers are now intensively working on bugs, fixing them and introducing new, completely unknown, features. In general, don’t forget that the game is still in final revision!

Shortcut Run provides user with the need to choose the skin he likes. However, they open only as you progress through the stages. Often, you can spend a long time on one level, so we present you a mod for unlocked skins. Now the user can play whomever his heart desires, regardless of the level.

Based on the results of Shortcut Run operation, we guarantee that unlocked skins mod works correctly skins. All of the skins are subdivided into three types according to their rarity. Now, you can immediately get access to everything, up to legendary ones. You even can try Superman or a powerful wizard skin.

There is no main location as such in the game, since each level is different in its design, and more specifically – landscapes, roads or paths, houses, different weather and other conditions of both urban and rural life. 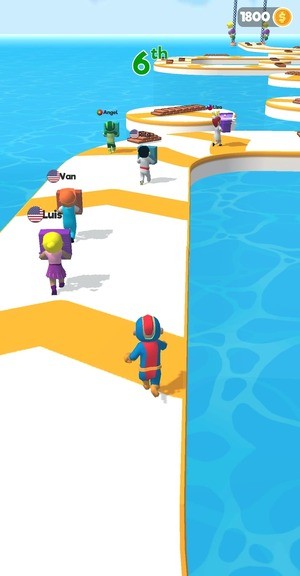 The main task of the gamer in Shortcut Run is to get ahead of all rivals and cross the finish line first. Control the little man in the game with your finger, leading him along the shortest racing tracks surrounded by water. During the journey, try to collect as many colored boards as possible, thanks to which you can then build air bridges in order to shorten the route and gain advantages over your rivals. It is important to calculate the number of boards accurately. Otherwise, your hero runs the risk of falling into the water and losing the race. Every victory brings user game currency as a reward. You can later spend them on rare skins for your character.

Shortcut Run is a fun project with colorful graphics and fantastically interesting gameplay that can lure both a child and an adult for a long time. Many different and interesting features won’t leave you indifferent either: collect boards and count them so that there would be enough for the whole path, pave shorter paths and win victories. The game makes it possible to spend your free time excitingly, having received many positive emotions.

How to install Shortcut Run Mod?

Don’t forget to delete the original version of Shortcut Run before installing our modified version to prevent errors during installation process.