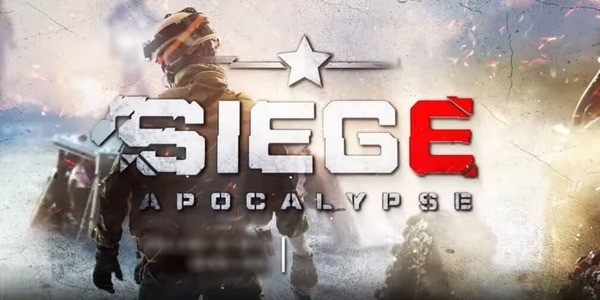 SIEGE: Apocalypse is a real-time military strategy from the developers of KIXEYE. Fight real opponents, having at his disposal a base for the creation of soldiers and equipment. Capture the enemy’s firing positions and destroy his base to achieve victory. As part of the gameplay, you will be able to unlock a huge number of new units and equipment, as well as use powerful skills to defeat the enemy. Think over your tactics. Hold back the enemy and then inflict crushing damage on him or immediately run to the attack. Remember that you will only have a few minutes for a successful operation. Build a deck of units and hire them using energy. The most intelligent and cunning will win. Try yourself as a commander! If you are into strategy, then download also Stick Army: World War Strategy and Steel And Flesh 2: New Lands. 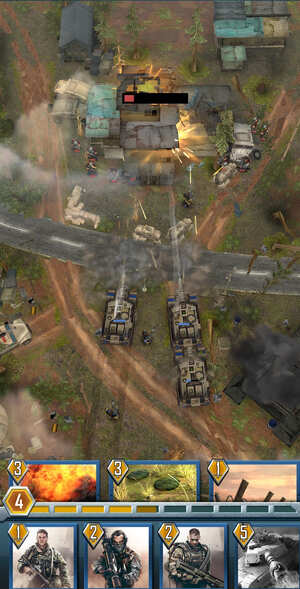 We should say that emphasis in SIEGE: Apocalypse is on battles with other players. If we talk about the gameplay, then each user has his own base. There you can hire troops and buy equipment to use in battle against the enemy. You cannot control the soldiers, as they attack on their own, but you can control air strikes or naval fire support to provide cover for their soldiers.

Hiring a unit requires a certain amount of energy. For example, an ordinary shooter needs one unit, and it will take 5 units to create a tank. Energy replenishes over time, but you will not be able to create even two tanks at once, so think twice about who is better to call. As for fights with opponents, the game has a rating system that selects players of equal strength for you. You can meet users from all over the world, so it will be interesting to play.

SIEGE: Apocalypse is a card strategy game. This means that each unit, as well as the skills have the form of a card. Each of them has its own value. For example, an artillery attack on enemy trenches costs 3 units of energy, while installation of barbed wire costs 2 units. However, the most important thing is that you can only choose a limited number of cards, because there are several slots for this. Send the rest to reserve.

However, each card has a chance to become the main one for the player. Achieve it through the system of pumping your cards. Pumped unit or vehicle hits harder and gets more life energy, when pumped skills deal more damage. Pumping requires coins, as well as a special currency – diamonds.

As you already understood, the developers of SIEGE: Apocalypse made damage to the multiplayer. Therefore, in addition to the usual battles between live players, the project also has a developed system of clans and alliances. What joining a clan or creating one gives you? First, communication with other users and new acquaintances. More importantly, you will be able to exchange rare skills with your party members, as well as earn unique achievements and titles. Therefore, if you are suddenly not a member of the clan, we advise you to do this as soon as possible.

SIEGE: Apocalypse done in top view in vertical mode. At the same time, the graphics in the project are very good. Units and military vehicles boast of high quality, while explosions and other effects during battles stagger the imagination.

There are many items and artifacts in SIEGE: Apocalypse that can improve your combat power or simply give the player coins. So that you do not have to bother watching commercials, we suggest downloading our mod. It allows you to get free items without watching ads.

After each battle, regardless of its result, SIEGE: Apocalypse brings you a chest. You can find there coins, diamonds, new troops and improvements to them. However, often the chest is not available immediately. You have to wait a few minutes, or even hours. Diamonds may come to the aid, opening the box instantly. However, as mentioned earlier, a donated currency is difficult to get.

If we talk about units, then you will be able to control ordinary foot soldiers, machine gunners, snipers, heavy fighters with rocket launchers, flamethrowers and many others. During the battles, you can set up a minefield, fence with barbed wire, send paratroopers to storm a certain enemy building, and so on. Remember to use heavy equipment. Tanks deal massive damage to buildings, but are ineffective against large numbers of infantry. At the same time, living force, on the contrary, not very useful when attacking an enemy base. That is why it is so important to combine your troops in order to achieve the maximum result.

SIEGE: Apocalypse is a cool strategy, which has few analogues on Android. You will need not only tactics, but also ingenuity and speed of reaction.