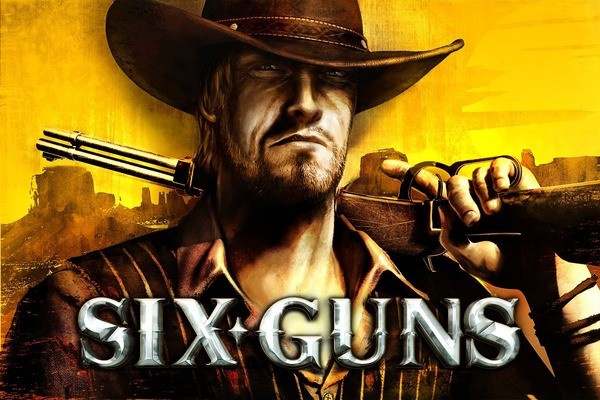 Six-Guns: Gang Showdown is an entertaining project from Gameloft SE studio. The most important thing that we can say about the project is that the developers took inspiration from Red Dead Redemtion. Meet almost everything that an ordinary cowboy may need. It is one of eight horses to choose from, loads of booze and weapons. As the story progresses, the main character will deal with a large number of notorious thugs and other no less dangerous bandits. In addition, the game will have to pump your character and complete many simple tasks. Revolver shooting, horseracing and the open world are something that many people enjoy. In addition, the project contains an online multiplayer in which you can try your hand. If you are interested in action, you can also download War After and Furious Tank: War of Worlds.

The game is captivating so that it is impossible to tear yourself away from it. This is one of the best westerns made for both PC and mobile devices. Don’t believe us? We will convince you of this. 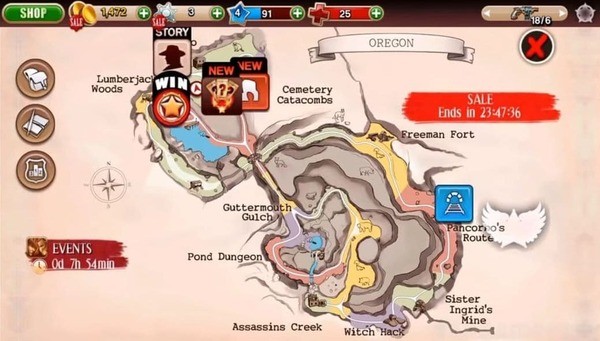 Six-Guns: Gang Showdown follows the rough life of Buck Crossow. Circumstances made him fake his own death. Otherwise, our hero faced real death at the hands of the servants of the law.

Escaping to Arizona, however, did not make Buck’s life calmer. On the contrary, this state was under the threat of being captured by the fiends of hell. Disgusting monsters began to climb to the surface from the bowels of the earth. They are much more dangerous than any brutal gang of criminals is.

From the first minutes, the game shows us an excellent design with a unique game story. It combines the use of comic-style voice acting, and tells the players about the dark state. The protagonist is a drunken cowboy with a dark past. Shortly thereafter, players get a guide to rescuing women in distress and repelling an attack from several raiders with a rusty pistol. There you will learn the basics of moving, shooting, riding, and purchasing items.

The single player campaign does not have an outstanding storyline. There are simple and typical tasks, like killing all the bandits, clearing the city, catching the leader, and so on. The gameplay focuses on frequent movements on the horse, although its control leaves much to be desired. 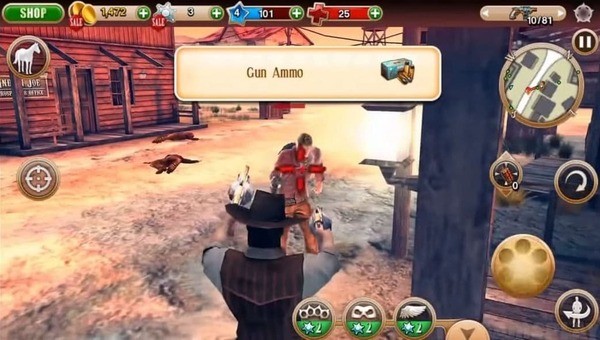 The multiplayer for eight people looks much more interesting. You can create the game yourself or join the already finished one. “Quick Match” button selects the most suitable game for you in terms of internet speed. Unfortunately, there is only one map in multiplayer, but an interesting mode with the capture of the flag is available. All of your single player achievements will also carry over to Six-Guns: Gang Showdown multiplayer, where you can choose more powerful and convenient weapons.

Having an item store that you can enter at any time means that you will not be doing repetitive tasks, as you can purchase new items locally or upgrade existing ones. Thanks to the improvements in damage, fire rate, reload time and ammo capacity on each weapon, you cannot buy premium weapons, but simply bring the old to mind and improve its performance with your hard work and perseverance.

Bright graphics and colorful soundtrack of Six-Guns: Gang Showdown will make your adventures in the Wild West even more interesting.

We bring to your attention Six-Guns: Gang Showdown mod APK for a lot of money. It also available in multiplayer. Please note that you may be banned for using the mod! Use it at your own risk.

Rid the scenic prairies of Arizona and Oregon from vampires, witches and other evil critters in the dizzying American adventure Six-Guns: Gang Showdown. Dynamic firefights, defense to the last bullet, high-speed racing – all this and much more awaits you during 40 exciting missions. You have 19 types of weapons, 8 horse breeds, the best costumes and much more at your disposal. All this allows you to return alive from this difficult journey. 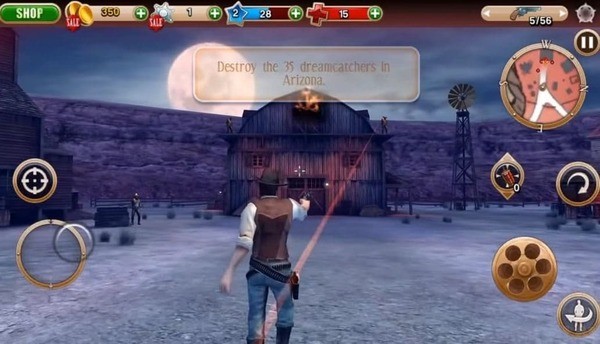 The developers give you the opportunity to develop your character constantly. You can transform him from a former criminal into a real prairie hero. However, you need not only to be accurate, fast and elusive to be at your best. You also need to take care of your weapon, as well as the main friend of any cowboy – the horse.

Controls are another positive side of the game, because fingers literally reach for important buttons themselves. Bottom left – joystick with which you need to control the character. What pleases me is that the joystick is available anywhere. You can easily move it. There is a button for aiming above the joystick and on the bottom right – shooting.

The game has a large number of side quests and a diverse game world for a mobile game. Six-Guns: Gang Showdown will really please its player, especially considering that it is completely free.