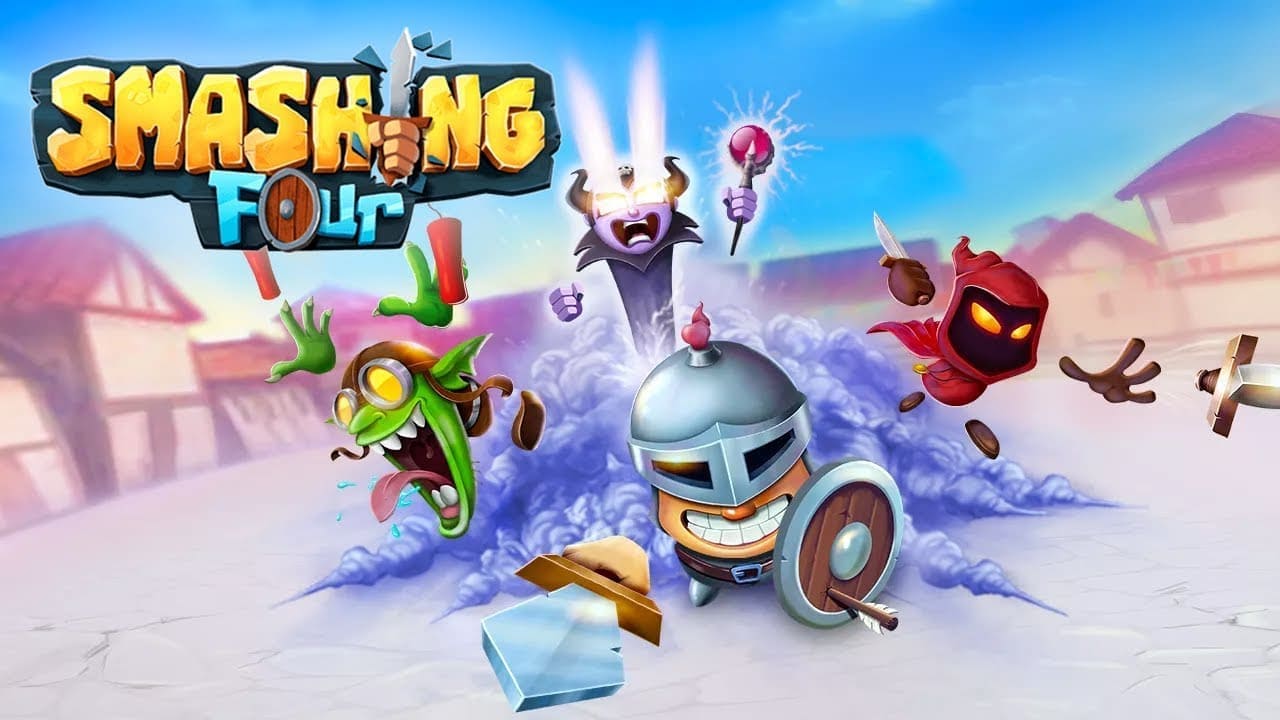 If you like strategy and PvP games, then here is Smashing Four. Here is a funny combination of both modes, in which you have to fight opponents from all over the world in exciting matches. This is a kind of billiards where you have to direct your characters to your opponents. Each blow takes some lives from them until you defeat them. Make moves in turn, and each time you aim, you see a line that indicates the direction in which you will move. By pointing at an opponent, you will see how much damage you can inflict on him. Your goal is to win the match at any cost, and you need to create the perfect team of many heroes. Choose your strongest characters and make them worthy heroes by purchasing upgrades for coins. Enjoy a crazy game where at any time you can rebound and thereby damage yourself or, on the contrary, win the match at the last second. Don’t forget to also download Idle Kingdom Defense.

Start your journey and gain invaluable experience, unlock new heroes and show all your skills on the world stage in Smashing Four.

The playing field in Smashing Four features a rectangle with corners cut off. At the beginning of the round, there are four characters on your side and the side of your opponent. Further, everyone has the opportunity to attack – first you hit, then the enemy, then you again. The task is to punish the enemy and kill all his soldiers, which is quite difficult, because the gameplay requires certain knowledge, skills and experience. You need to press your finger on the character, pull in the right direction and release our character to attack. Sometimes you need to hit right on target. You have to aim a little from the side so that our hero ricochets and inflicts damage on several targets at once. It is very interesting and non-standard, which is good news. It is never boring at all.

Throughout the game, you will improve your team. Sometimes you can do it quickly and sometimes it takes a lot of time. However, the process itself is very cool. You win fights and get gold coins and balls, opening which you can get hero cards. Collected ten cards – improved, got more attack and hit points. You can also get cards for gold, and from the fifth level, all heroes have special skills. True, getting even the simplest heroes to level 5 of Smashing Four is very difficult and expensive, so do not rush.

In addition, Smashing Four has several different play options. First, you will be able to fight in PVP mode against real players from all over the world. In this case, you have to choose an attack option, calculate all the pros and cons, and only after that start the battle. If you want to achieve a high place in the rating, then you should not commit rash acts and attack heroes who are higher in class. Most likely, you will not only lose this battle, but also lose the opportunity to earn points or even lose your money altogether.

Smashing Four is not only for adults, but also for teenagers over 12 years old. Here you have the opportunity not only to have fun, but also to test your reaction and logical abilities. The more accurately you land your blows, the higher the likelihood that you will win the battle. Regardless, the more experienced players will certainly beat you in early stages. Develop characters, defeat enemies and try to become the best in the ranking of players from all over the world.

The graphical shell of the application features funny drawn style. Everything looks high quality and is full of many cool images.

We bring to your attention a mod for unlimited amount of money. Important! The mod may temporarily not work. In this case, do not forget to follow our updates.

Smashing Four is an extremely unusual game that combines several genres at once. First, you have to timely monitor the state of your heroes, pump each character in this RPG. Try to acquire additional equipment, which can significantly affect the quality of the game. There are also elements of strategy.

The fact is that you have to strike your opponents in an unusual way. Apply each blow like in billiard. That is, you pull back and release a kind of slider, then making a blow. In this case, it is necessary to show strategic knowledge. In no case, you should hit at random. You will miss most likely, but your opponent will be able to deliver an accurate blow to destroy your chances of winning.

Smashing Four got very cool and very interesting gameplay. Great graphics and easy rules make you feel comfortable, while donation does not affect your chances to win. Probably, we cannot think nothing better, especially considering that here the battles take place exclusively online with other players. They simply will not let you fight bots.