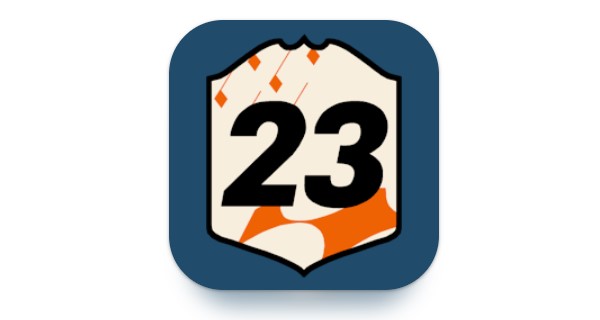 Smoq Games 23 is the continuation of a whole series of simulations for football fans. Assemble a team, conduct training and participate in tournaments, earning a rating on victories. Master the profession of a manager responsible for all aspects of the development of the club. Start with opening of cases – each will drop a random player card. Having collected a few, you can make a team where your favorite athletes participate. Work out the tactics of conducting matches and distribute the players around the field, assigning each their own role to obtain the most successful composition. The matches themselves go automatically. Just observe from the sidelines and draw conclusions so as not to repeat the mistakes next time. Many indicators influence the result: alignment of forces, invented tactics, skills of the enemy and general preparation of the team. For fans of such simulators, we can also offer Madfut 23.

Smoq Games has already become a benchmark in the football GM simulation genre. Learn about the new benefits of the new part of the series.

Player receives rewards for victories in Smoq Games 23 matches and the rating of his club grows. You can improve your team by adding experienced players. Conduct regular training and participate in friendly matches between players. Create a unique emblem for customization and uniforms so that everyone could recognize the team on the field.

Hundreds of cards, the most popular football players, world tournaments and cups, realistic simulation of matches, beautiful graphics, many aspects for development. All decisions made by a manager matter.

You will not find new interesting game mechanics here, but football simulators do not need them. After all, the rules of the game have not changed for many years, so what is there to talk about then? All the main game mechanics of such games have been elevated to absolute. Team management, development of tactics and strategy before the match, worries about promoting your own club, making player transfers and trying to reach the greatest football championship and win its cup have not gone away.

In the new version, the balance of power on the world stage has just been slightly updated to match the situation at the moment. You can now buy and sell cards on the Transfer Market with in-game currency to upgrade your team.

Be a genius manager

Take on the responsibilities of a team leader. Your actions will determine what the future holds for athletes. Open packs and meet many players. There are both legendary players and talented newcomers among them. Solve matchmaking challenges and see how much you have achieved with online tournaments.

Get rewards every day, track achievements, records and statistics of individual players and the entire squad. Sell ​​cards of extra players on the transfer market, and buy those who you need, but have not yet fallen out of sets, there. Come up with a T-shirt design to stand out from the rest. Promote your team by winning time after time. Therefore, you get to the big leagues and compete with the strongest.

Play mini games if you want to relax and have fun. You also need to download hacked Smoq Games 23 to improve all your ideas and thoughts about improving the club. Only impressive finances will not make you the owner of the championship team. It is wise decisions that will affect how athletes will act, whether they will be able to compete with famous clubs.

You can open an unlimited number of packs. Will you have the best squad and win matches against friends or will you prefer to get rich by putting players on the transfer market? It is all up to you in the new version of Smoq Games 23.

Every action in the game costs money, whether it’s opening a pack or trying to play a mini-game. We recommend that you download Smoq Games 23 Mod APK for unlimited money to ensure all your needs.

Smoq Games 23 is an entertaining sports game that turns the player into the owner of a football team, whose decisions determine success or defeat in matches.