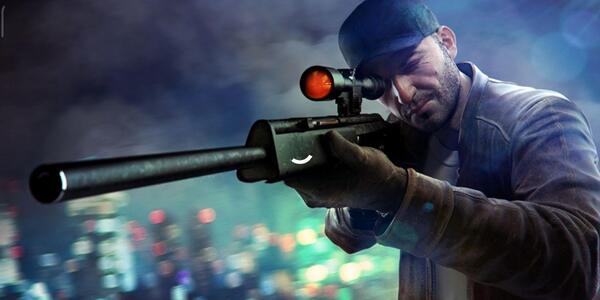 Sniper 3D is a free sniper game in which you pick up a sniper rifle and shoot various opponents. At the same time, the game is distinguished by a very high-quality elaboration of game nuances. A large assortment of weapons, a variety of missions and a thoughtful role-playing aspect can drag you into the game for a very long time.

Sniper 3D has over 100 million downloads on Google Play and although the game was released in 2014, it is still populat. Let’s find out its main secrets.

The first thing that catches your eye after the start of the game is a thoughtful description of each mission. You won’t just need to kill the little man marked with an arrow on the map. First, you have to find your target on the map by describing the appearance, because it is not marked in any way. In addition, briefing gives you detailed information about your target (maniac, undercover double agent, sniper of an enemy organization, etc.). 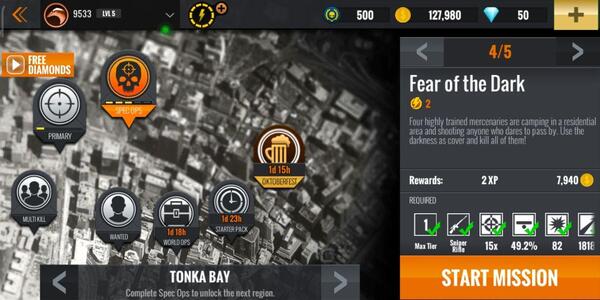 The missions in Sniper 3D also very often differ from each other. You have to find and eliminate a person in the crowd or remove a group of bandits that started shooting in the middle of the street. As you progress through the game, you can even receive task to shoot down an enemy helicopter.

Special operations are tasks for opening the next city. Each city requires five operations with own conditions for entering. This is a certain amount of damage, weapon class, resistance, and more. It is also important to have the required level to complete the mission. 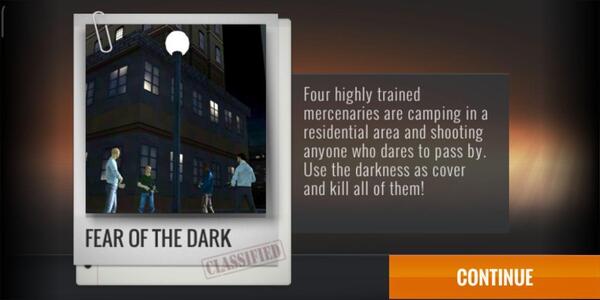 Each operation is unique. The description contains all the necessary conditions for completing the quest. As in other missions, you need to read the description carefully in order to complete the task. Special Operations can bring you a large amount of money as a reward. Once you complete all five missions, the next battlefield in Sniper 3D becomes available to you.

Our sniper rifle has quite a few upgrades to give you a better chance of successfully completing the mission. For example, you can improve the barrel – put a muzzle brake, then the damage increases and the hit range. You can improve the body of the rifle, its stock, the butt or put a telescopic sight with a higher magnification and install a more capacious magazine. Moreover, all these improvements also change the appearance of the rifle. You can change all rifles from the store, as they have almost the same set of components. 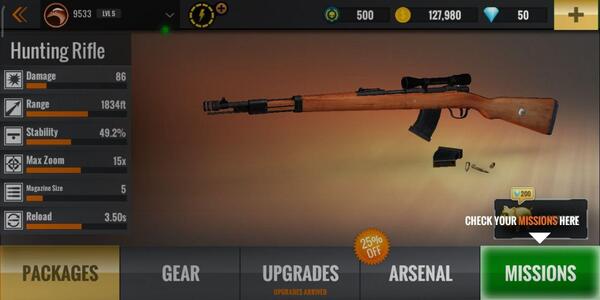 Test your skills in Arena mode

Arena is a PvP mode in Sniper 3D where players hunt each other. As soon as you pick up your opponent, the game begins. At the same time, seven more players from all over the world will fight against you. The Arena has leaderboards. The more kills you have, the higher you are on the list. The participants also get rewards. There are also Leagues and titles in the Arena. The higher your League is, the more rewards you get at the end of the season.

Despite the huge maps size in Sniper 3D, they cannot be called detailed. Initially, the developers positioned game as a simple shooting range, so the whole emphasis here is on shootouts performed at the highest level. Such nuances as the drawing of buildings and general landscapes fade into the background simply because there is no need for it. Sniper 3D is perfectly optimized, and precisely because of the low graphics quality, the game can run without problems on weak devices. 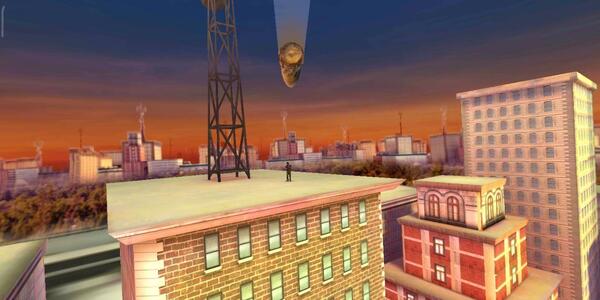 The sound component is minimal here. The background soundtrack in the game menu, sounds of gunfights and city noise – developers tried to concentrate the player as much as possible on the gunfights and they undoubtedly succeeded.

Naturally, a free game of this kind have in-app purchases. However, donation does not affect the gameplay, because you can get all the improvements by yourself without investing money. All you need is to download a modified version of the game from our website. Thanks to our mod, gold coins, which are the main in-game currency in Sniper 3D, won’t be deducted from the balance when spent, but only multiplied with each purchase. You can use coins to buy new weapons and upgrade them up to maximum parameters as soon as possible.

Yes, some weapons from the store are available only for crystals that you can purchase only for money, but in each location, you can get new rifle for purchase for gold coins to play with it further. If you want a more beautiful rifle or a pistol, then you have to invest a little money to play calmly and don’t worry about your wallet.

Especially for the users of our website, we checked the functionality of unlimited money mod and we guarantee its stable operation regardless of the time spent in the game. Sniper 3D works flawlessly and after the first purchase, money starts to accumulate on the game balance. You don’t need to do any action other than installing the file from our website (find detailed installation instructions below). 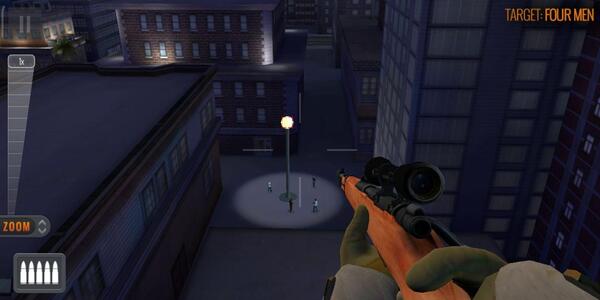 Let’s talk a little about Sniper 3D gameplay. You are a sniper who takes orders from the government. These orders are quite different, so you don’t have to be bored at all. Tasks vary and, for example, you can get an assignment to find a person with a green hairstyle in the crowd and shoot him in the head or track down the case and kill whoever took it. Sometimes you have to look for an enemy in the crowd and kill him through the crowd without hurting anyone. This also requires certain skills and patience, knowledge of tactics.

It is worth noting that it is not necessary to kill the enemy in the head, but it is much more pleasant and you receive extra money for a shot in the head. There are many tasks, they are all completely different, this allows you to accumulate money and then spend it on your own needs. More precisely, to buy new weapons or improve existing ones.

At first glance, Sniper 3D is another classic shooting range, but at the same time, developers implemented the nuances and details of the game very efficiently. A very large selection of weapons and a well-developed role-playing system won’t let you get bored during gameplay. Even the plot (albeit uncomplicated) will delight the players. The only drawback is the repetitive levels, but maybe it’s for the better, even though you know what to expect. Don’t get nervous every time you can’t find a villain, as every game energy counts, because one of them takes 10 minutes to recharge, and there are 10 of them in total. Moreover, if you like action games, we can recommend you Marvel Contest of Champions.

How to Install Sniper 3D Mod?

Don’t forget to delete the original version of Sniper 3D before installing our modified version to prevent errors during installation process.