Soccer Star 2022 is a soccer simulation game in which you have to score goals and deliver accurate passes in the final moments of your team’s attacks. You take control of one football player, whom skills you develop. In this case, it is necessary to interact with almost the entire team, because the attack can begin literally from the center of the field. Pass to your feet, shoot free kicks, take overhead shots and score great goals. Move up the league system. Start with the lowest division, play the season and atop the leaderboard. Climb higher and higher and participate in the most prestigious world tournaments. Upgrade your football player, making him faster and stronger. Spend many exciting hours playing this great game.

The Soccer Star series has been hitting mobile for several years now. The newest version has already more than 5 million downloads while average project rating is 4.4 points. Let’s take a look at the main features of the project.

The essence of Soccer Star 2022 is that you have to help your team score goals. The game gives you control of a football player, usually in the center of the field, who must perform the correct action and give an accurate pass forward. After several of these passes, the player enters the shock position. It is important to score, because you will not have too many chances during the game.

In addition, sometimes you need to play as the goalkeeper for your team. In this case, his task is to try to repulse the opponent’s kick in order to prevent a goal. Sometimes you have an attempt to convert a free kick. Therefore, you can act in two ways – break through immediately or try to play a standard position. Some goals come out very pretty. For example, a forward can execute a fantastic blow through himself, hitting the corner of the opponent’s goal.

Another important feature of Soccer Star 2022 is the cards that you receive in case of successful matches. The cards help develop a particular skill of your players. You can train strength, technique, speed, free kicks and dribbling. Each skill has options to upgrade to 100 points, but initially all skills are at a level of 25 points. Cards along with coins allow you to increase these indicators. In addition, it is possible to improve general physical condition of the players. Players can also hire agents to get more profit during matches.

Many countries and leagues

Soccer Star 2022 represent a huge number of countries. You have to choose which league you want play. Logically, you start in the lowest divisions and work your way to the top. When you manage to break into the elite league, the team will have access to European cups – the Champions League and the Europa League. Everything here is like in real life. The first teams get into the Champions League, two or three more into the Europa League. You can also fly to the division below if the team becomes one of the last at the season end. That is why progress can take quite a long period. In general, the project will appeal to football fans for its realism, since those who are interested in this sport will note familiar tournaments and many leagues to study. 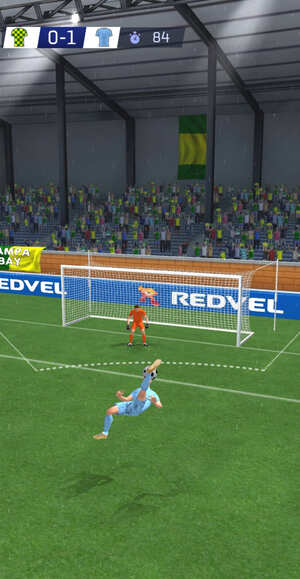 Soccer Star 2022 boasts of high quality graphics made in 3D. In addition, you can highlight the design realism, which allows you to immerse yourself in the process-taking place on the screen. Each location, as well as the player models themselves are highly detailed and perfectly visible. There are also many visual effects here, which cannot but please the eye. In addition, such graphics work great even on the weakest devices. Thanks to the huge number of scripts, the goals in the game are varied and often very beautiful. It is also worth noting a professional commentator who talks in English about all the events taking place in the match.

We bring to your attention a mod that allows you to get free stuff in the game without viewing ads. Regular version of Soccer Star 2022 requires watching a thirty-second video to receive bonuses, which is very tiring. However, by downloading our mod you can get rid of this problem and make the gameplay even easier and more fun.

Start the game with the mod installed and select the item in the game “Getting bonus for viewing ads”. Click on it and become the owner of booster immediately. No other action is required. Our mod cannot harm your device and information on it, as we have tested it by the most modern antivirus programs. 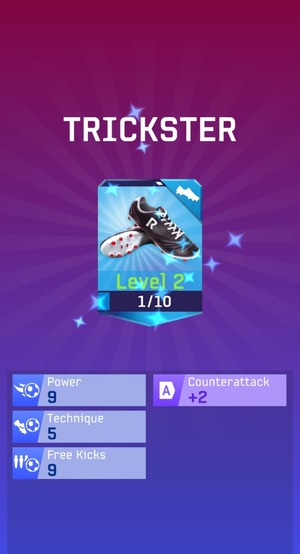 Soccer Star 2022 starts with a short tutorial that shows you the basics of management. Then you need to choose your player – his appearance, as well as nationality. You will play not only with him, but also with entire team, while your character only often completes the team’s attacks. Also, select one of the presented leagues where you want to apply.

Participate in dangerous moments of your team to realize them during the matches. It may happen that the team concedes a few goals – and you cannot influence this in any way. In this case, you only need to complete your attacks with maximum efficiency to win.

Soccer Star 2022 immerses players in the world of big football. Make it possible to gather and lead your team, take it to the Champions League and win this competition. In fact, you play in simple sports simulator with emphasis on team play. The project leaves behind a pleasant impression typical of a well-developed and large-scale project.

In terms of gameplay, the game did not bring anything revolutionary to the genre. However, it is not necessary. Key differences from similar projects lie in the additional capabilities of the player. Here you can customize the team uniform, sign contracts with sponsors. Create or lead a club and go through the League to win the title of champion.

Soccer Star 2022 is a new part of an excellent series. If you love football, want to score beautiful goals, as well as pump your players, then you will definitely like this project.