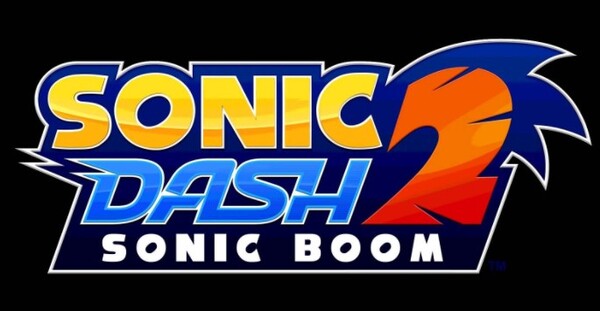 Sonic Dash 2: Sonic Boom is a traditional mobile runner with an emphasis on the setting of the new Sonic Boom animated series. The project invites you to try your hand at an endless race in an attempt to earn the most spectacular record. At your service, all the characters of the cartoon beloved by many: Sonic the Hedgehog, Knuckles, Tails, Amy, and Styx. The antagonists of the game will take part in the pursuit of the heroes. The player’s task is to see the obstacle in time and make his character overcome it. Despite the apparent simplicity, the game seriously addicts and immerses the user in an atmosphere of excitement. By the way, if you are a fan of runners and similar arcades, then we can offer you Rick and Morty: Pocket Mortys and Magic Rampage.

Developers from SEGA tried to fit all the splendor of the animated series into one project. There are several new characters in Sonic Dash 2. In addition, the creators also carefully transferred the scenery of the aforementioned animated series. 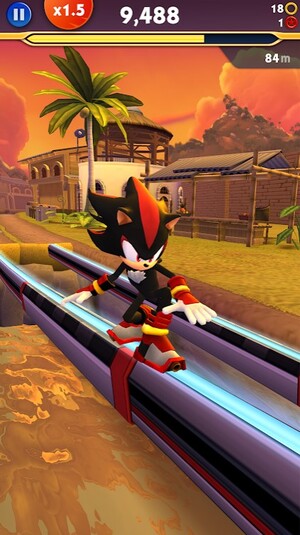 The point of this game is to break the previous record. This is a great way to kill time. The game also helps to develop coordination and reaction speed. However, players rarely think about this, mainly focusing on the gameplay.

Everything new is well-forgotten old

The gameplay of Sonic Dash 2: Sonic Boom in a global sense cannot present anything new to users. Before us is a classic runner, in which movement is carried out on a vertical plane. The entire endless location includes three tracks. Following the route of movement, you need to choose the most convenient track, jump, bend over and collect bonuses. Use them to increase the maximum result of the race.

Key difference from the original

Unlike most other mobile shareware games, Sonic Dash 2 has no energy bars or any other artificial constraints. You can race through the endless level for as long as you want and not worry that after a few runs the game will require even more gold.

Cool features of the characters

Each of Sonic’s friends has some special skill. For example, Sonic himself, during a special dash, can destroy all obstacles in his path, and Knuckles is able to make a crushing blow to enemies from above. You can buy characters for the preferred type of currency – red medals. Buy or earn it during runs and completing various tasks. 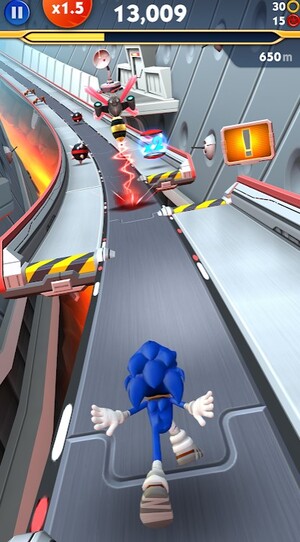 In addition to the characters themselves, Sonic Dash 2 has a whole package of so-called sprites. These are small multi-colored spirits that you can take with you to the race and that can enhance your character. One is able to give an extra life, the other increases the duration of abilities, and so on. The maximum number of sprites that you can take into a race is three. Initially only one slot for a sprite is open, the rest require coins. Sprites are also upgradeable.

The graphic component of the project resembles the classic style, known for the canons of the animated series about Sonic. Bright, colorful tracks with constantly changing locations only add to the immersion effect in the game. You will also be able to hear funny music that sets the player up for competition.

The interface in the game is as simple and concise as possible. Activate key skills by clicking on the hero. In addition, the interface provides only a counter of dialed rings. In order for the character to avoid obstacles, that is, to jump, just press once, change the direction of running – stretch the line in the desired direction.

The main currency in the game is the rings that the heroes collect during their races. Players can use these rings to purchase a variety of booster upgrades from the in-game store. However, the money earned are not always enough for the desired set of purchases before the next trip. That is why we propose to download Sonic Dash 2: Sonic Boom Mod APK with unlimited money feature. Thanks to it, you can easily buy any boosters and upgrades for successful races.

Agility and excellent reaction speed are all that a player needs. Sonic has no place for boring, drawn-out missions: everything processes very quickly. If you miss a monster, your golden rings will get confused, and if you stumble upon an obstacle, then everything will need to start over. 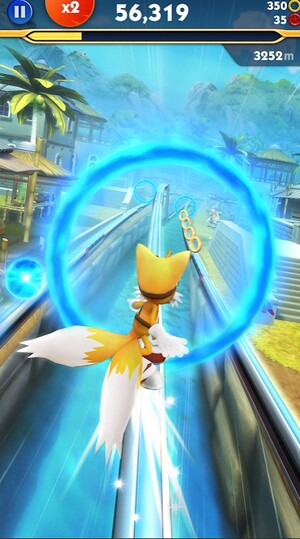 The character runs on his own, you only need to correct his movement: left and right. Crabmeats encountered on the way can treacherously crawl into your lane – be careful not to stumble upon them. Ride over the monsters to eliminate them in Sonic Dash 2: a hedgehog rolled into a ball is a powerful weapon. If you are a pacifist, then just jump over the obstacle.

In addition to crabs clicking with claws, needles, boxes, thorns sticking out of the ground, fallen columns, fences and pits appear on your way. Try to touch the mysterious boxes while running. You can find many useful things in them: magnets, double points, attraction rings and shields that are able to protect you from defeat for a while.

The passing of accelerators and dead loops greatly diversifies the gameplay. You can even encounter accelerating platforms with arrows periodically. It is only necessary to change the lane along which Sonic is moving: there are no obstacles in these areas. Take the opportunity to calmly collect rings and feel dizzy from the rapidly changing picture.

Should you invest time in Sonic Dash 2: Sonic Boom? Undoubtedly. Children will definitely like it, especially since the key protagonists are the heroes of the famous cartoon. As for the gameplay, we recommend you to download the game and try to play it in order to determine the attitude towards the project as a whole. On the other hand, this is an ordinary representative of its genre, which stands out only thanks to its big name. If you forget that you are playing for Sonic, then it Is possible to confuse it with almost any similar game from Google Play.