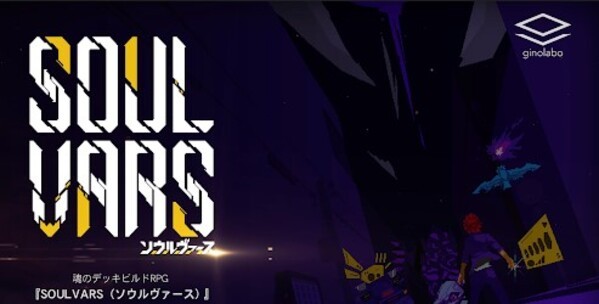 SOULVARS is an amazing role-playing game that combines several genres at once. Here you will find elements of arcade and platforming, as well as about 15 hours of gameplay. With a deep strategic sense and vertically arranged controls, the game allows you to fight simple and exciting battles, train, explore dungeons and collect random enchanted items. Don’t forget to use Soul Driver to transform people’s souls. Here you can find many game modes and about a hundred characters with a deep leveling system, dynamic battles and much more. Well, if you like role-playing projects, then also download Dreamdale – Fairy Adventure and Viking Kingdom: Ragnarok Age.

SOULVARS is a non-standard game that was previously only available in Japanese but has now been translated into English. More details in our review.

First, SOULVARS will surprise you with its story, which tells about the world and its perfidious capture by guests from other worlds. The aliens not only took over the whole world, but also enslaved all civilians, most of whom were placed in crystals. 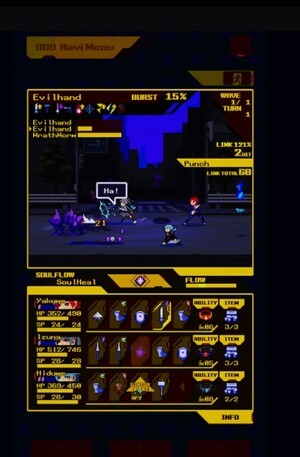 A long story campaign awaits you, during which you will not only fight against formidable invaders, but also watch dialogues and cutscenes that shed light on everything that happens. The game features an Asian setting, so all lovers of Japanese culture may like it.

Your acquaintance with SOULVARS will begin with the passage of several levels of the story campaign. Find out the main villain, learn the basics of control and talk about the main mechanics of the gameplay. The essence of the local single-player campaign is the constant battles with enemy units.

Most levels involve several stages or waves. You will face either enhanced monsters or bosses who did not forget to take retinue with them on the final waves. We should say right away that the complexity of the campaign levels is growing exponentially, so do not forget to devote time to your squad.

Pick a team of loyal heroes

SOULVARS offers you to collect heroes, go through numerous confrontations, and learn how to use unusual tools. The main mode here consists of a single player campaign. You can feel the story of what is happening as much as possible, undergo training, learn characteristics of each character and much more.

The campaign consists of numerous levels, divided by complexity and content. You will constantly go through various tasks and receive rewards for this. Pump your strength in the fight against monsters. Well, different heroes have different skills and abilities.

SOULVARS has many amazing moments that can win everyone’s heart. There are many types of weapons, characters, functionality, which perfectly reveal what is happening. Immediately after launch, you will immerse yourself in an incredible world where you will study its unusual history. You need to assemble a squad, resist the forces of evil, using all your strength for this. It took a lot of effort to imprison him in a centuries-old dungeon.

You will be one of those who can resist the forces of evil. You need to improve your skills, use different tools and fight against numerous opponents. The more actively you dive into all this, the better you will be able to prove yourself in battle. Don’t forget to change weapons, as this is an important aspect of the duel.

In today’s world, RPGs have a special place in the hearts of users. They are very popular, because everything here is very beautiful and unique. SOULVARS absolutely fits these criteria.