Sparklite is a pixel-style action adventure with roguelike elements. A huge world with numerous locations awaits a brave traveler, a great fighter, professionally wielding a variety of weapons and an inventor who improves his skills. Combine an arsenal of items you find, going to attack another monster. The titans capture the mining industry or the greedy baron threatens the locals – your Hero has to figure out this and much more, solving complex puzzles and doing crafting along the way. Make friends with the locals and help them build a shelter, constantly upgrading equipment and useful gadgets, becoming stronger and invincible. Penetrate into the farthest corners of the kingdom, where no one dares to go, and return as a winner, bringing valuable loot. We also advise you to download Caves Roguelike and Tailed Demon Slayer.

Find out all the details from our review. 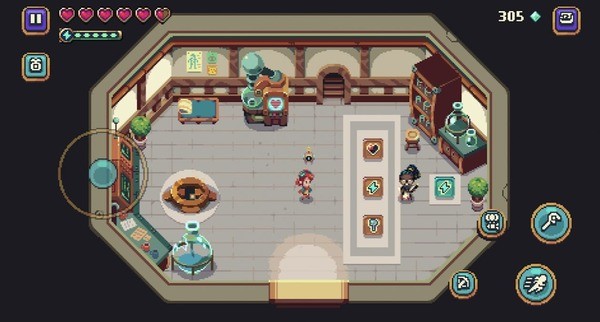 Explore the lands of Geodia

The protagonist of Sparklite is the brave girl Ada, who, accompanied by a cute assistant robot, must free the local lands from the power of the evil Baron. He is the owner of the mines, who decided to get to the very core of the planet in pursuit of a valuable resource. Ada has a base – a small town soaring in the clouds, from where she goes on a journey through the occupied lands. Procedural generation of locations is explained by plot: the planet’s defense mechanism is constantly rebuilding parts of the world, fighting the invaders. Therefore, every time you land on the surface that you have to study it again. However, the game has not so many “tiles” in stock – parts of a location and familiar blocks begin to appear very soon, which mix with each other as in “tags”.

Ada has a wrench that can hit enemies and boxes, a flying robot that digs out buried objects from the ground and a set of patch modules to install using a special machine at the base. The does not allow upgrading indefinitely: the number of slots for installing modules is limited. The most powerful of them occupy not one cell, but several, which makes you to choose those that the girl needs more. In addition, the modules cost money – the very Sparklite resources that you knock out of monsters and objects. Local economy does not allow too much to roam in this regard.

In addition to the main weapons and passive modules, you can find consumables in the game world of Sparklite – grenades, mines and so on. They take time to activate, so it is not very convenient to use them in the midst of a battle. There are also dungeons with puzzles, where Ada can receive a blueprint for additional weapons, such as a crossbow or a guided bomb. You can create it at the base and equip for further travel.

All opponents in Sparklite are fairly simple and predictable. Only bosses will cause problems. However, they all have clearly defined mechanics. Battles with them, as it should be, will turn into studying their behavior and conducting attacks at the right moments in time. However, if you fail and lose, nothing bad will happen. As w said at the beginning, we have before us a typical “roguelike”. You will be rescued by dragging you to the base after each death. However, you will lose all useful items in the process of rescue. Then you have to start over. 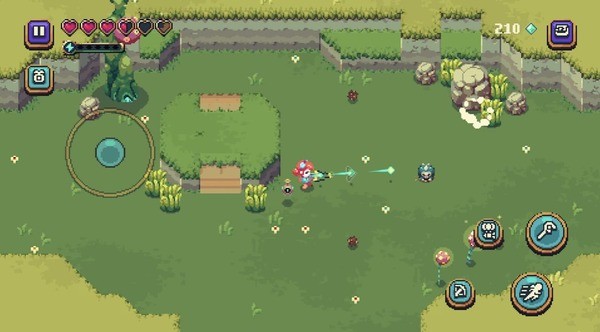 Pixel graphics, top view and original soundtracks will give you many unforgettable hours as you develop your character and explore the world.

You can spend the money earned in the process of passing Sparklite to buy various improvements for your multi-tool, as well as to build a base. New buildings, in addition to providing access to new improvements, will also unlock different starting bonuses for each release. As you can imagine, this is an extremely useful currency. So that you don’t have any problems with it, we suggest downloading a mod for unlimited amount of money.

Sparklite is a top-down adventure set in the small country of Geodia. Players have to fight a lot and explore the most dangerous corners of this world and this requires a lot of equipment and weapons.

The game itself is a material that serves as a source of energy for Geodia. The most desperate consume it and gain power, but the consequences can be very serious. The self-styled Baron of Geodia tries to get to the very core, but the material he used slowly kills the world around him and the animals begin to turn into monsters. 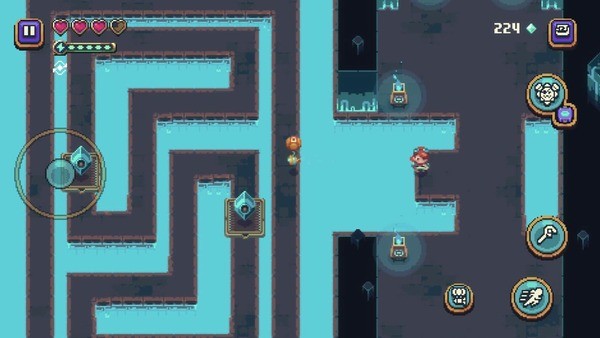 Our heroine, a brave mechanic named Ada, wants to stop the Baron until the moment when he gets to the core and gets unlimited power. She will use all her skills in battles against the Baron’s assistants and visit five different areas. However, it is unrealistic to win alone, so you need to cooperate with both pleasant and rather strange characters living in Geodia.

The game looks beautiful and sounds great. This nice Zelda-style adventure should not hurt to be a little more forgiving on player skills. This is not to say that Sparklite is addictive, but you can still brighten up a couple of evenings with its help.