Standoff 2 is a high-quality online shooter based on the gameplay of the most popular games for computer platforms. This project focuses on the interaction of all team members. Each individual game requires the player to make bold tactical decisions and skills related to enemy killing. The game has tried to bring the gameplay of the legendary Counter Strike to mobile devices. Here the player is waiting for high-quality graphics and an atmosphere of some realism. In comparison with the first part, the sequel takes into account all the mistakes and shortcomings. The experience gained made it possible to make the second part even cooler. This is still the same team shooter. However, there are many new cool features in it. Updated maps, arsenal of weapons, modes make the game extremely interesting. For fans of cool shooters, we also recommend Critical Ops and N.O.V.A. Legacy.

Standoff 2 has millions of downloads even before the full release. Find out more about the game in our traditional roundup.

Participate in a variety of exciting game modes

There are four modes in Standoff 2. Let’s consider them in more detail. 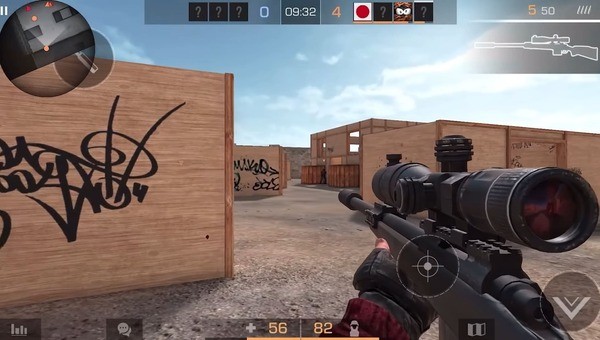 Use over 20 types of weapons

As in any self-respecting shooter, Standoff 2 offers the player a wide arsenal of different guns. The choice of weapons depends on your play style. Find your favorite weapon and move forward to attack. You can raid with an assault rifle and destroy everyone in your path. Try to act stealthily, eliminating opponents with accurate shots from a sniper rifle. If you are a connoisseur, then grab a machine gun and crush enemies with powerful and long fire. Move forward, cover and support your teammates to get victory.

So that gamers don’t get bored, the developers have implemented several different locations in the game. Now there are about ten maps in the game. Each has its own characteristics, convenient places to hide from the enemy, as well as different sizes. There are several locations for all modes, so in Standoff 2 you won’t be bored for a minute. 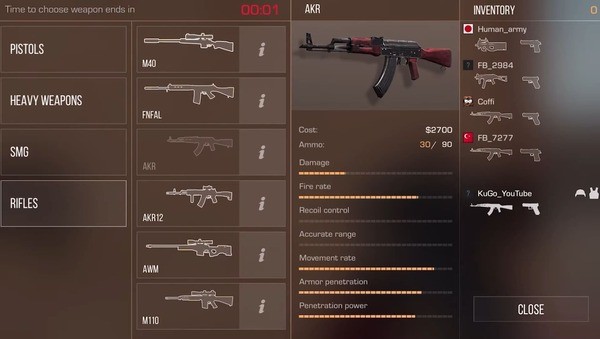 Advance in a flexible ranking system and become a legend

Earn points and bonuses for every successful action on the battlefield to take the leading position in the list of all users. Ranking with players from all over the planet gives a feel of competitive environment. Start from the bottom up and rise to the rank of great legend as the best shooter in the world. Don’t forget that the level of your opponents depends on your rating. So if you managed to advance, then don’t be surprised that your opponents have become much stronger.

Standoff 2 has almost computer-level graphics and sound design. All types of weapons, character models and locations are excellent and detailed. The game itself is bright and colorful. The sound is also very decent, because each weapon sounds different and at the same time realistic. In addition, the player needs to listen to the opponent’s steps in order to know his approximate location in advance and kill the enemy first. 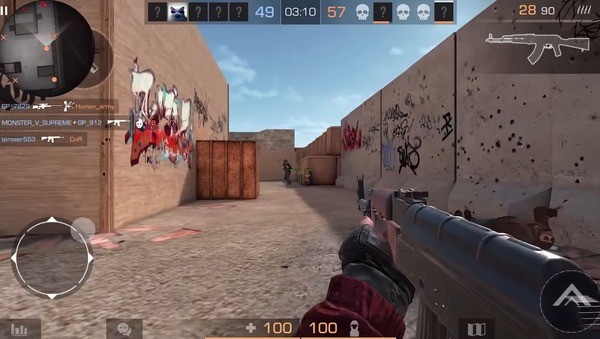 Since the game has built-in anti cheat, the developers always ban unfair gamers and close all loopholes in the games. Moreover, they have added quite a lot of ads to it. This is tiring and annoying, because ads can often appear at the most inopportune moment and distract you from the addictive gameplay. However, you can download a modified version of Standoff 2 and enjoy the game ad-free.

We tested Standoff 2 mod on our android gadgets. Based on the test results, we can confirm that no advertising will disturb you anymore – download the modified version and play without ads.

The gameplay of Standoff 2 can amaze you with the realism and thoughtfulness of everything that happens. You come across full-fledged settings, where you can customize the controls, graphics and even some options related to the movement. Be sure to pay attention to the lobby, where you can gather with your mates. A well-coordinated and friendly team has a much higher chance of winning. You also have a tab with your inventory, where you can view all the skins for your weapons, medals and other things. Some things you can actively use, while others remind your successes. 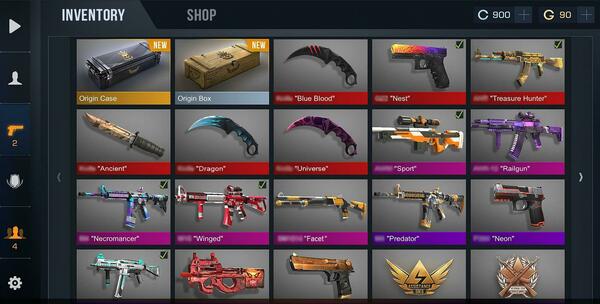 If you are familiar with the Counter Strike: Global Offensive game, then you should know that any skins and even some medals there can be sold on a special trading platform for real money. Axlebolt studio has also added a trading platform to Standoff 2 for in-game currency. This feature helps players to get certain favorite skins, and not spend a huge amount of money and time opening cases with equipment.

During the game, you need to constantly move and shoot. Here you have to press several buttons at once simultaneously. Due to the disabled auto-firing, it is necessary to manually aim and shoot. It may be difficult at first, but after a short time, you can get used to it. There are also buttons to reload and change weapons.

Standoff 2 is practically a copy of the world famous CS: GO for Android. Moreover, the copy is very successful. If you want to immerse yourself in dynamic network battles, then feel free to download and play this fascinating game.

How to install Standoff 2 Mod?

Don’t forget to delete the original version of Standoff 2 before installing our modified version to prevent errors during installation process.