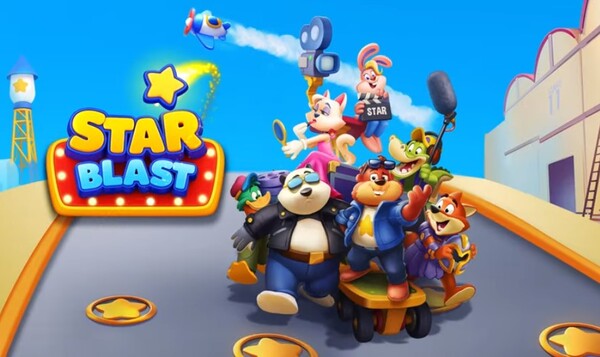 Star Blast from Peak Games will appeal to fans of casual games. The game offers casual features for the genre of three in a row. However, this time you do not have to collect rows, but choose those combinations of blocks that have the same color to allow them to destroy. Main goal is to form chains of blocks of a given color. The more blocks you collect at a time, the better. The smallest block can contain at least three shapes, and the largest one. This is where you need to check how many shapes of the same color you can combine. After all, the larger the chain, the more points and bonuses you get.

The further, the harder

The playing field has the form of a screen filled with colorful blocks. There are cells at the bottom with the bonuses stored, so you can use them as needed. However, those who have already played Star Blast advise not to rush to activate them, as the levels will become more difficult each time. In addition, it is better to save bonuses for difficult tasks. 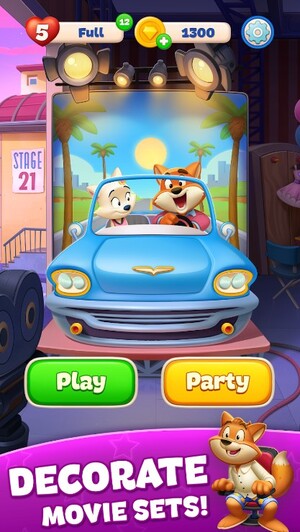 Collect the required number of blocks of a certain color. Destroy obstacles that will appear on the field, break combinations of a given number of figures. All your progress will eventually be evaluated in the form of stars given out depending on the points you have earned.

Inconsistency of the main plot

There is no plot as such and there is no separate story. You will simply get acquainted with the universe into which the game has transferred you and where the main actions will unfold. The latter are also simple and unpretentious: pass levels by completing tasks.

Join Brad Beaver, who you play as, went on a journey to help a major film studio. No, there is no global goal here and there is no need to save the world. You do not have to do anything other than the basic tasks of these games: solve puzzles. Therefore, this application is a bright time killer for those who do not want to be distracted by some storylines, but simply want to click the rows, trying to score the maximum number of points.

The player can try to enter a single player campaign or play with his friends. Players can get additional bonuses in the form of coins. If the completion of the round was successfully implemented, you wil receive a certain number of gold stars to use depending on the need. Even when the round was ideally completed, you will not get more than three stars. 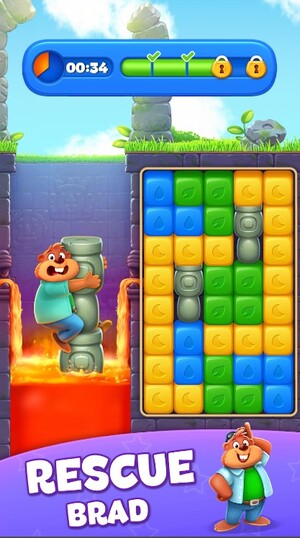 The graphic component of Star Blast will give you many positive emotions. Enjoy various mini-scenes with the heroes of the game. Read their dialogues and phrases that may well make you laugh. The developer also worked on the soundtrack, which perfectly conveys the atmosphere of everything that happens.

Download Star Blast Mod APK and get unlimited money for all your needs.

There are many bonuses and rewards hidden in the game, which will be unlocked as you progress. Access there hidden items if you reach the right level. For example, upon reaching the tenth level in Star Blast, you can get a hidden chest, which contains many useful rewards and effective bonuses for further progress. 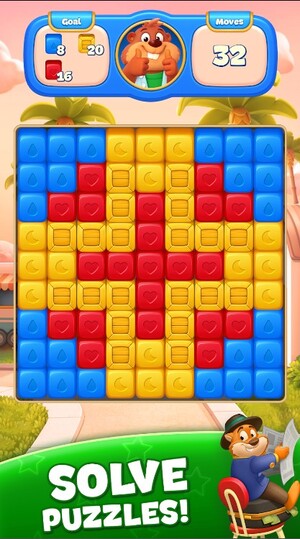 Each of these can help improve the player’s performance as well as make the game easier to play. It is possible to find gold coins, explosive items, rockets and bombs. Using them, you can get rid of several cubes at once.

Star Blast is a puzzle game from Peak Games that will appeal to players of all ages. Together with the main characters, you have to collect blocks of the same color in order to receive rewards for them.