STAR WARS: KOTOR II is a great RPG action game that has become a continuation of the first part. Try on the role of last Jedi left in the galaxy. Travel between planets, fight dark or light, overcome obstacles, complete tasks and make decisions. The fate of the entire game world depends directly on you! It is a nice addition not only for Star Wars fans, but also for all lovers of RPG genre. Check out other RPGs on our website Dragon Raja and Epic Conquest 2.

The beginning of the way

Creators of STAR WARS: KOTOR II took great care in developing the main plot. Go all the way of Jedi within the world of Star Wars, taking into account your choice. Waking up behind the backs of Galaxy, main hero begins his journey with almost no access to power without clear understanding of what lies ahead. Gradually, he opens up tasks, achievements and improvements that allow not just wandering from planet to planet, but consciously following the mission. 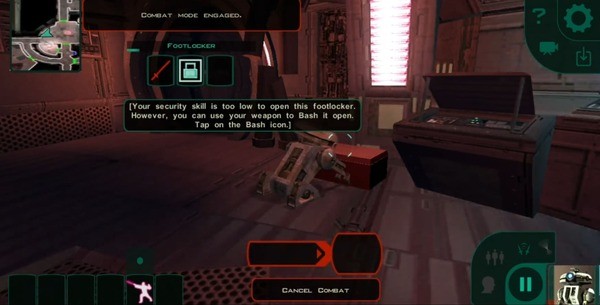 Fight for your choice

STAR WARS: KOTOR II allows players to choose one of the sides to develop main storyline according to it. In such way, your hero will receive certain tasks. Its completing can bring game currency and opportunities to improve the character. The tasks are not very diverse, but they attract with gameplay and graphics. In addition, you need to fight a lot regardless of the chosen side. These battles can help you to reach the maximum level for your hero. Moreover, players can create several characters at once to observe different plot lines development simultaneously.

According to STAR WARS: KOTOR II scenario, main character turns out to be weak at the very beginning and can hardly oppose Sith, who have captured most of the Galaxy. However, gameplay involves the phased character development with gradual improvement and providing necessary items. Quite often, you have to complete tasks in order to get some kind of item. By the way, you can skip side storylines to complete them later.

STAR WARS: KOTOR II is a well-made game in many ways. One of the most important features is beautiful graphics. Despite the time that has passed since the release of original game, graphic design remains one of the best due to constant developers’ updates. General game style corresponds to cinematic world of Star Wars. Movie saga fans have nothing to complain about, while RPG players would definitely love the general style of play. In game sounds and soundtracks are taken from original PC version, making the game even more appealing to fans. 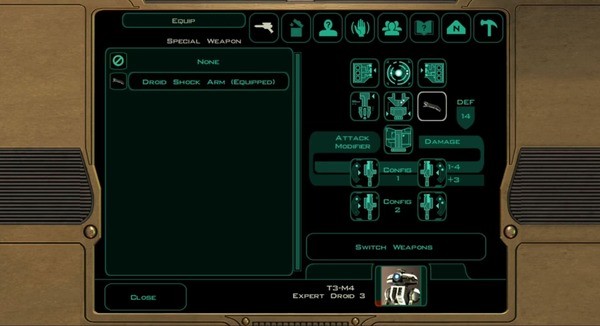 STAR WARS: KOTOR II is a classic of PC games. After the release on PC in 2003 and becoming a cult, the game appeared on Android devices. Now, it costs $15 in Google Play Market, but you can download it free. Just follow instructions at the end of our article to install the game. In addition, we offer you to take advantage of unlimited money mod.

Our team has tested functionality of STAR WARS: KOTOR II on several Android devices. We can confirm that game works correctly. Despite its large size (more than 2 GB), it has perfect optimization and runs even on medium devices. Therefore, you don’t need to pay money to enjoy the gameplay free! By the way, we also checked the presence of unlimited money mod. Indeed, we confirm that you can get game currency in unlimited quantities already after first launch.

Mobile version of STAR WARS: KOTOR II supports gesture control and external gamepads. Even if you don’t have such a device, you can use in-game controls that have been significantly redesigned taking into account touchscreen features. Developers also added special achievement system that allows players to compare results. 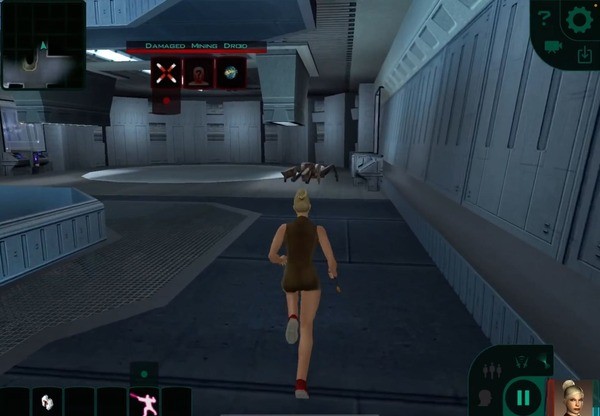 The game is set 4000 years before the events of the original trilogy. Its plot tells about confrontation between the Jedi Order and the treacherous Sith Lord Darth Malak. Main character starts the game as an ordinary soldier. Only after a while, he discovers the ability to control power. Choose his way and raise a noble Jedi who fights for ideals of good or a bloodthirsty Sith who doesn’t disdain contract killings and robberies. Visit the most famous planets of the Star Wars universe, including Tatooine, Korriban and the homeworld of furry Wookiees – Kashyyyk.

STAR WARS: KOTOR II is a bright, exciting adventure that can leave a pleasant impression after completing the game. It allows you to enjoy walking around the world of Star Wars and meeting famous characters.

We made everything to ease downloading process for every our visitor. However, if you download modded or hacked app from third party sources for a first time, the following how-to-do guide can be useful for you: