State.io is a strategic battle, is a simple, but at the same time exciting and interesting game in which you have to fight for territories. At each level, you will face virtual rivals in different locations, which are real maps of existing countries or even huge continents. Send fighters to any area to try to take control of it. If you manage to do this, it will also reproduce new units. Download also Bid Wars 2: Pawn Shop and Warhammer AoS: Soul Arena. 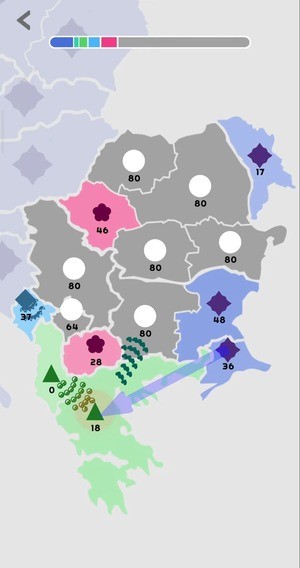 If you want to know more about the game, then check out our review.

Show off your tactical skills

The map in State.io represents small areas with endless battles. You have to show miracles of strategic thought and ingenuity to increase the territories under your control. Your opponent will be artificial intelligence, which will not allow you to capture your territories. It is necessary to accumulate strength and follow what is happening on the screen in order to launch your victorious attack at the right time. However, you should remember not only the attack, but also the defense. You must carefully monitor your opponent and repel the attacks of your neighbors in time so as not to lose the conquered territories.

Strengthen your army with boosters

State.io offers player only a small country at first. Therefore, it makes no sense to attack strong neighbors. Opponents are different, so each has its own capabilities. However, each victory gives a lot of useful things, new territories and resources for development. Spend earned coins on various boosts – acceleration in time, restoration of combat units, increase in army and its quantity. You can order your soldiers to continue fighting even in offline mode, when the gamer closes the game.

State.io contains a map of the area with different sections. They vary in color, size and designation. One of them is a country controlled by a gamer. Countries are constantly fighting among themselves for territory, so their borders are regularly shifting. All actions are displayed on the screen as dots and directional arrows. Therefore, you will know who attacked whom. 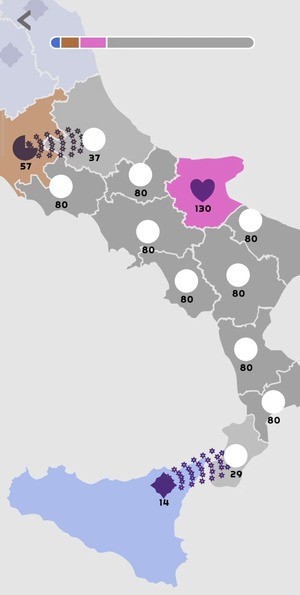 Let the game have a simple design, but addictive gameplay can take many hours. After all, you need to think through maneuvers, evaluate your own strength and capabilities of the enemy, taking into account different scenarios. After all, not all conquest campaigns end happily.

It will not be difficult for beginners

Perhaps the first levels of the game will seem easy, but the further you go, the more difficult it is to win, which means it will be even more interesting. Spend earned coins on three upgrades. This is a start with increased number of warriors, reduction in time of their creation and offline earnings. Enjoy tactical battles taking place on the screen of your device. You do not even need an Internet connection. Confidently win in intense battles. Using different tactics, you will be able to conquer the whole world.

Minimalistic graphic design and captivating sound effects allow you to quickly tune in to an interesting gaming atmosphere and dedicate yourself to future battles.

We suggest you to test State.io mod for unlimited coins. In addition, we removed all ads from the application.

State.io offers you to capture new territories and defend your lands from enemy armies. This is a tactical war game with beautiful graphics. Therefore, your country will grow and develop, entailing an increase in size of the army and its combat power. However, opponents also do not sleep. They can only attack the territories you have captured in order to win them back. 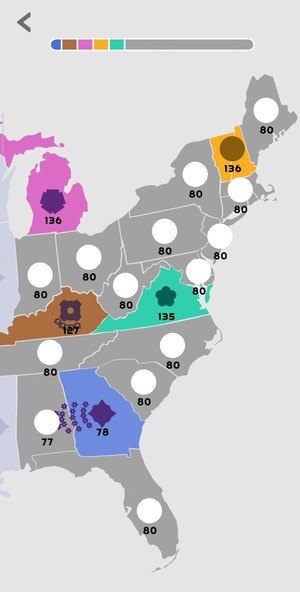 Each battle needs its own strategy. Calculate and severely suppress by precise strikes any tactical moves of the enemy. In such a ‘case, initiative plays a decisive role, as it does not allow the enemy to fully recover from the previous blow. You can also leave a small garrison in the occupied territories. When attacked by an enemy, it is possible to quickly create defensive lines and defend the borders of your empire.

If necessary, transfer garrisons from country interior to forward positions in order to strengthen forces of the advancing army or help in defense of the occupied territories. Unlimited money mod allows you to raise and restore your army after each battle. Along with this, the garrisons also have access to replenishment of the defensive troops. A tab will open with construction of special defensive lines that can hold back the enemy without your intervention. In this case, the auto-battle turns on and the defenders themselves defend themselves from the enemy forces. Victory will be yours only if strength of the garrison was equal to the strength of the invaders.

There are no many exciting strategies out there lately, but State.io is one such case. This game allows you to pass the time with great interest.