Stick Cricket Live is a casual multiplayer arcade game that allows you to build a cricket team and compete for the top position in the international rankings. The developers offer to start the fight for championship titles and virtual awards small. First, you need to deal with the tutorial, then you need to hold a couple of amateur matches with artificial intelligence, but then duels with opponents from all over the world will begin. Moving up the career ladder in the application is difficult: you have to develop skills, acquire equipment and show lightning-fast reactions. If you love sports, then try also My Basketball Career – Throw balls and Idle Five Basketball.

Not all sports are popular everywhere, but if you have always dreamed of playing cricket against the best athletes from around the world, then Stick Cricket Live is a great choice. 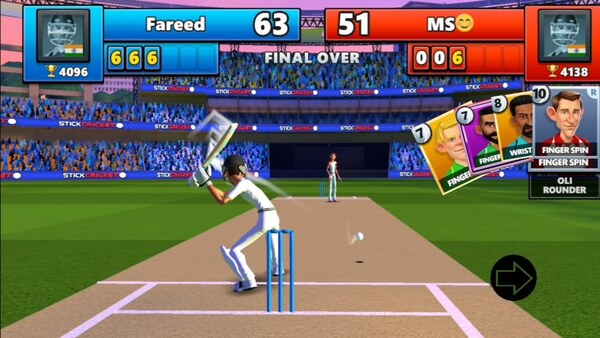 A distinctive feature of Stick Cricket Live from many other similar games is the presence of multiplayer. The game offers to fight one on one with any user from the Internet. Will you be able to beat every player, both novice and professional cricketer? Let’s find it out right now.

Embark on an exciting sports journey around the world, including Dharamshale and Dubai. Come out to the playing field. There you will compete with your opponent 1v1. Maximize your skills to become even stronger and more accurate. With each new victory, you will be one-step closer to competing with the great stars, as well as the title of cricket world champion.

Create your own unique player

To create your future unrivaled champion, you must give him a name. Choose a suitable appearance, as well as the country for which you will fight. Wonderful 3D graphics and views of the characters themselves, which any player will appreciate. An interesting and exciting Stick Cricket Live game in which you can prove yourself well and defeat strong and great professionals, becoming the best player. You are waiting for an unforgettable experience of playing with other players from all over the world.

During the gameplay, the main character of Stick Cricket Live learns new strokes that he can use against his opponent. Spin the ball or hit with a direct hit, main thing here is to achieve your goals. 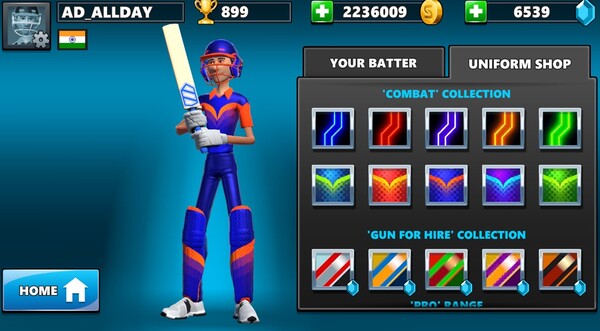 The more you learn, the higher your chances of winning. Of course, you will not be able to do everything at once. To hit right on target, you need long training, as well as confrontations with rivals. When you know how to do everything, you can deal with opponents very quickly.

We invite you to download the Stick Cricket Live Mod APK for unlimited money in order to improve the appearance of your character, as well as its performance, using the in-game currency.

The main rule of cricket is to throw the ball with such force and trajectory that the batter cannot hit it. As you may have guessed, the player is in the role of the same batsman. At first glance, your mission is very simple. You need to keep track of where the twisted ball flies and hit it in time. At our disposal will be two buttons located at the edges of the display. 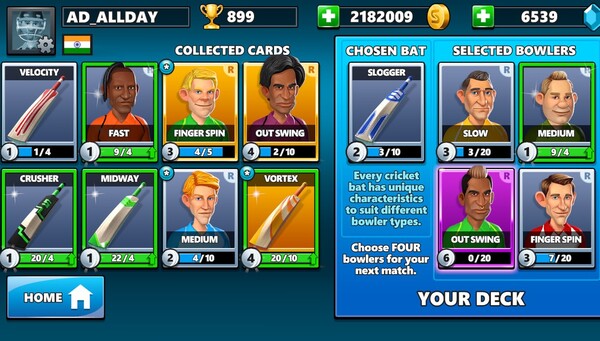 The gameplay is repeated from time to time. Main character stands in one place and tries to hit all the balls flying in his direction. Competing with players from all over the world, you need to score more points than them, which allows you to earn in-game currency and increase your current level. Spend the proceeds on buying equipment, bits and unlocking new heroes.

Stick Cricket Live is a very interesting game for cricket fans. For others, it may be incomprehensible. However, if you are familiar with the rules of this wonderful sports game, then you will like the application.