Stick War: Legacy from Max Games Studio is a real-time strategy stylized as stickman game with a long campaign and fun gameplay. The main goal is to turn the player’s state into the largest and strongest. Fight against other factions, each of which specializes in a certain fighting style. As you progress through, you discover additional abilities, active and passive skills that can strengthen your army. The game turned out to be quite simple, since you do not need to manage each unit separately, and your whole kingdom consists of a statue and several miners. At the same time, the game looks interesting even against the background of other strategies, since it offers a specific and addictive gameplay. In addition, if you are a fan of strategy games, then be sure to check out The Battle of Polytopia and Boom Beach.

Stick War: Legacy has over 100 million downloads and an average rating of 4.5. Find out why this game is so popular among users in our review.

In order to win the battle in Stick War: Legacy, player needs to destroy the enemy base. It is only one and looks like a huge statue. Naturally, you should allow the enemy to destroy your statue. Otherwise, you may lose. However, you need to recruit units to win. 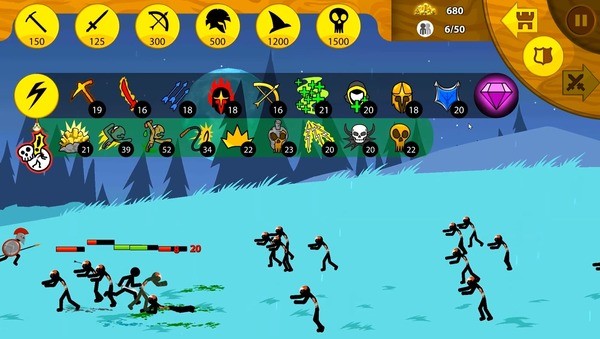 During the walkthrough of Stick War: Legacy, you have to create an Empire of Order by annexing other countries to the tiny territory of your state. The user has to complete several dozen levels with new enemies on each of them. According to the plot, an endless war goes on between 10 clans. Just take one tribe under control to end the bloodshed. Each faction has its own characteristics, but in general, they are very similar. Therefore, differences do not play a significant role in battles. By the way, a battle with a huge boss awaits you at the end of the story.

Stick War: Legacy contains many types of fighters and dozens of different improvements for them. You can create an army with an eye on your own strategy. You should not try to act by copying the solutions of AI, as bot calculates resources in a slightly different way. Find the best tactics on your own. Since winning in most missions in usual way simply doesn’t work, the AI ​​will gain an advantage in the economy and begin to crush with numbers. Therefore, it is necessary to recruit the right units at the right moments, since each type of warrior trains for a different amount of time. Come up with your own strategy to win. Upgrade individual stickmen to get higher-level warriors.

The app features undemanding stickman-style 2D graphics. Stick War: Legacy is famous primarily for gameplay depth, as well as for project specifics, but not for the picture quality. However, this style of rendering significantly reduces the app requirements for Android device. It’s hard to say anything about the sound, but it plays practically no role in this project. The main thing here is to try to develop your strategic skills. 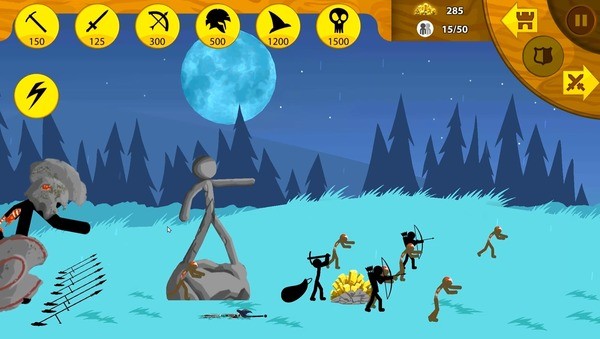 We offer you to download Stick War: Legacy with mod for unlimited gems. It can undoubtedly make your progress easier and the gameplay more varied.

Our team has tested Stick War: Legacy and confirms that it works correctly. After installing the game, your immediately get an unlimited number of precious gems into your account. Now you can manage resources as you see fit. As always, our security experts tested the game for malwares. Therefore, you can completely safely download and install our mod and enjoy the game.

The world of Stick War: Legacy is constantly at war. All countries constantly compete with each other for resources and influence. Your country is different from others. The people of your state never wanted to fight, advocating peaceful labor and coexistence. That is why your territories constantly suffer from the attacks of aggressive neighbors. Your hero, who led the state at such a difficult hour, thinks differently. Help the ruler to gather an army, improve the economy, upgrade the most important units and attack your enemy, capturing the entire territory. 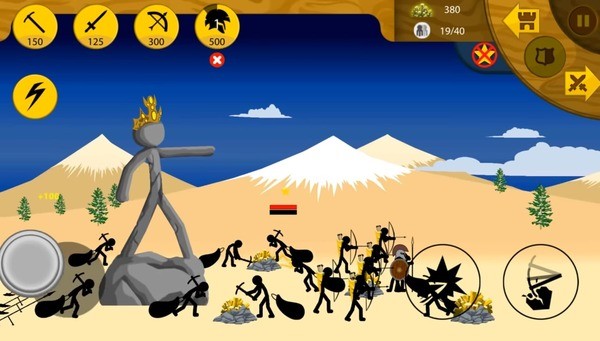 In order to advance to the next stage, you need to break the statue in the opponent’s camp. First, you have to destroy all the guards. Get gold to recruit troops. Use miners for this. Collect metal in the mines located around the camp. Each type of fighter in Stick War: Legacy costs a certain amount of gold. The more advanced your soldiers are, the more expensive they cost. After completing the level, you can improve individual parameters of particular type of fighter or get a certain passive skill that can help you further. After completing the campaign, you can switch to playing online or completing a variety of challenges.

Stick War: Legacy is a great strategy game in which you can spend a lot of time. A well-thought-out system of units and a high-quality balance make the game one of the best in its genre on Android projects market.

Don’t forget to delete the original version of Stick War: Legacy before installing our modified version to prevent errors during installation process.