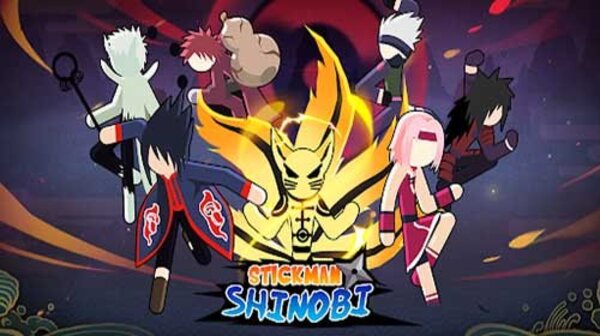 Stickman Shinobi: Ninja Fighting is an addicting game that all martial arts fans will love. Take on the role of a brave fighter and try to crush all the many villains, systematically pumping your skills and discovering new abilities. In addition to usual strikes in this game, various additional techniques will definitely not leave your enemies any chance. Keep a close eye on enemy actions and do everything to defeat him! As you progress, you often encounter the most dangerous bosses, each of which has incredible abilities. Combine blows, discover new skills and do not forget that at any moment something completely unexpected can happen. Do not forget to download Forward Assault and Stickman Dismounting.

The player will be able to control his character Stickman Shinobi: Ninja Fighting by means of the joystick located on the left side of the screen. There are buttons responsible for attacks on the right side. You can choose a strategy for yourself on your own: act on defense, choosing the moment for crushing blows, constantly attack without giving the enemy time to maneuver or choose a balanced tactics.

In addition to standard attacks, you can also deliver combos, leaving no chance for the enemy. For this, you need to pump the fighters well, which will be possible thanks to the victories won. Do not forget about the indicators of mana and health – they are extremely important. Main hero will not be able to use special skills without mana, but lack of health can inevitably lead to death. Be attentive and react in a timely manner to any attack from the enemy, because any blow can ultimately lead to defeat. Use magic, mind-blowing jumps or shrikes. Any method can help to win.

Take under your command one of the many stickmen fighters and try to master his style, techniques, magic and series of blows to perfection. Use cool lunges and throws to grab interactively appearing bonuses. Spend the funds earned in hot battles to purchase cool equipment, study powerful magic for attack and defense. There are dozens of heroes in the application, but initially only one is available to you. Open the rest during the adventure or for real money. Upgrade each hero, increasing damage, speed, amount of vital energy and chakra. Try to fight for a strong and muscular “tank” or take under your leadership a nimble dodger. Play on the side of a magician or warrior with long-range weapons. Try the features of controlling ninja, various werewolves and even reptiles.

The entire gameplay of Stickman Shinobi: Ninja Fighting is traditionally divided into levels. At each of the locations, you have to meet one on one with another fighter. However, sometimes you can fight again only one ordinary rival, but by a powerful and deadly boss. There are 10 different locations and 300 levels in the application. Boss awaits players at every tenth of them. There are 30 of them in total. Each leader has a huge amount of vital energy, as well as a special set of skills.

Stunning graphics and excellent animation are distinctive features of the game, making you a fan. Take part in epic battles, get rewards and unlock new types of weapons. In addition, the developers were able to create the most simple and intuitive controls, ideally combined with the general gameplay elements.

Many heroes in Stickman Shinobi: Ninja Fighting are available only for real money. It is upsetting, but there is a solution to similar problems. You can download our mod for free shopping and make purchases of heroes free.

Stickman Shinobi: Ninja Fighting allows controlling magnificent ninjas, whose setting has already conquered the whole world. Shinobi are ready to fight on a variety of maps. The green jungle is ideal for novice shinobi. The Mountains and Forgotten Sandy Valley are well suited for more experienced combatants. Act with great attention, since any battle can be lost, throwing you back to the beginning. The application involves a huge number of heroes. There are dozens of ninjas with different skills here. Each character has own skills that make him the strongest opponent.

There are 10 unique maps in the game and 30 different bosses. A player who successfully completes the levels receives impressive rewards. Are you ready to become a deadly ninja, a legend in the shinobi world? The story captivates not only otaku, but also all fans of cool arcade games.

For special fans of battles, the developers have also provided a flexible achievement system. The user must complete certain tasks and receive bonuses for this. You can also spin the roulette wheel once a day, where you can get additional prizes. Enter the world of elite warriors and fight for life and death. Use bright and effective skills and smite your enemies in fierce one-on-one battles. Overcome the resistance of all bosses and reach the end to enter the martial arts hall of fame.

Stickman Shinobi: Ninja Fighting is a bright and colorful game that can impress all fighting game lovers. Lots of colorful characters, unique techniques and great visual effects will make you spend many hours here. Well, almost everyone may like 300 levels and epic bosses.