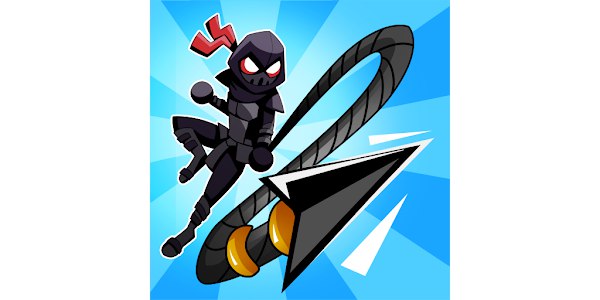 Stickman Teleport Master is an exciting application from the studio Skyrocket Games. Play as a stickman and destroy the same little men. The essence of the mechanics of the application is that you must make short dashes through the air due to instant teleportation. Get in this way to the highest floors and kill all the enemies. If you manage to do this in a row, you will receive useful bonuses in the form of cash. The whole game consists of short levels, each of which has a certain number of enemies. If you suddenly die, you have to start going through this location from the very beginning. We can also offer Shadow Legends: Sword Hunter.

The game already has more than one million downloads, and its average rating is 4.6 points. 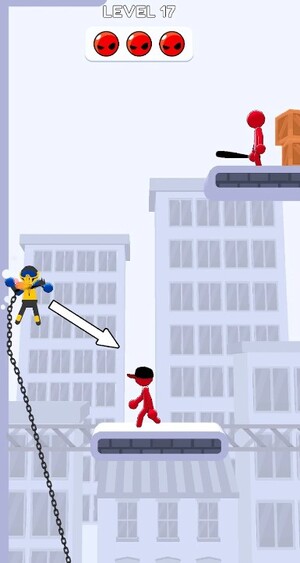 If you are a big fan of fast-paced action games that require you to think about tactics and look for weaknesses in your opponents, then Stickman Teleport Master will be a real find for you. Here you have to spend all your time in a single player campaign, which contains an incredible number of levels. Be prepared for the fact that the levels here are quite short, and their difficulty grows very, very slowly. The essence of each stage is to completely clear the location from enemies and reach the coveted finish line.

If you don’t have problems with the second, then crowds of enemies can give you a lot of trouble. The fact is that armed bandits who know how to shoot will act against you. Pleasantly surprise you and the arsenal of enemies. Some will try to hit you with a pistol or machine gun, and some will resort to drastic measures in the form of rocket launchers and grenades.

Boss battles deserve special attention in Stickman Teleport Master. Here, each boss is located in a special arena, which is more like an impromptu labyrinth. The boss himself, as well as his loyal subordinates, will die quickly enough, but here the whole difficulty lies in getting to him. The path to the enemy full of various traps, impenetrable barricades and so on. Keep in mind that the boss himself will actively shoot you from the most unexpected weapons. The boss battles here will require you to maximize your concentration. 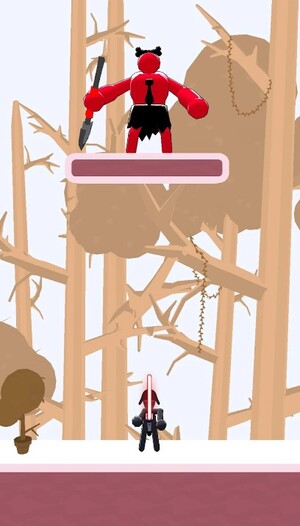 Get rewards and skins

No game is complete without rewards, a bonus system and in-game stores. Here you will also find rewards that you will receive for completing the stages. Increase amount of rewards several times, if you constantly agree to watch commercials. As you progress through the Stickman Teleport Master, you will also receive special keys to use to open chests in the mini-game. Chests can drop you either an impressive amount of currency, or rare skins for a character. You can spend all the earned currency on skins that will become a real decoration for the hero in a special menu.

We recommend you to download Stickman Teleport Master Mod APK for Unlimited money and gems. 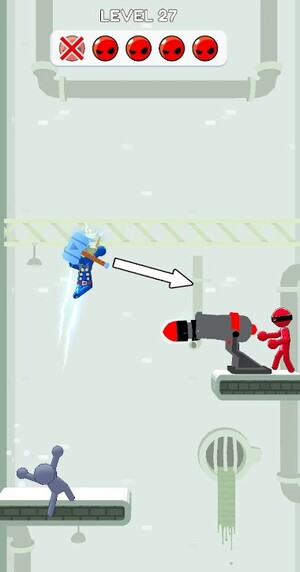 Developers of Stickman Teleport Master decided not to reveal the plot component of his offspring. Control a rather unusual main character who can move so fast that time slows down noticeably around him. This superpower helps him with his bare hands to deal with various bandits that fill the local game locations. With the help of rapid jerks, you will not only destroy opponents, but also move around the level, which to some extent will protect you from unexpected explosions or enemy traps.

Find relatively simple levels that will remind you of a tower where you need to constantly climb up. The local locations cannot boast of any branches, secrets and other elements that would add interest to the process of exploring the territory. Every fifth level here offers you to fight with a serious boss who is not only bigger than ordinary bandits are, but also has more deadly weapons.

Stickman Teleport Master is a cool game about the adventures of a brave stickman who single-handedly copes with a crowd of enemies. Teleport, kill and destroy.