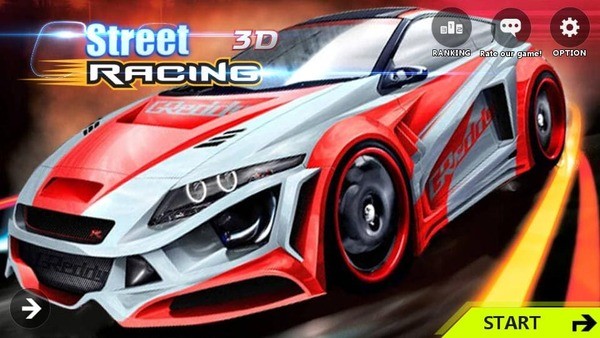 Street Racing 3D – exciting racing along the city streets. Here you can earn a lot of money, drive cool cars, and just get unprecedented fame among speed lovers. The main feature of the sports simulator is that all competitions will take place in completely different parts of the world. Therefore, you can fully admire the unusually beautiful locations and look at the local sights. Separately, we should say about the multiplayer mode, where you can compete not only with your friends, but also with racers from all over the world. For this, several racing modes will be available here at once, so only the coolest and fastest driver can win here. Also, download Rally Fury and Drag Racing: Streets.

Street Racing 3D offers players a variety of modes and challenges. More information in our review. 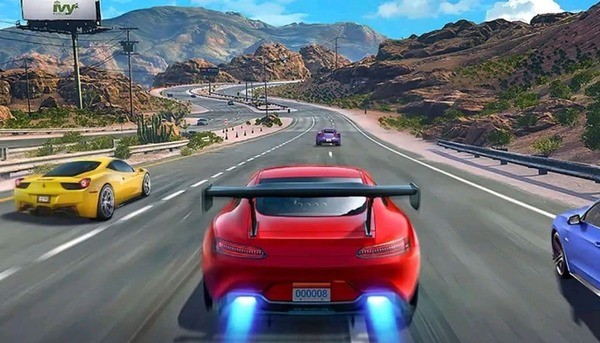 At the beginning of the game, you will find a tutorial in which users will be offered several control schemes to choose from, as well as a short excursion into the game nuances of this project. When you figure out the controls and win a demo race with opponents, you can get to the main menu of the game.

Surprisingly, the main menu of Street Racing 3D turned out to be simple and concise. Three tabs are displayed at the bottom of the screen: Mod Shop (painting a car and changing wheels), Upgrade (installing new parts) and Maintain (repairing body damage). In addition, you can find a button labeled “Career” in the lower right corner, which allows you to go directly to the competition. By the way, the career mode is divided into five categories (Amateur Challenge, Urban Rivals, Club League, Professional Championship, and Classic Masters), which open up for access as the level of professionalism of the players grows. There are also other modes, namely: qualifying tournament, one-on-one race and a mode called “trial time”.

Street Racing 3D is an opportunity not only to visit Paris, Tokyo, London, Chicago, Cairo or Hawaii, but also to rush through their streets, fighting for victory with the best street racers on the planet. Incredible race tracks with a variety of jumps and turns, redrawn cars to the smallest detail and a huge selection of improvements for them, including several levels of nitro, a new sound for the engine and others – all this offers you the game. 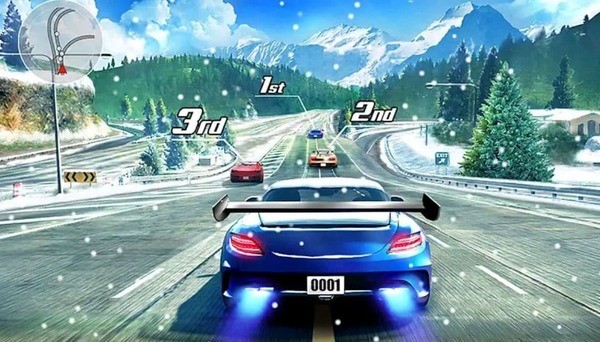 Even publicly available cars will surprise you. These are the best cars from the most famous world manufacturers and each of them is available for a test drive. Choose your car and get started. It is worth noting the very system of unlocking new cars. They are divided into classes and each class requires its own rights. To obtain them, you must complete all the same missions from the campaign. In general, this idea is very good.

Street Racing 3D looks very good on phones, while the game is completely undemanding to the hardware. Even a user with a rather weak device can enjoy the project. It is noteworthy that each car here sounds different and recognizable.

We bring to your attention a mod for unlimited amount of money. It allows you to purchase almost any cars and the best spare parts for them.

Street Racing 3D is a dynamic and exciting entertainment for anyone who appreciates risk and is ready to make every effort to win victory. You will be able to test own abilities, sitting behind the wheel of a sports car, which is part of a great collection of the racing game. Designed for those wishing to practice their driving skills, the game can boast of ease of operation, promising reward system and different modes. The game is ideal for getting the adrenaline that many people lack in a measured and prosperous daily life. Racing competitions on different tracks with the opportunity to get the title of the best driver will compensate for the lack of vivid impressions. 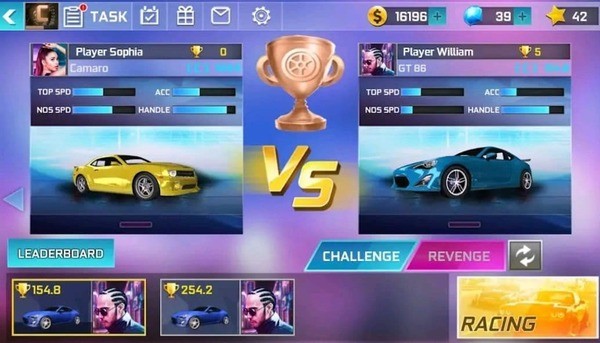 The main task will be to demonstrate unsurpassed abilities, thanks to which players can bypass rivals and gain leadership in a risky struggle. Access to new cars and improvements opens the mod for unlimited money. Attentiveness and practiced driving skills will allow you to achieve victory. During the ride, you should perform dizzyingly dangerous stunts, trying to maintain control over your car and surpass strong rivals. The game features incredible dynamism of the struggle. It makes you feel strong emotions and in case of victory – to be proud of your professionalism. Spend earned in-game currency on modernizing vehicles in order to increase the chances of winning.

Street Racing 3D is an exciting and dynamic race that allows you to drive the fastest cars on the most difficult and spectacular tracks.