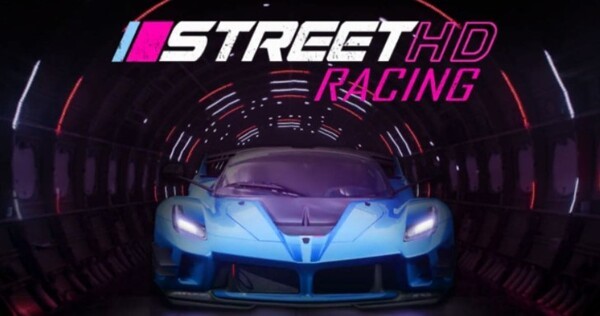 The street-racing genre in games has not lost its popularity for many years. Recently, a new representative has appeared called Street Racing HD. There are many models of real-life cars, a single career and a multiplayer mode – and all this takes place in the night city. Before us is a standard arcade game in the setting of street races. There are no races with the police, no gang squabbles or anything else of the kind. Maybe only minimalism attracts users to the game, because the main thing here is the road and the car. Opponents who do not want to concede in the struggle for first place also deserve due attention. The game is simbple, because there is an automatic control mode, but we will talk about this later. By the way, for racing lovers, we can advise Los Angeles Crimes and Mud Racing.

Despite releasing the game in 2019, Street Racing HD still manages to maintain its place of honor in the top free games in the racing category. Let’s find out why.

At the very beginning, we have to choose a control scheme. There are three of them. The first involves the use of a gyroscope when you need to rotate the device used to turn. The second will display the turn, throttle and brake arrows. For the laziest, developers provided automatic control. In this case, the car turns and accelerates by itself. You only needs to press the brake to enter the drift or use Nitro. 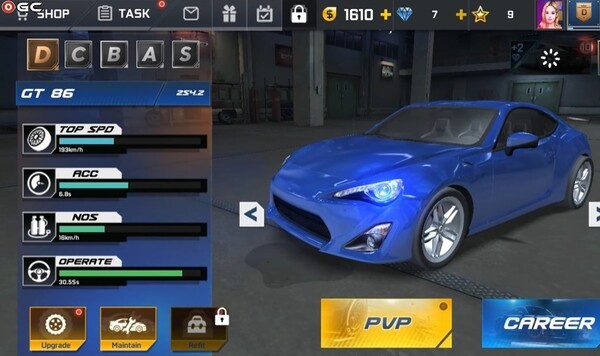 The choice of controls in Street Racing HD has a direct impact on learning to brake for skidding around corners and use acceleration. It is restored here with the help of bottles on the road. By clicking once, you will start the standard nitro. If you press the button twice, the car will accelerate very strongly. Doing this before turning is highly discouraged!

Initially, Street Racing HD sends us into the campaign – only single player mode is open from the very beginning. Subsequently, you will be able to open both PvP and other modes, but it is necessary to level up. The campaign does not recap any visible progress, such as a map with marked dots. There is also no plot that would justify why we are competing. Just every time we press “Next race” button and go to the race with bots.

There is nothing outstanding either in multiplayer. Standard races, but this time with live opponents. It is noteworthy that the authors also initially closed the possibility of improving the cars. This is a very dubious decision, because without it there is only a single player campaign, through which you need to open up new opportunities. Will all players do this?

Variety of cars that may surprise

Street Racing HD developers did not bother buying a license for real cars and bypassed the laws of copyright holders in a different way. You will see models of real vehicles, but without specifying their brand. However, it will be easy to navigate the models. In total, the game features several dozen cars on which you can fight for first place with bots or real rivals.

It is difficult to call Street Racing HD a project with high-quality textures and details. Firstly, the game is only about 100 megabytes, which already speaks of some limitations of the graphics component. Secondly, the presented animation cannot boast of quality, which clearly does not play into the hands of the creators. On the other hand, you can turn to Need for Speed ​​for better games, although you will have to pay for it and free up an impressive amount of device’s memory. If you are not a fan of cool graphics, then you obviously will not feel the difference between feelings of the gameplay. Cars drive, jump and explode – do you need anything else?

The situation is similar with music. There are no tracks of famous artists here, as you can hear only a couple of monotonous tracks from the music. However, while playing, hear tires slip, nitro starts, bumps and more.

Initially, the game allows you to drive only one single car, while all other models require earning money in numerous racing races. Moreover, it is necessary to pump any vehicle to match potential competitors. We suggest you download Street Racing HD Mod APK, which opens access to all cars at the first start. Additionally, you can also enjoy an endless supply of money to buy and upgrade.

Installing the mod will not cause any problems, so let’s move on to overview of the gameplay process. Driving a car, as mentioned above, cannot cause problems even for a three-year-old child. Everything is intuitive and easy. You can even pass the turns declared for drift without pressing the brake pedal.

Battles with bots will not cause any problems, since the local artificial intelligence seems to be programmed to fail initially. The only caveat comes down to the level of the car before the race. Each level of the campaign preliminarily states that you will have a chance of winning only if you upgrade to certain conditions. Accordingly, you will not be able to complete the race purely on skills.

The very process of improving the performance of the car in Street Racing HD features a smooth increase in the level of several components. According to the classics, power of the engine, volume of nitro, stability on the road (handling) and quality of brakes are main here. It makes no sense to sit and think about the author’s customization, since all these parameters affect only the general level of car development.

Another interesting nuance is the restoration of the car after the race. It turns out that the game has embedded physics of parts, because of which cars can crash right on the road. If you often hit the car, then its declared characteristics will fall over time and you will not be able to come first to the finish line even with a full upgrade. Fortunately, for a few pennies, you can send your vehicle for repair and get behind the wheel of a refurbished racecar in a couple of hours.

The game looks pretty simple and boring by modern standards. If you just want racing without much difficulty, then you can download Street Racing HD. The rest of the players will not lose anything by bypassing the project.