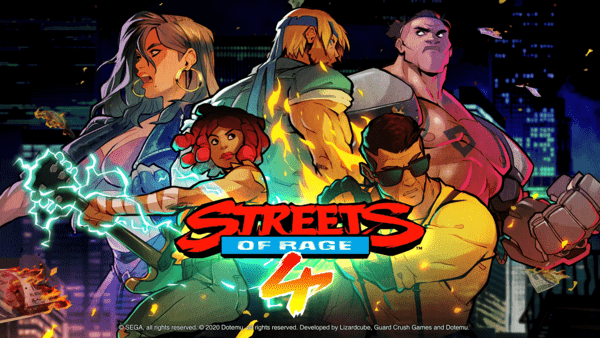 Streets of Rage 4 is a great old console game that developers successfully ported to Android. The original game was released back in 1991 and became exclusive to Sega consoles. Choose one of the game characters, each of which has unique skills. Once in the city, you have to restore order in it. Having developed his battle tactics, the player’s character will be able to defeat many opponents who roam the streets of the city. Today, the game hardly impresses anyone. However, it was an absolute hit by the standards of the 90s – a real interactive version of Hollywood action movies, with cool characters and brutal martial arts. If you like fighting, then download Blob Hero.

Therefore, this project is primarily designed for those who are nostalgic for the past, although it will also hook new players. . Check out our review for more details on Streets of Rage 4. 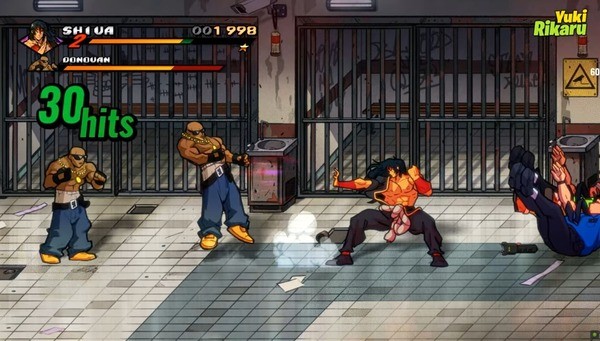 As before, you need to select a character before starting the mission. There are five main characters in the game. Old friends Axel, Blaze and Adam have returned to us, and nimble Cherry and a huge Floyd with two cybernetic arms appeared as new heroes. Completing missions brings awards that can help you to open characters from the old Streets of Rage, which will delight fans. In total, there are 17 heroes in the game.

Each character requires a different approach

Each of the characters has its own gameplay. Axel is a classic average character who both holds damage well and punches quite hard with his fists. Blaze is more fragile, but moves faster around the battlefield and is better at handling weapons. Cherry moves even faster and can run as well as jump grabs.

Floyd is able to grab two opponents at once and push their heads together, as well as withstand an incredible amount of damage. At the same time, he moves slower than others do. After a certain mission, Adam will also appear, which is very similar in characteristics to Axel, but his blows look much more spectacular.

Use various tricks and super blow

Control in Streets of Rage 4 is tied to just a few buttons: movement, jump, normal strike, backstab and powerful attack. Health decreases while using the latter, but the character can regain it if he then immediately inflicts several normal blows. A powerful blow is divided into defensive, attacking and air. 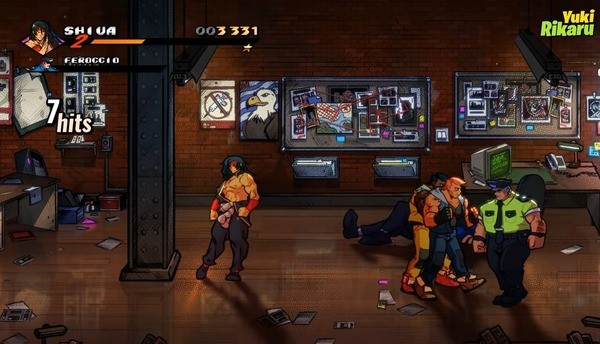 When using the defensive hero, he hits around him and touches even those opponents who are above or below him. At the same time, such a blow gives a second of invulnerability, thanks to which you can catch opponents who rushed to the attack, or simply avoid damage.

There is also a super strike called Star Move, which players can use a maximum of two or three times per mission. To do this, you need to collect special stars at the levels – each gives one charge.

The first thing that catches your eye when you launch Streets of Rage 4 is the graphics. It is truly amazing. The developers stylized the game as a comic book, added a huge amount of bright colors and made beautiful special effects.

The main problem that users of Streets of Rage 4 face is that the game is paid. It costs almost 8 dollars. If this is too much money for you, then you can use the mod and download it free.

The gameplay comes from the 1990s. We move from left to right and beat everyone who meets on the way. Sometimes we break boxes to get an apple (restores little health), a chicken (a lot of health) or a bundle of money (gives points). Scored more points – got a spare life. If the enemy is not standing directly in front of you, but slightly below, then the blow may not pass through him. If you just enter the opponent, then the character will capture him and will be able to either throw or inflict several blows and then hit the ground with force. 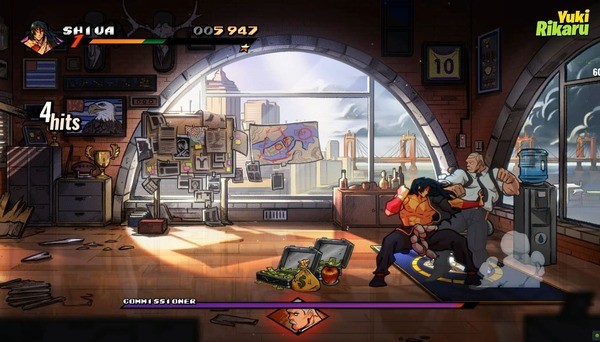 There are many enemies in Streets of Rage 4. Fight usual bad people who run diagonally with a knife or punks who make tackles, as well as fire-breathing fat men familiar to fans. There are newbies too. For example, cops with energy shields – you cannot hit them while their protection is active. Boss battles deserve special praise. Each requires a certain approach – you will not be able to stomp the enemy simply.

The plot is very primitive. This time the city faces a new danger: children of Mister X decided to enslave the minds of the inhabitants of the metropolis with the help of zombifying music. An interesting idea, which, unfortunately, has not find itself in the gameplay in any way. However, they don’t enter Streets of Rage for the sake of the plot, so we can forgive even such a banal scenario.

Streets of Rage 4 is a great game that will appeal to both fans of the original trilogy and newcomers who want to touch the childhood of the older generations.