Subway Surfers is one of the most popular mobile games that has enjoyed great success on iOS, Android and Windows Phone devices, and has even been adapted for personal computers. All this is the result of the joint work of Danish companies Kiloo and SYBO Games, which, despite the fact that the game is already 7 years old, release updates for it every month.

You have to play as a graffiti artist, who comes across with police officer at the beginning of the game. The grief-artist has no choice but to run away along the railway tracks and that’s the moment when controls pass into your hands. Throughout the game, will have to run away from the inspector, avoiding the oncoming trains and overcoming obstacles. If during the game your character doesn’t have time to dodge the train or stumbles over an obstacle, the game will be over.

We bring you an overview of Subway Surfers features that have attracted more than 3 billion users worldwide.

The playing area includes three parallel treadmills. Numerous and varied obstacles placed in the most unpleasant places make you constantly maneuver, jump from train to train, calculate the best options to overcome obstacles and collect the maximum number of coins. 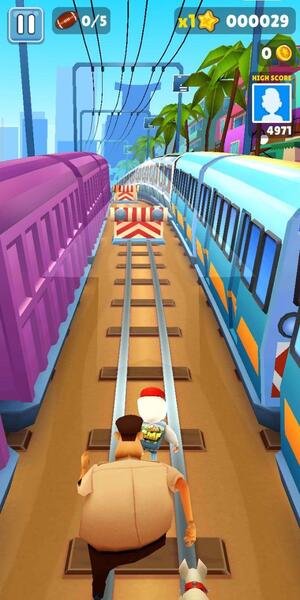 In new episodes, the developers are trying to change the environment as much as possible, which resulted in the so-called World Tour. That is, from episode to episode, a team of surfers travels from country to country. From Sydney to Tokyo, from New York to Rio. New updates also include change of bright scenery, where gamers can guess the country origin. The game elements also change with each update – new characters, themed boards and costumes appear. In a word, fans of Subway Surfers don’t give up and expect every new episode with great impatience.

In order to make the game more varied, the developer company KILOO has prepared bonuses. For example, you have a snowboard that allows you to significantly speed up (it is given only at the beginning of the game, then you have to pay for it) or a miracle box in which you can find anything you want, from additional coins to the same snowboard. 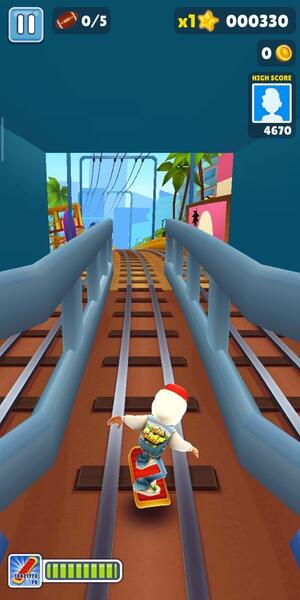 Pay particular attention to the store: here you can buy additional clothing for your character or buy a new one. Clothes are relatively inexpensive and cost from 300 coins. However, the characters are extremely expensive – some of them cost several hundred thousand coins! We will say right away that almost all characters differ only in appearance and only a few have additional capabilities. 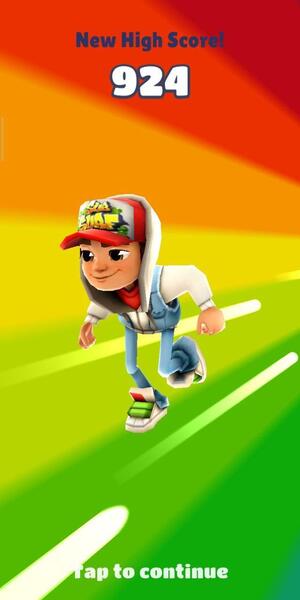 One of the main advantages of Subway Surfers is that you can play it with your friends. Complete lack of a plot doesn’t prevent it too, since this game has a simple storyline, which allows you to play completely relaxed and not worrying that you might miss something. You can play not only in cooperative mode, but also against other real players, which will make the gameplay even more fun. 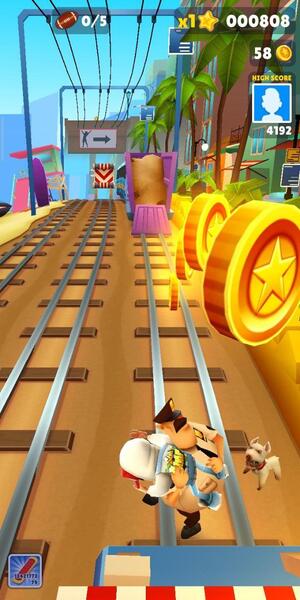 Celebrate the holidays with Subway Surfers

No big holiday passes by the game as it also has celebrations on a grand scale. The developers love to introduce holiday elements, surprises and gifts. For example, Christmas and New Year turn the game into a stunning and magical world, where everything covered with snow. Streets decorated with colorful lights, and heroes get funny costumes of an elf, Santa and a snowman. The developers fill every Subway Surfers holiday episode with a special atmosphere that can cheer you up even on the gloomiest day.

The graphics, despite the fact that Subway Surfers release was in 2013, are still at their best – nice looking and very smooth. You can achieve the variety of landscapes by changing the city, thanks to monthly updates. As for the sound: even despite its monoton, over time, it only begins to please and allow you to immerse yourself in the atmosphere of a railroad race.

Subway Surfers is a free game distributed on Google Play. As we wrote above, to simplify the gameplay, the developers have introduced special bonuses into the game that you can buy for in-game currency. This is not to say that the game requires investments of real money for a comfortable passage, but over time, eventually you will begin to pay attention to new heroes’ skins, various options to facilitate the next race and world leaderboard. The further you run along the route, the more difficult it will be to cope without these bonuses, which may simply end up, as well as the money to buy them. 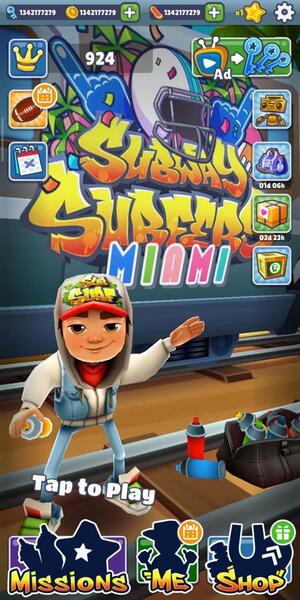 That is why we bring to your attention a modified version of Subway Surfers with a large amount of in-game currency. All you need to do is download the mod for unlimited money from our website, install it and launch the game. The money will be available immediately on the first race.

For the safety of our users, we tested this mod on our devices and we can guarantee its stable operation without freezes and crashes from the game. Thanks to unlimited money in your game account, you can buy as many bonuses as you want. Continue the race without hindrance even after you hit another obstacle. In general, it provides all the conditions for taking first place in the overall world standings.

Subway Surfers, despite the abundance of equally high-quality analogs, remains a top example of a classic runner on Android devices and not only. This is evidenced by 3 billion downloads worldwide. Colorful gameplay, absence of any semantic load, intuitive controls and constantly emerging new episodes. All this in total raises this game to the category of must-have applications that remain in the device’s memory forever. By the way, for fans of such funny and cool games we also present Tanks a Lot! and Toon Blast.

How to Install Subway Surfers Mod?

Don’t forget to delete the original version of Subway Surfers before installing our modified version to prevent errors during installation process.