Summoner’s Greed is a colorful and addictive tower defense strategy. According to the plot, you will be in the role of a hero who has stolen an incredible amount of jewels and treasures from the king. Now you need to protect your lair from the advancing royal army. Protect your loot by all means, placing your defenders in the way of your enemies! From the very beginning of the game, you need to build a defense strategy and place your existing heroes along the road along which the opponents will go. If you love strategy, then also download Adventure’s Road: Heroes Way and Factory World.

Summoner’s Greed has become a real hit among users. The game has several million downloads and this is not the limit! Join and you. 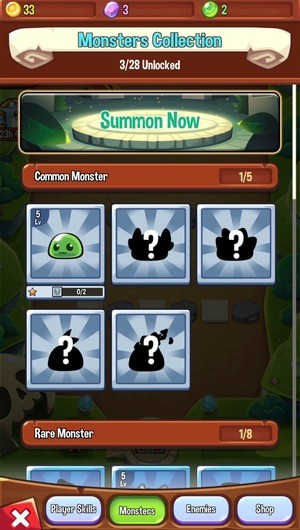 All characters attack and use their unique abilities on their own. As you play, upgrade them, level up, and learn new abilities. Thus, you need to beat off one wave after another and not let the enemies to the camp. Don’t let the soldiers get to the hero’s dwelling, repel attacks, the strength of which will only grow. Arrange monsters and defensive structures and repulse opponents.

Fight against such units as peasants, ice mages and royal knights. Each of the heroes has own characteristics, so do not rush to send all your forces to fight the weak peasants, but save them for the knights and magicians. Use magic to protect yourself, summon various monsters and go through one test after another. Raise your level and open up new opportunities that will make you stronger and help you resist a huge number of royal warriors. 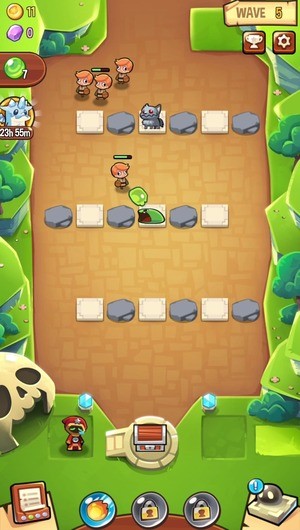 Upgrade heroes and unlock new ones

Earn cash rewards with every victory in Summoner’s Greed and invest in new warriors and tower types. Each of them has unique characteristics and abilities. You will not be disappointed with funny cartoon graphics, intuitive controls and entertaining gameplay. Fight against other players and show what you are capable of.

The graphical component of Summoner’s Greed features a nice painted stylization. The game received a colorful cartoon design, a huge set of unique creatures, addictive gameplay and simple controls. Fans of strategies with RPG elements will be delighted with this utility.

Do everything to prevent the brave heroes from stealing your reward. To do this, you need to summon monsters, which you will need to place in certain places, so that they kill the warriors walking along the path. You can also use magic spells against your enemies. However, remember that it will take some time to recharge them. You will earn gold coins for killing enemies, for which you can improve your magic spells and units to make them stronger. After all, your enemies will be stronger with each new wave. 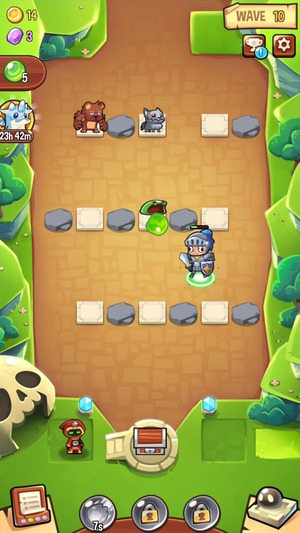 You have to fight with more than 50 types of enemies. To do this, more than 40 different monsters will be available to you, where each of them has own special unique abilities. In addition, 6 powerful magic spells are available to you to help you win the final victory over all your enemies.

In addition to the usual single player game, you will be able to fight against other players, which can test your abilities against difficult opponents. Now, the game has dozens of different characters, from which you can create a wide variety of strategic tactics!

Summoner’s Greed is an exciting tower defense strategy in which you have to help the main character protect his precious treasure chest from countless brave warriors who will try to steal it.