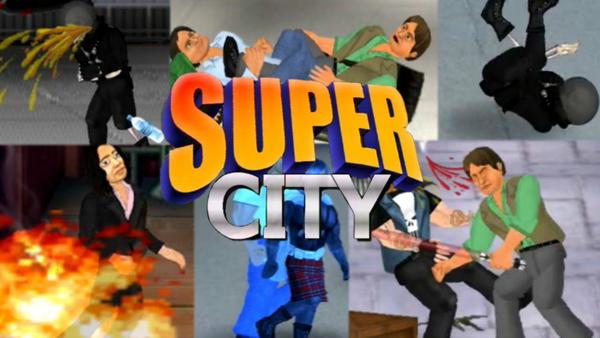 Super City (Superhero Sim) is an interesting and unlike other action fighting game from the developers of MDickie. The game invites players to many adventures and fights with elements of martial arts and wrestling. Your main task is to clear the city from the influence of enemy gangs and seize control over all locations. You can join a guild of heroes, a squad of villains or join neutral people. In any case, be ready to numerous fights, flavored with use of superpowers and shooting from various weapons.

Choose one of 150 characters, customize him as you like and go out into the city to plant your faction’s flag over every location and building. Immerse yourself in the insane atmosphere of Super City and write your own unique story. Do you like farming games? Then don’t miss amazing Hay Day with built-in mod.

Read on to discover the highlights of Super City (Superhero Sim).

In total, Super City (Superhero Sim) features 69 heroic characters, 66 villains and 15 neutral warriors. Moreover, many of them are references to real famous heroes. So, Inconsolable Sulk is everyone’s favorite Incredible Hulk, and Death Toll, as you might guess, is Dead Pool. Your gameplay depends on the choice of the side. If you choose a hero, then you need to fight exclusively with the villains and take away the territory of the city and vice versa. If you decide to stick to neutrality, then your character takes the side of those who you beat less during the playthrough.

After hero selection, you go to the section for changing the appearance of your character. Skin choice in Super City (Superhero Sim) is very huge. Starting with the fact that you can choose the color of hair, mustache and beard, ending with dimensions. There are more than a hundred types of face alone, as well as almost 80 types of hairstyles. When you are done with appearance, you need to choose your hero’s superpower and upgrade his damage, defense and speed indicators. In general, the character editor is very diverse and it can take a lot of time here before your hero is ready. 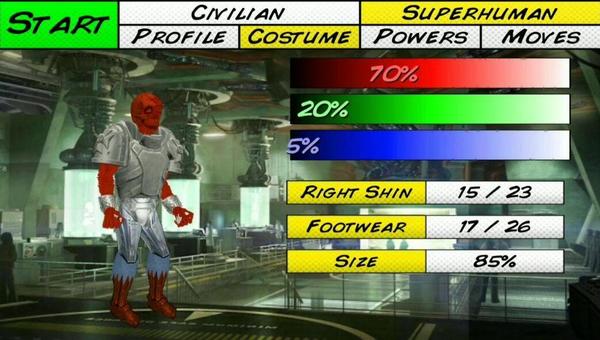 Besides the usual fistfights and battles with the use of weapons, each hero has his own superpower, selected during fighter creation. The number of these skills is quite large. You can choose Palm Lazer, Eye Lazer, Chest Lazer, Freeze, Web, Logthing, Invisibility, Arrow, Ninja, Mind control, Attract Object, Imitate appearance, Sleep, Blinding, Defecation, Forse push, Ignite, Rescale, Green Lazer and Telepathy. As you can see, there are more than twenty abilities in Super City, and many of them are quite unusual, so you need to think carefully before choosing.

Explore a huge city map and take control of all areas

When all preparations are completed, you enter the battlefield to restore order in the big city. The entire map has 33 locations. Some territories are in control by heroes, while others – by villains. Several buildings and districts are not yet under anyone’s control. You also need to correct this situation. Go to those places where the flag is not yet flying, find enemies and set them hot to get out of your lands. If you decide to play neutral, then you can choose which side to join during the walkthrough. You won’t be able to sit on both sidelines!

Use all available means to crush enemies

During the battles in the game, you may come across various items under your feet to use later. You can find a regular skateboard that you can use as weapon or ball that you can throw in your enemies. Sometimes there are useful things like a pistol or a hunting rifle. Thus, Super City (Superhero Sim) has a dynamic environment, and you never know exactly what can fall into your hands. 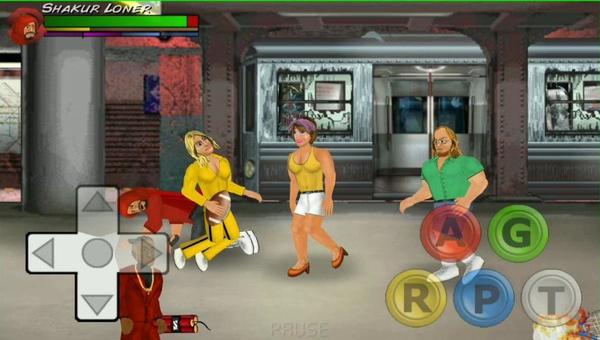 Super City (Superhero Sim) has two-dimensional graphics. All 150 characters are unique and many of them have their real counterparts. The sound in the game is of sufficient quality. All blows, superpowers and shots from weapons have own specific effects. Moreover, characters scream terribly when they are beaten.

Thanks to modified version of the game, you can have access to all Super City (Superhero Sim) content. All customization options, all locations and items become unlocked in this special premium version.

We have tested Super City (Superhero Sim) for our website users. Based on the test results, we can guarantee you safe and correct mod operation. After installing, you can enjoy all the content of this game immediately.

The game has simple controls. With your left hand, you can control character movements, and with your right hand, you can inflict various blows, put blocks, use superpowers or pick up any improvised item from the ground. 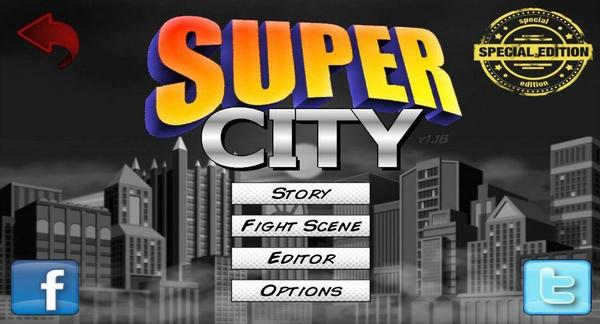 Another great feature of Super City is the communication between characters. For example, you are walking around the location, when suddenly your ally starts a fight with enemy. He can always call you for help so that you quickly clear the block from enemies. In addition to the story mode, the game has a Fight Scene. Here you take part in a massive fun fight involving several characters at once, where everyone fights for himself.

Super City (Superhero Sim) is a good way to kill time and have fun, because the developers have an extraordinary sense of humor. Immerse yourself in the crazy atmosphere of a fighting game and don’t forget to use superpowers to make fun of your opponents. Download and install the unlocked mod and enjoy all the functionality of this crazy game.

Don’t forget to delete the original version of Super City (Superhero Sim) before installing our modified version to prevent errors during installation process.