Super Cloner 3D is an interesting application that builds on a clone system. Your hero is a simple bacterium and there are many enemies in each location. Now you, using your superpower, can become a clone of your opponent and kill him very easily. Each enemy monitors a certain area of ​​the map. Try to slip past without getting into his line of sight. If someone notices you, then run away or take the fight! Each level has its own ending in the form of a door. In addition, you have a lot of skills and improvements that will help the user to get to the end. We also recommend that you download Gangs Town Story and Farm Heroes Saga.

The game has over one million downloads, with an average score of 4.4, which is pretty good.

Super Cloner 3D makes it possible to complete levels without engaging in battles at all. You have to stay in this world for a decent amount of time to learn all the subtleties and achieve success. In any case, secrecy is above all. The more thoughtfully you hide, the higher the chance of winning. In order not to get caught, it is enough to monitor what space is illuminated by the lantern of your opponents.

Just stay out of the light and move forward. Of course, sometimes it is almost impossible to do this, because there are several rivals in a small area of ​​the location. In this case, you will already have to use weapons or become a clone of the enemy.

Sometimes character in Super Cloner 3D gets various boosters that allow you to destroy enemies even more fiercely. For example, it is a stab, freeze, arrow, bomb or katana. You can even collect a whole set of skills by adding three of them to your collection. You will be able to deal damage to opponents during his adventure.

It is worth noting that your hero has a certain amount of life energy, as well as enemies. Therefore, you need to be careful when you once again sneak up behind and cut the enemy. It is possible that he will have time to answer you and take a certain number of lives.

A wide variety of enemies and traps

Super Cloner 3D offers many levels, as their difficulty gradually increases. Barrels with exploding fillings, cameras, alarms, special doors appear in the rooms, which require a golden key to open. The player should use partitions to hide from guards, move in such a way as not to fall into the view of enemies. 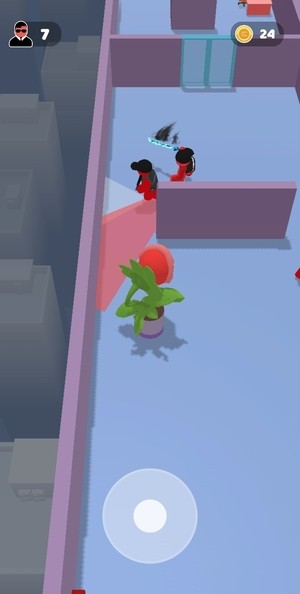 Between floors, the player gets the opportunity to purchase something in a special room, the armory. Before entering it, you will see the inscription “Choose equipment”. With some luck, here you can buy skills for in-game currency: disguise, evasion, increased movement speed, weapon rate of fire, and more.

Bright and attractive 3D modeling graphics are used in Super Cloner 3D. It is not realistic, but beautiful enough and can satisfy the needs of even a whimsical user.

We suggest you download a mod for an unlimited amount of money in order to acquire all new power-ups for the hero.

Super Cloner 3D offers you to turn into a clone of the enemy and kill him with his own methods. You can earn some money already during the passage. Coins are scattered throughout the location. They can also drop when killing enemies. You will come to the finish line with a certain level of in-game currency. Sometimes opponents appear very unexpectedly.

You must not lose sight of anyone. Otherwise, you have to go through the same level many times. For the money you get, you can improve the characteristics of your hero. You can also save and get new good weapons. 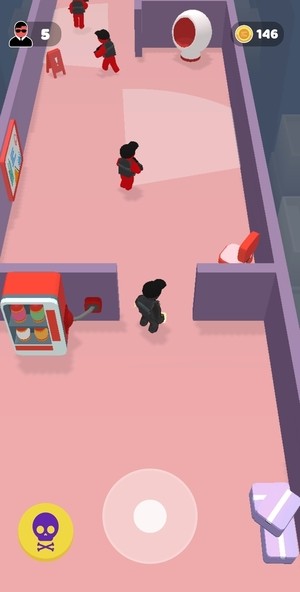 The developers were not too lazy and added many weapons. Not only cold, but also firearms. However, even having a cool weapon does not mean that you will be safe. Explore the game world and find places to hide. For complete confidence, you have to pump not only weapons, but also the hero himself.

For example, you can increase the speed of movement, level of health, temporary invulnerability and more. Approach this issue with special attention because in this way you increase the chance of successfully reaching the end of the location.

Super Cloner 3D – a funny mini-shooter pleases with many levels and simple game mechanics. The gradual increase in complexity makes it possible to get used to the controls. Develop your own strategy for passing.