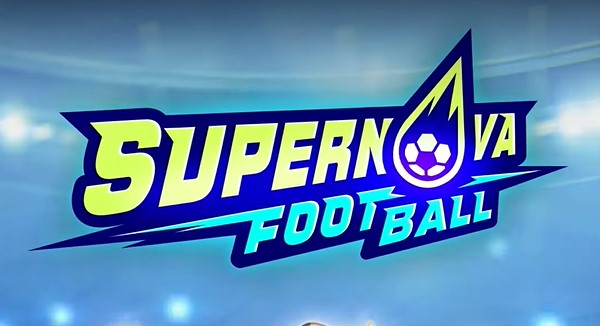 Supernova Football:Soccer Game – a football simulator with the ability to upgrade football players and exciting gameplay. Assemble own football team and take part in matches, fighting for the league cup and the national championship. The gameplay itself is far from new, but it is insanely interesting. It will appeal to all fans of football simulators. You have to start with training, after which you can start your own coaching career and try to win all the medals and cups. Winning matches brings you coins and crystals, with their help you can purchase packs with new players, train and upgrade their characteristics, which will allow you to win more matches. If you love sports, then download Football League 2023.

If you are interested in this project, then read our review. 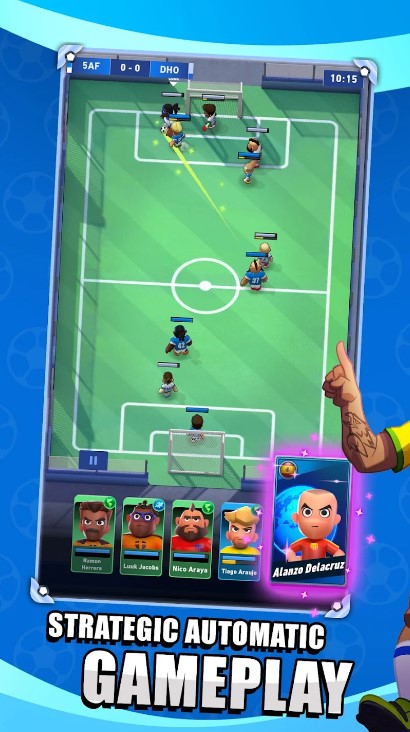 The gameplay of Supernova Football: Soccer Game focuses on dynamic matches. If you are going to fight for points in order to advance to higher leagues, then you need to participate in the last of the modes. A timer showing the total time played limits each match. Before the start of the match, you will need to decide on your player.

As mentioned earlier, the player selection system here will remind you of the mechanics of selecting and leveling characters in classic RPGs. Unlock players from special boosters that you will receive as you complete missions and participate in matches. Each player here has his own role and a special skill that he can use several times per match.

Break into the top division

Each victorious match will bring you some in-game currency, league points and experience. After reaching a certain number of league points, you will be able to move up to a higher division, which promises you tangible rewards and competition with strong opponents. Use in-game currency in Supernova Football: Soccer Game to open boosters. From them you can fish out new players or costumes for existing players. There are many skins here. Considering that the developer has made a lot of effort on detailing the characters, the fitting of costumes here looks very natural. 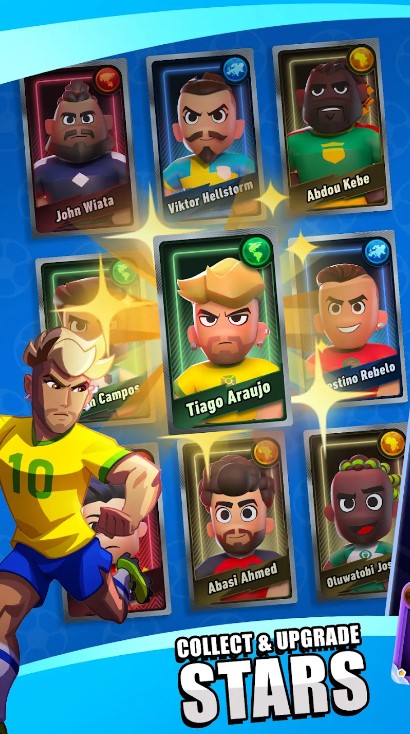 Each football match poses three tasks for the gamer. They are very diverse, for example: score a goal in one of the upper corners of the goal, hit them with a header, hit the goal from a short distance or give an accurate pass. Of course, the most important thing is to score a goal. That is why it is important to choose the right tactics and strategy in Supernova Football: Soccer Game to crush your opponents. Here you need the correct placement of players, as well as the right choice of which of the players you need to invest more resources.

We recommend that you download Supernova Football mod APK for an unlimited amount of money.

Players move independently during the competition in Supernova Football: Soccer Game. Get into play at just the right moment to turn things around. When passing the ball to a friend, be sure to pay attention to the placement of the members of the opposing team, the direction of their run, the position of the body and legs are important. The player must ensure that his transmission is not intercepted. Of course, the ability to find it is directly related to the experience of the gamer, his ability to navigate. 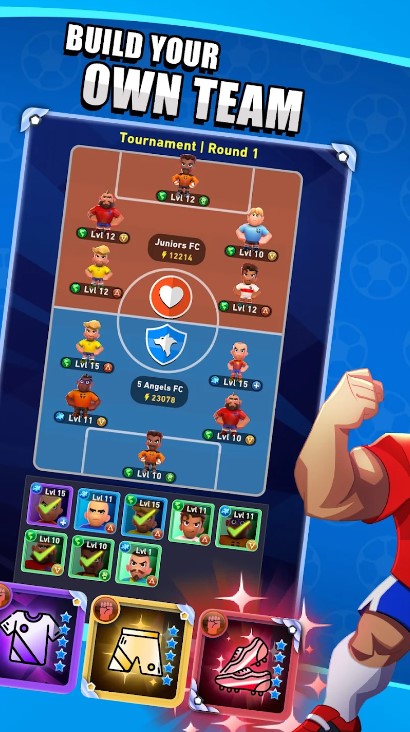 How are the responses from the opposing team going? AI serves each ball during/after the game AI. It calculates the situation, adjusts it, sending opponents to the ball. The tenth match played by a gamer opens a menu that allows you to change the character’s equipment, appearance, apply a number, and so on. This will give you new customization options.

Supernova Football:Soccer Game will captivate football fans. The gameplay is elaborated, interesting, captures the player. Lovers of simulators on sports themes will like it.