Survival Game Master is a casual project from the ZPLAY HC Games studio. The game focuses on the famous series “The Squid Game”. The Korean work gained immense popularity all over the world too quickly, so it is not surprising that apps began to appear that repeat the events of the picture. Today, all gamers are actively looking for something worthy on this topic. The developers do not pay too much attention to the quality of the released works, because they are trying to make a profit before the wave of popularity of the series subsided. However, we cannot say the same for this game. In addition to participating in the trials, you will also become the organizer of the show here, hiring people and receiving money from VIPs for this. By the way, don’t forget to also download Crush the Castle Legacy and Tuscany Villa.

In a short time, more than 500,000 users installed the application. You can independently evaluate the project features, test the gameplay and then leave your feedback on the Play Market. 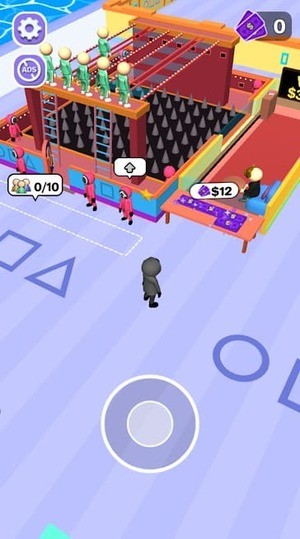 Hire recruits to participate in games

According to the plot of the series, an already middle-aged man named Song Ki-Hoon is literally drowning in debt. He is divorced and forced to sit on the neck of his old mother due to lack of money. He spends the last of his money on racing bets, but even the winnings are not enough to get out of the bottom. One day, a stranger approaches him on the subway. He invites our hero to play one game, while handing him a very decent amount of money along with a business card. You will play the role of this very stranger in Survival Game Master, inviting people to participate in the game. Player only needs to lead people to distribution points and then directly to the test fields. Recruit 456 test subjects and get money for each!

All the game characters of Survival Game Master take part in an amazing project, where they have to go through specially designed thoughtful tests. The main idea of ​​all levels is the most common children’s entertainment. Everyone in childhood played dodgeball, tug of war and the like. The only difference between what happens in children and here is that all the characters taking the tests can die if they make even the slightest mistake. 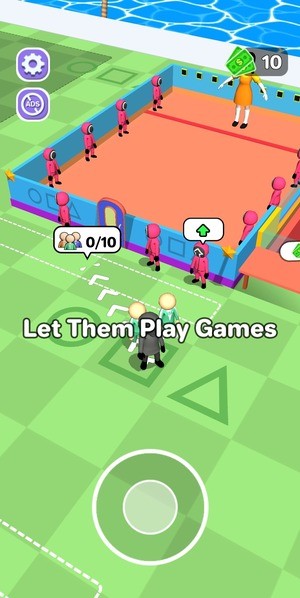 On your first level, you have to move quickly across the field while a huge creepy doll has its back turned. However, as soon as she turns her face, and preferably a little earlier, you should stop. Special people will immediately eliminate those who moved even a little after her turn. This marks a loss.

Participate in each of the tasks

You have to supervise all this and watch how characters in Survival Game Master fight for life and money.

Survival Game Master has 2D graphics, which is fairly standard for games of this genre. There are no graphic frills here, but the project still deserves to pay attention to it.

We recommend using Survival Game Master mod for unlimited money, which can help you upgrade all the improvements without any difficulty.

Survival Game Master is a casual game inspired by the famous TV series Squid Game where hundreds of players take part in a deadly competition for the chance to win tens of billions of won. You have to pass all the tests shown in the original series as main character. Customize its appearance at launch. The gameplay is quite simple. You need to listen to all the instructions of the staff and carefully follow the rules of each game. Try to get around the numerous opponents and not provoking the guards to unnecessary cruelty.

The story of the game takes place in South Korea, where a company of super-rich businesspersons from all over the world regularly organizes a deadly survival tournament, which involves ordinary people who got there because of debt. They cannot repay their loans and lead a poor life at the bottom of society. However, they get the opportunity to win 46 billion won honestly in secret competitions. It is enough to support calm living for the rest of his life. No player has any clear advantages and can choose his own strategy of action, including a single passage or cooperation in teams.

Survival Game Master is another game based on the acclaimed series. We cannot call it the best, but still it is far from the worst.