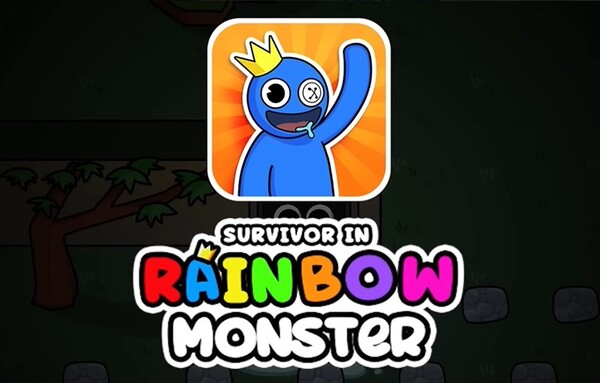 Survivor In Rainbow Monster is a new project from Great Arcade Games in which you will have to play as a little boy. You have been kidnapped and placed in an abandoned park where you are destined to spend 5 nights before being found. Complete daily quests and remember that each monster has its own characteristics. Use tactics to be one step ahead of the monsters and listen carefully so as not to miss the attack from the back. Earn money to unlock new rewards and opportunities that will help you survive to the bitter end.

Survivor In Rainbow Monster came out just a few days ago, but has already become a hit on all mobile platforms. Despite the visual similarity to Among Us, the gameplay will be significantly different here, as we will talk about next. 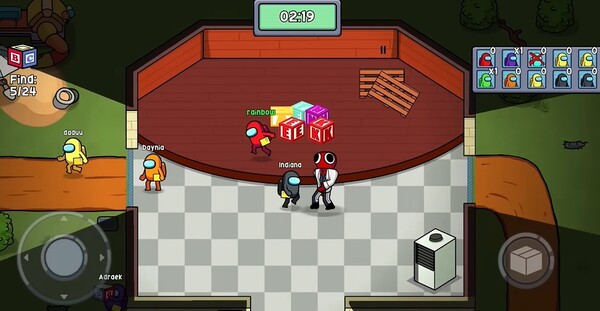 Try to survive at any cost

You have to do everything possible to survive after you got to the park. To do this, the main character needs to hold out for 5 nights. Try to remain unnoticed so that the monsters don’t eat you alive. Use all possible tricks and tricks to live as long as possible. Enemies do not sleep and are constantly looking for you. Be one-step ahead and wrap everyone around your finger.

In addition to simple survival, you will also need to complete five quests in Survivor In Rainbow, one for each night. On the very first night, the main character will need to find several blocks that are scattered throughout the park. Getting to them is not so easy, but as you complete the quest, you will receive additional items to use that will help you survive.

The second night will require even more perseverance from you. The main character will need to arrange the food for the monsters properly in order to ensure a safe passage. The only caveat in this quest is the fact that no one knows how the monsters will move. Accordingly, every time you have to take risks to put food under their noses.

The third night will require you to fix a special machine. However, it is impossible without some tools and parts. Again, you have to walk through a dangerous park in search of the necessary items. 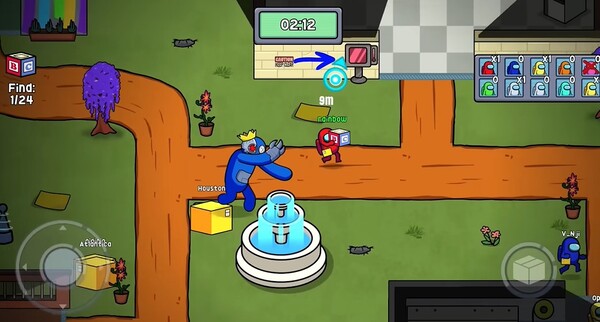 The fourth night will provide you with another adventure. You need to turn on the light in a small room infested with monsters. They are constantly on the move to save you, so try to do everything as quietly and quickly as possible.

The fifth night will prepare a surprise for you – a hidden quest, the essence of which you can find out just before the start of the task. One thing we know for sure, players have never seen such a difficult task. It will be incredibly scary and difficult.

At this point in time, Survivor In Rainbow features several types of monsters. Among them, there are blue, orange, green and purple monsters. Each of these creatures has its own special characteristics that you need to take into account during the passage.

For example, the purple monster likes to hide in hard-to-reach places and ventilation. Try to avoid ventilation grills and other secluded places so as not to come face to face with the enemy.

The orange monster has a mastery of camouflage and can disguise itself under absolutely any interior. That is why he can be anywhere and appear in front of you at the most inopportune moment. The only advantage for you is the ability to feed him. A well-fed monster will not touch you for a while. 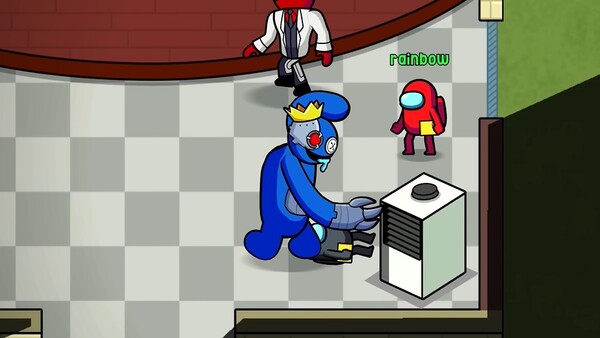 The green monster has incredible strength, but slow speed. Thus, you should not be afraid of the very fact of its approach, but rather a pile of metal flying at you. Try to dodge his attacks and make little noise so as not to attract too much attention.

The blue monster, on the contrary, is the fastest of its relatives, so it should be feared the most. Moreover, it will be extremely difficult for players to guess the route of his following due to his chaotic movement. Thanks to this creature, you have to be on the move constantly so as not to get to him for dinner once again.

If you want to be prepared to the hardest fight ever, you will need additional resources that cost in-game currency. Therefore, we offer you to download Survivor In Rainbow Monster Mod APK for unlimited money that you can spend for the above-mentioned purposes. Be ready for tough fight and use all available arsenal for this.

Survivor In Rainbow Monster is a very interesting game in which you have to live for 5 whole days among dangerous monsters. Keep an eye on their movement so you don’t get caught, and use your tools and even food to distract them or take them in a different direction. Beware of dark corners and listen carefully for approaching footsteps. These may be your enemies. Apply tactical and strategic skills in order to stay alive.