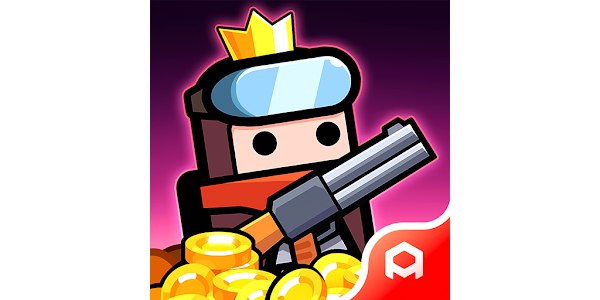 Survivor!.io is a casual game from the famous studio Habby. Play as a brave hero against a crowd of zombies. You only have a pistol at your disposal to kill these creatures, but you can collect crystals at the level along the way. Improve your character by buying new weapons or simply increasing its performance. The whole gameplay is that your hero runs around the map and tries not to let himself die due to hordes of zombies. Sometimes you will encounter bosses. Survive as long as possible and then unlock new maps and modes. There will be no time to be bored!

Survivor!.io appeared on Google Play in the summer of 2022. In a short time, the project has already more than a hundred thousand downloads and the reviews about it so far are purely laudatory. You can find out more in our review.

Survivor!.io offers you to accept the challenge and go to kill monsters. They can be very different here, so try to adapt to them, choosing the right tactics for the battle. The most important thing is to monitor your health indicator. After all, if it reaches zero, you will lose.

Your task is not only to kill zombies, but also to collect green crystals on the map. They appear on the site of the corpse of the enemy. In general, the gameplay is endless – monsters are constantly regenerating, over time there are more and more of them, and it will be harder to survive.

Improve the characteristics of the hero

As mentioned above, you will need green crystals for pumping. When you collect a certain number of them, you can level up. After that, there will be three upgrades to choose. You need to choose one of them and in this way make the character stronger and more resilient. Among these improvements can be both passive skills, such as speed of the character, number of his lives or standard damage.

There may be additional types of weapons that can help you in a difficult moment. For example, you can resort to using flamethrower traps or an explosive boomerang. If you like spectacular explosions, then take a rocket launcher. This weapon will occasionally shoot at your opponents, dealing massive damage to them. Make improvement with each increase in level. It is logical that the further, the more difficult it is to pump.

When you first die, you will find the main menu, which has several sub-items. For example, an application has a test mode. This mode is suitable for training. Get certain tasks every time you need to complete them. Survive for several minutes under waves of zombies, kill a certain number of enemies, and so on.

In addition, there you can find different locations for the passage of the campaign. In addition, you can use gold coins to buy permanent upgrades for the hero. Thus, improve his attack, armor, life, speed and more.

Survivor!.io presents a vertical mode, and the project itself boasts three-dimensional graphics in a very colorful design.

We suggest you download a special mod-menu in which you can activate the following functions: invulnerability and damage increase by 10 times. To access these mods, click on the left round button in the upper left corner of the screen after launching the application. Then you can select the cheats you need, and turn them off at any time if necessary. 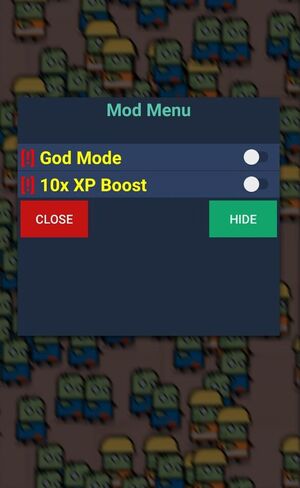 Survivor!.io is a classic io game with many virtual opponents controlled by artificial intelligence. Fight off crowds of enemies, having at your disposal a different arsenal of weapons. Deftly maneuver between the zombies and do not let yourself get into their cluster, otherwise you will die right there. Level up a few levels and try to fight the boss to get great rewards.

If you still die, then do not despair. With the money earned during your attempt, you can seriously upgrade your character, as well as open new locations. Step by step, you will be able to go through the whole game without much difficulty. Use the mod if you want to make it even easier for you.

Survivor!.io is a dynamic and addictive game where you have to prove your survival skills. A whole layer of genres is mixed here: action, arcade, roguelike and a casual project. In general, you should be satisfied.