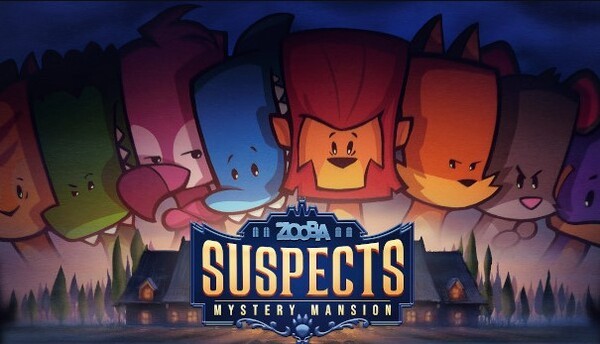 Wildlife Company knows how to make good and popular games. A prime example is Zooba. It took the concept of battle royale, but the authors added their own additional features. In particular, cute animals play the role of characters here. Suspects: Mystery Mansion follows a similar pattern. It copies the mechanics of Among Us, a popular game about astronauts who identify a traitor on a spaceship. In the copy, there is a mansion instead of a ship and cute animals instead of astronauts. The result is stunning – the game flew into all the tops immediately after the release!

Wildlife Studio is the creator of many popular Play Market applications, such as Tennis Clash or Zooba, each of which has a well thought-out mechanic and excellent graphics. Today it is worth highlighting Suspects: Mystery Mansion, as developers used there the most popular mechanics of recent times. At the moment, number of downloads has exceeded 5 million mark, so we suggest to consider the main project advantages.

Suspects: Mystery Mansion is rich in variety of gameplay. The developers have prepared several modes at once, differing in complexity:

Remember that you can not only increase level of your IQ, but also lose it if you did not perform well during the match. 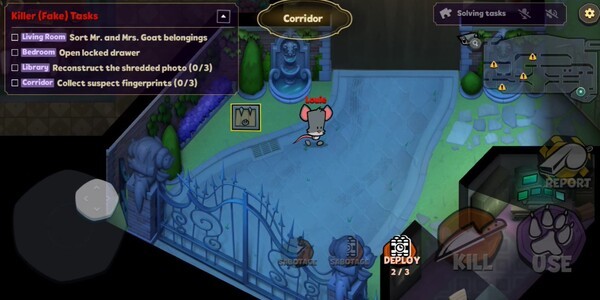 Each month, Suspects: Mystery Mansion begins a new season, as developers offer to purchase a “golden pass”. Some prizes are available free, but you can get most items, as well as unique characters, only with purchased pass. In any case, you have to play a lot, accumulate experience, leveling up in order to get this or that reward. During events, new modes appear, but they can only be unlocked at a certain level of the gold pass.

Suspects: Mystery Mansion is fully interactive and you need internet to run it, as there is no bots in game modes. The game features only real people, which is why it is fun to play. Each participant, no matter if it is a guest or a maniac, has its own goals and tasks for the game. Therefore, everyone has to do something and not just sit in one place and wait for the killer to betray himself.

Another cool difference is voice chat built-in directly into the gameplay process. You do not need to download additional mods. It is enough to give the game appropriate access to sound playback. This way you can hear what the participants are talking about and respond with text. The chat itself is not active all the time. It opens only in several cases. Accordingly, you can talk to the team literally several times in one game. There is also a chat for those who died, so if you stay until the end, then you will be able to find out which of the participants was impostor.

Suspects: Mystery Mansion is notable for the presence of variety of characters. They are all animals and they are all cute! However, they open as the player’s experience level increases. IQ is no longer important here – experience comes after each match, regardless of the result. Therefore, you need to save up for new characters anyway. In addition, you can customize them!

In order to buy skins, as well as tickets that give a guaranteed opportunity to become an assassin or a detective, you need in-game currency. The cost of items in the store is quite high, so you have to try during matches to win, accumulating the required amount faster.

Developers decided to sacrifice the quality of graphics and made everything in cartoon style for maximum performance on mobile devices. Soundtrack in the game has the highest level. Full dubbing perfectly complements the actions taking place on the screen.

Despite the fact that the main advantage of Suspects: Mystery Mansion is achieved negotiations with real people, there are still several ways to cheat the system and earn additional points for yourself. We suggest you download a menu mod with several interesting features. First, you will be able to gain the ability to know who the impostor is from the very beginning. Secondly, you can activate the function of invisibility and not worry that someone can kill you. Third, you can use Max Light ability. There is also an opportunity to use a teleport to different places on the map, like outside, inside, lights with mass kill option. In general, all the mod features are useful enough, but still other players can complain about cheating. Use the mod at your own peril and risk.

Our team has verified the functionality of above Suspects: Mystery Mansion mod and can fully guarantee its functionality. After starting the game, it will be enough to open menu in the upper right corner and use functions that we talked about in Mod Description. It is worth noting that in order to make Show Impostor option fully functional, you must necessarily restart the function every time after a Meeting. The impostor will be highlighted accordingly during a conversation with other participants.

Suspects: Mystery Mansion has quite a variety of gameplay. It all starts with the fact that you need to join the match or create your own with your friends. If you get a guest role, you need to complete your tasks, report dead bodies, discuss and expel impostor or finish tasks in form of a ghost, if you are already dead. While in the form of a ghost, you can only communicate with other ghosts. Tasks are very diverse: fix a rickety picture on the wall, sort objects, fix lighting and restore a photo from pieces.

The killer must carefully destroy every civilian, while trying not to betray himself. Remember, if someone spots you over the corpse, then you will inevitably find yourself on the losing side during the voting. In addition, you can turn off the lights, plant bombs. If the guests fail to defuse all the bombs after the time expires, then you have won!

The detective is one of the most interesting roles, because only he can really confront the maniac. He can scan any participant at his discretion. He can even find out the number of kills performed by specific player. However, this is not yet a guarantee that he is not a maniac. Be careful during scanning suspects.

Suspects: Mystery Mansion delights gamers with a large number of characters represented in the game by animals: fox, mouse, lion, dinosaur, flamingo, shark, hare, penguin, chameleon, tiger and others. In total, there are more than fifteen different representatives of animal world. In addition, you can buy cute skins: a cook, an angel, a vampire, a cyborg, a swimmer and many others.

If you are looking for a truly addicting game with elements of social interaction, then we recommend downloading Suspects: Mystery Mansion. Match the role you have in order to win. Move around the map, complete simple tasks. Be careful, because somewhere near there is a fierce killer hiding under the guise of an ordinary guest. Try to survive and find out the one who commits malicious crimes. Chat, make new friends or get together with your company without strangers.