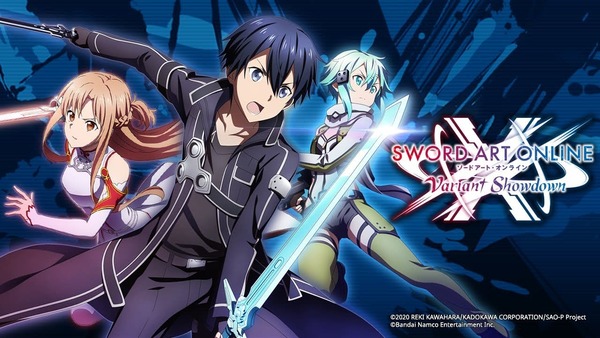 Sword Art Online Variant Showdown is a fascinating role-playing game from Bandai Namco Entertainment Inc. In this project, your heroes will learn about a new game called Cross Edge, which causes memory loss. You personally go to this game, but at the same moment gets ambushed! This is where the main plot of the app begins. During the passage, you will have to face all kinds of monsters, fight huge bosses and complete quite a few quests. Gradually you can upgrade your character, or discover new ones. Over time you will be able to assemble a whole team of three fighters that you can control during the battle. The battles themselves are very dynamic, and the mechanics of combat are well designed, where you regularly need to use different types of attacks, defense, and always be in motion.

If you are interested in more details about the project, you should read our review.

Sword Art Online Variant Showdown is a spectacular action game with RPG elements, an interesting storyline and anime styling. The story of the game tells us about the same characters as in the anime. This time it revolves around a strange game codenamed “Cross Edge”, where players completely lose their memory! The protagonists set out to investigate the problem, but are ambushed. Now you will need to help them get out of there, and at the same time stop these strange and dangerous game. That’s the plot twist of the project, but the further you go, the more interesting it will be. Help Kirito and his friends emerge victorious from this battle. 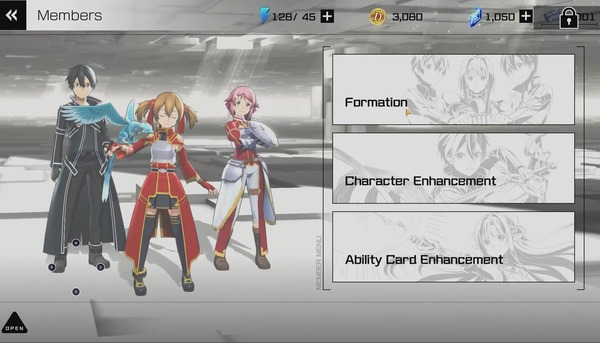 The main feature of Sword Art Online Variant Showdown is the combat system. With intuitive controls based directly on taps and swipes rather than active keys and joysticks, you get to immerse yourself in a virtual universe (in line with what was described in the anime of the same name). Pairs, blocks and dodges, lunges, counterattacks and combo punches – all these and many other elements of combat are energizing and adrenaline-pumping! Use your skills and reaction to switch between attacking and defending with dexterity. Upgrade your characters to their full potential on the battlefield. 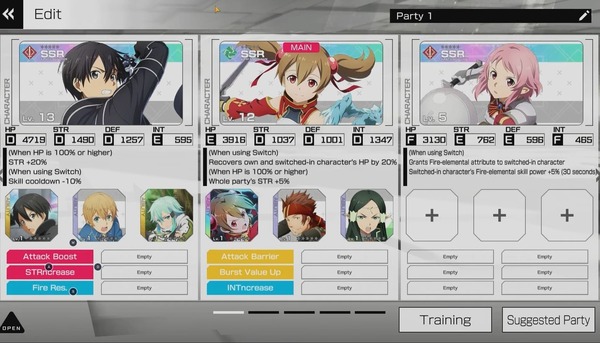 You can choose three main characters to fight for you on the battlefield in Sword Art Online Variant Showdown. Every level has its own world filled with strong and dangerous creatures. Initially, you will have to choose your character’s appearance, including his/her hairstyle, building, gender, and other things. Soon you will meet a partner who will give you training. During the game you will be able to increase the characteristics of your character, gain experience by defeating monsters and completing tasks. With each new level you will unlock new character skills that can be upgraded to enhance your character. You will also be able to equip your character with new weapons. 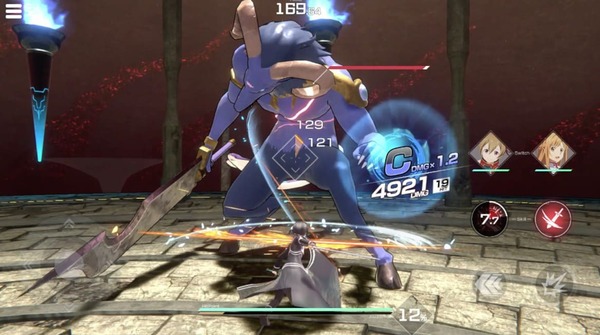 Sword Art Online Variant Showdown is an addictive anime-style role-playing game that will take users to an imaginary world filled with many mysteries and various monsters. Choose three heroes and go on an exciting journey, fighting with everyone who gets in your way. Advance and develop your hero by learning new attacks and buying good equipment and gear.

The graphic shell of Sword Art Online Variant Showdown, as mentioned above, is presented in an anime style. Everything looks very nice due to various effects that perfectly complement the image, making it rich and very attractive.

Sword Art Online Variant Showdown is a new part of a great game about the adventures of Kirito and his friends. The gameplay will make you try hard to reach your goal. Prove that you are the best and defeat everyone, always assess the situation and make the right decisions that will lead you to victory.