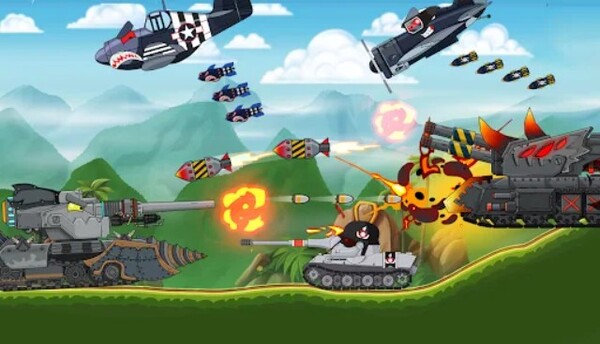 Tank Battle – Tank War Game is a game about tank battles. Start assembling a tank from a wide variety of parts. Choose a suitable chassis, then install the hull, then the turret and the gun. Choose a wide variety of weapons, which will differ in caliber and type of shells used. Try to pick up the strongest possible hull and turret so that enemy shells cannot penetrate your armor. Then pick up the engine, the power of which should be enough to move the combat vehicle from its place. Now you can go on the first mission to fight other tanks and get to your first boss. If you are into action, you can also download Super Sus and Super Dragon Hero Game.

Tank fights have always attracted many militarists and just fans of active gameplay. If you are one of them, then Tank Battle – Tank War Game is for you. 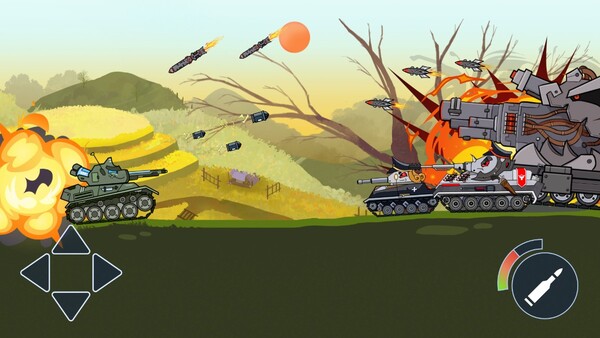 Before you go to war, you need to build your own tank that can crush any enemy. You have to start with choosing a tower, which increases strength and allows you to install different types of guns. The hull of the tank must be both strong and light in order to withstand accurate hits of shells and quickly move around the locations. Do not forget about the installation of the chassis and strong tracks. They will help in overcoming numerous obstacles and bumps.

The meaning of the game is to complete levels where you need to deal with powerful enemies using your own tank. Move across colorful locations, use terrain features and make accurate shots. Pleasant boosters will help you pass the levels: armor recovery, a powerful missile strike and a drone that flies with you and additionally deals damage to enemies.

The combat potential and possibility of destroying enemies depends on the installed weapon. The guns have different rates of fire, and the range of damage and the damage dealt depend on the types of supplies. Don’t forget about the powerful engine. Thanks to it your tank will be maneuverable and will be able to withstand the heaviest loads on the battlefield.

There are several modes in Tank Battle – Tank War Game. Choose what you like best: single missions in which you can get your first fight experience; battles with bosses, including flying ones. You have to be smart; online duels with other users that match your level; group rides. The game has various bosses, as well as special missions, the completion of which will bring you a lot of in-game currency. 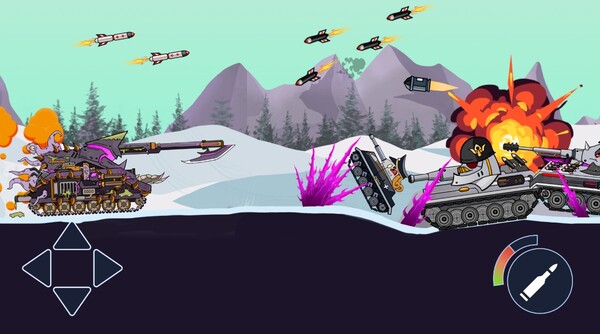 The gameplay within the Tank Battle – Tank War Game project is focused on tank battles. Since we are talking about a 2D platformer, there are no voluminous maps, as well as maneuverable battles on realistic vehicles. Each user controls certain armored vehicles, both real and futuristic. You spawn with the enemy at two different ends of the linear level.

There are quite a few hills on it, as well as potholes, you can easily roll over on them, so be careful. The physics in the game are realistic, although there are doubts about this at the moments when the tank pilot performs somersaults on his car on the next climb. Models have a cartoon style, but this is not striking. 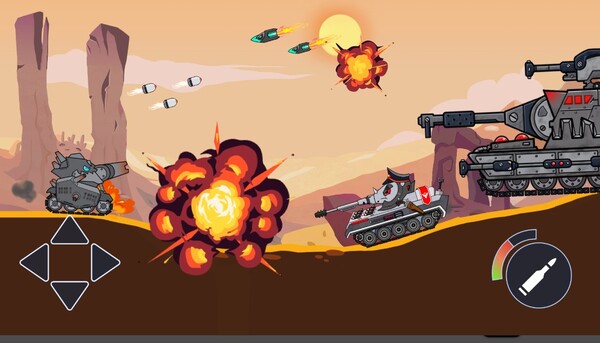 The key feature of the project and its difference from most similar applications is the ability to customize armored vehicles. Improve them and modify them. You can increase the speed, maneuverability, stopping power and armor of your vehicle. At the same time, it is quite possible to get each such innovation without a donation, since all improvements cost money that you receive simply for winning missions, as well as battles.

Tank Battle – Tank War Game is a cool tank battle game where you have to upgrade your tanks and defeat your opponents. Fight and be successful.