Tanks a lot! – multiplayer 3D tanks for Android developed by BoomBit Games. Here the player can build iron monster from separate parts, hire commanders and fight other tankers in real time. The project came out of beta testing on August 21, 2018. During its existence, Tanks a lot! managed to collect more than 10 million downloads and get over 200k user ratings. Let’s not deny that the action turned out to be great. There is dynamics, bunch of weapons and distinctive technology features and amazing colorful graphics. Now creators continues to actively develop Tanks a lot!, as we get fresh updates almost every week.

Let’s look at the key game features so loved by players from all over the world.

There is no plot in Tanks a lot!. It all lies in the confrontation between two teams (there are exceptions), consisting of real players from all over the world. Game has four battle modes to prevent you from getting bored: 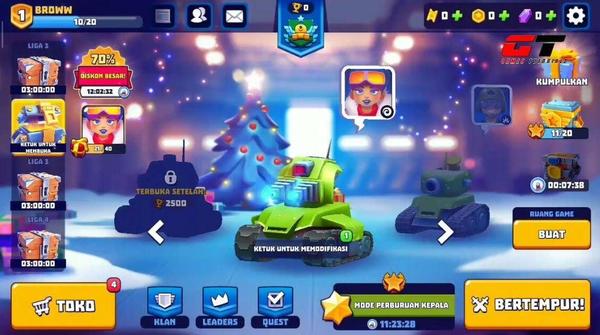 Combine tanks as you want

The developers made sure that gamers had something to combine. Almost from the first minutes of Tanks a lot!, two types of chassis and guns are available, as very soon you can get the third variation, while the total number of module options is more than 10. Moreover, each type has additional features such as an EMP strike or Gatling turret for electric gun. Fast reactions, straight arms and the right combination of chassis and cannons guarantee a large number of frags. 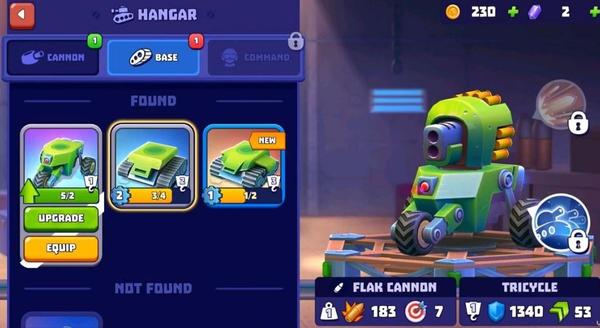 Ability to choose a commander

Commanders have connections to the types of weapons and increase their characteristics if they have correct match to the selected type of gun. Not without special skills. There are practically no secrets in Tanks a lot!, but the main one is the choice of elements for upgrading. You should not spend resources on all weapons and should choose only those elements that you will use to fight in future.

There are three types of guns in the game depending on the type of damage dealt:

Any weapon has an indicator of damage, range and one special skill that you can us in battle when upgrading a weapon to a certain level. In addition, weapons have a certain weight from 1 to 3. Depending on this indicator, the successful battle completion includes the correct choice of chassis. They also have special skills and you can improve them in movement speed and overall health.

From the very first minutes, it becomes clear that developers created Tanks A Lot! solely for entertainment and it’s very similar to Brawl Stars. The menu and interface are designed in bright cartoon colors and do not overload either the visual perception or your device. Models of guns, trucks and chests are simple and uncomplicated, but quite aesthetic and correspond to the general game atmosphere. 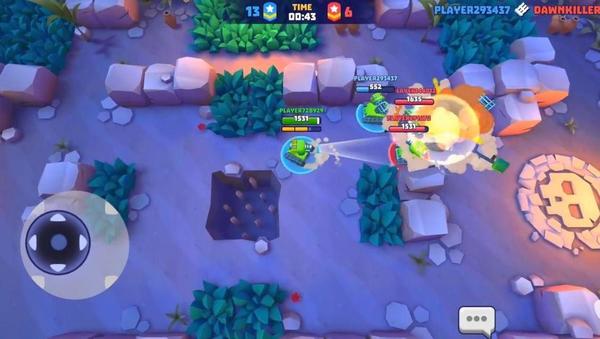 Tanks hangar has 3D view while the battlefield has 2D top view, which somewhat resembles Tetris tanks. However, the effects don’t suffer from this camera position: shots, explosions, animation of tanks movement – the developers worked everything out at the highest level.

Despite numerous promises to provide users with a god mode, infinite money and increased damage option (YouTube videos confirm its existence in previous game versions), now the only working mod is extended to infinite ammo. This is not surprising, since the game has multiplayer, aforementioned advantages can lead players to account ban too quickly. However, the lack of recharge is much more difficult to track down, which allows you to use such feature for a long time. 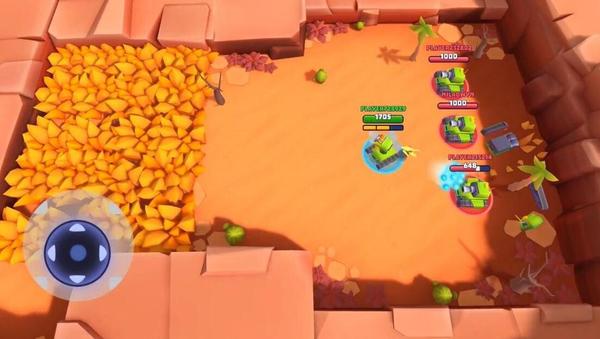 We have personally tested the mod for Tanks a Lot! on our devices and can assure you that everything works as expected. Already during the first training session, which begins immediately after launching the game, you can shoot enemies without additional waiting for reloading. This advantage allows you to easily win fights, but we recommend not to abuse it, because a few complaints from other players will lead to your game account being blocked.

A few words about controls. You need to control the tank using the joystick in the lower left corner of the screen and tap buttons to shoot on the right left. If there are no complaints about the joystick, then tapping seems somewhat inconvenient – in order to set the direction of the shot, you need to hold your finger on the screen without lifting it, which is extremely difficult in conditions of constant movement and picture changing.

For winning matches Tanks a lot! Awards players with chests. Its value is determined by the type and belonging to the league level. They carry cards with resources, improving weapons, chassis and commanders. You need to wait a certain time to open them (up to several days). Viewing ads and crystals can speed up the opening process. The latter open chests instantly, but at the same time crystals are in short supply due to their premium status (in-game currency). 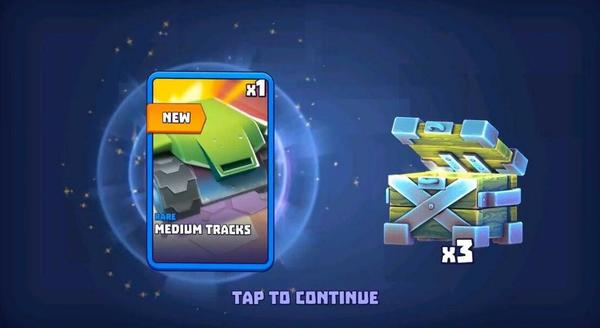 The best part: you can fight at least all day, because there are NO restrictions on the type of energy or fuel.

Whether you want to kill a few hours on the road or just relax after a hard day at work, Tanks A Lot! is the way to go. Intuitive controls, simple gameplay and cartoonish graphics can really unload the brain while you need just to shoot, shoot again to get cooler guns, shoot better, shoot … well, you get the idea. Happy skating rinks!

How to install Tanks A Lot! Mod?

Don’t forget to delete the original version of Tanks A Lot! before installing our modified version to prevent errors during installation process.