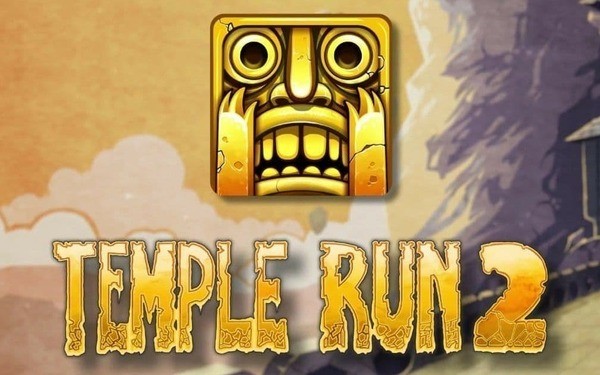 Temple Run 2 is a classic runner with nice atmospheric graphics. The protagonist is an unlucky archaeologist who accidentall

y awakened an ancient Evil. Having stolen an ancient artifact, he awakened an insidious idol, passionately dreaming of returning the loss. Now his and yours main task is to run as long as possible and further, because the vengeful idol literally breathes down the back. In addition to the insidious Evil, the hero awaits a wide variety of obstacles: crumbling bridges, archaeological excavations and cunning traps, very difficult to overcome. Along the way, you have to not only avoid cunning and dangerous traps, but also collect numerous useful bonuses. Moreover, we have other great runners too. For example, Zombie Tsunami and Minion Rush.

Temple Run 2 has become a real bestseller among Android projects. The game has more than 500 million downloads from official sources.

Gorgeous landscapes with an endless variety of obstacles and traps await you. Descend into multi-level mines, run among picturesque waterfalls, explore the ruins of ancient temples, jump over precipices and enjoy the beauty of a mysterious world. The scientist has to run through multi-level mines, hide from the pursuer among waterfalls and overcome traps. Colorful graphics of Temple Run 2 sometimes make you want to stop and take in all the views. However, it is not impossible, because the bloody idol literally breathes down the head back, so stopping is equal to death. 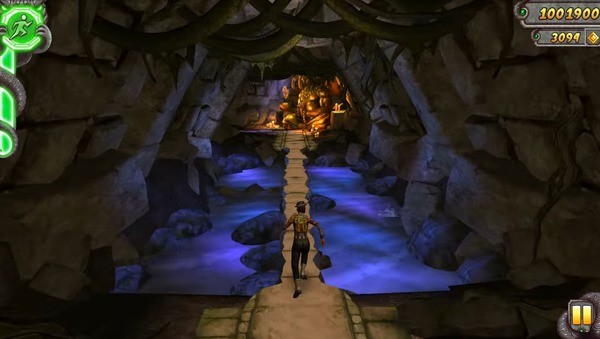 Even a child can master Temple Run 2, because the controls here are extremely simple. Use touch controls to easily control main hero and prevent him from dying. Move to the sides, jump and swing to overcome all obstacles and keep your hero alive. In the end, activate useful bonuses using all the same mechanics.

In addition to endless running and numerous traps, you can also find a cunning system of game bonuses. Its availability in Temple Run 2 opens up dizzying opportunities for character development. Increase the amount of health for your hero or slow down the action of one or another trap on the track. Finally, multiply your wealth by collecting various upgrades. Such a flexible system of bonuses brings even more interest to the gameplay. In this way, you not only run from point to point, but also have an additional incentive in the form of collecting prizes.

Unlock all characters, including the legendary Usain Bolt.

From the first minutes, Guy Dangerous plays the role of main character in Temple Run 2. You can save up money to purchase additional characters: Karma Lee, Scarlett Fox and Barry Bones. More recently, gamers could open completely new heroes in the person of Zack Wonder, Francisco Montoya and Montana Smith. Moreover, the rarest character is the legendary athlete Usain Bolt, who is the fastest man on the planet and a repeated world record holder. 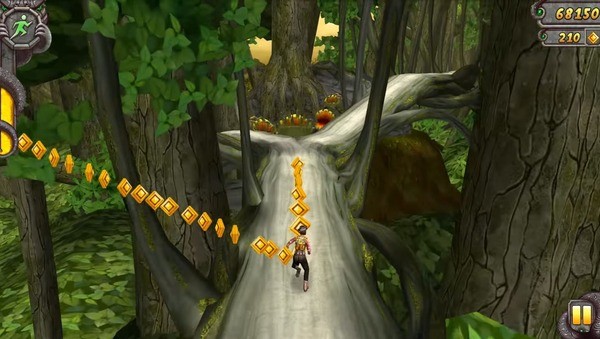 The first part was interesting, but rather mediocre in terms of graphics. Now the situation has changed dramatically, and the picture has become much more cheerful and believable. The project creators focused on realism. Well-detailed textures in Temple Run 2 make the image very juicy and bright. The earth is barely visible somewhere under the clouds and the local landscapes often make you forget about the gameplay itself. We also note the high-quality soundtrack.

We bring to the attention of users a mod that allows you to make free purchases in the game. You can buy something or learn skills, even if you do not have enough game currency.

Based on the test results of Temple Run 2 and its mod, we confirm functionality of unlimited money option. In fact, you have an infinite amount of coins at your disposal, so you can always replenish your inventory with any equipment, as well as learn skills. Follow our instructions below to download the game to your smartphone or tablet. After installing the game, you can immediately take full advantage of the above-mentioned features. No additional effort is required from you.

Temple Run 2 amazes with its minimalism. Despite all the colorfulness and stunning graphics, the game world is laconic: there are no useless objects on the screen. 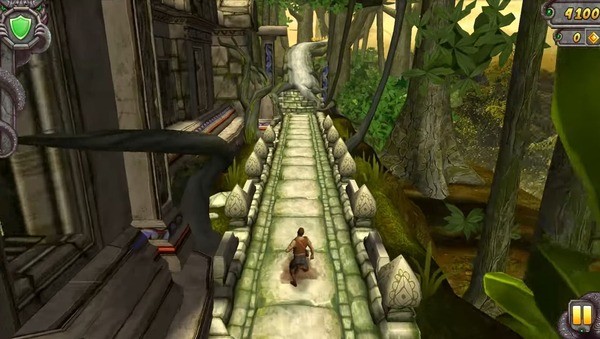 Each hero has two types of improvements: active and passive. You can choose active upgrades before each try and activate during the run. Passive upgrades persist throughout the game as you can select them only once. In addition, Temple Run 2 has two types of game currency. Along the way, your hero collects coins, while crystals are extremely rare. Coins allow you to improve the passive characteristics of main character. However, you have to spend precious crystals for active improvements. In addition, crystals make it possible to revive right at the place of death.

Developers from Imangi Studios managed to find a balance between colorful graphics, dynamic storyline and minimalistic design. Temple Run 2 turned out to be much better than the first part, combining the best features of the prequel and avoiding its shortcomings.

How to Install Temple Run 2 Mod?

Don’t forget to delete the original version of Temple Run 2 before installing our modified version to prevent errors during installation process.